Amy Ashenden
Freelance journo currently on my Year Abroad in Madrid, and blogging it at madridforbeginners.wordpress.com. BA French and Spanish at the University of Southampton, Editor of studentjournals.co.uk, and previous intern at g3 magazine and Pink News. Proud freelancer for BBC South East.

2013 may have been the year of Jason Collins and Frank Ocean’s coming out but where are all the gay, black male role models? Celebrities or fictional characters, how many can you name? I bet you can count them all on one hand.

Bernardine Evaristo has been jetting to Brazil, Germany and making her way around the UK on tour with her latest novel, Mr Loverman. Fighting stereotypes on many fronts, Mr Loverman, centres on an older, gay Caribbean man who is outed when his wife discovers his 60-year-long relationship with his male lover.

“I could have written about a twenty-something Soho bar hopper but that is a more familiar image,” Bernardine tells me. But she’s not one to follow the crowd. “I cannot think of a single representation of such a character in British fiction or the media. A 74-year-old black, gay man is not present.”

There’s no denying Barrington combines a lot of minorities you don’t read about or see represented very often. Mr Loverman is “controversial and courageous in equal measure,” as Dawn French said. In the UK, where 92% of journalists are white, ethnic minorities are largely absent from the public eye – let alone those who are LGBT, too. But creating a gay, black character was not her biggest challenge. “I was more worried about getting Barry’s ‘voice’ right as it’s in the first person and so I checked how he ‘sounded’ with Caribbean friends of mine. I’m mixed-race English-Nigerian and not Caribbean.” Did you find it difficult to write a character that is hugely underrepresented in media and fiction? “I relished writing it,” she says. “But did get feedback from older gay male friends to see how they thought I was doing.”

Bernardine didn’t set out to create a gay character, however. “My original intention was to write in the voice of an old Caribbean man and as I wrote Barrington emerged as homosexual and long term lovers with someone called Cedric who eventually became Morris, his great friend from Antigua. They’ve been secret lovers for sixty years.” Not the entire novel is written from his perspective though, as she “realised eventually that his wife needed a ‘voice’, to be brought alive in her own right. In the first draft we only experienced her through Barry’s cynical prism, so her sections, told in the second person, allow us to know what it’s been like for her to be married to a man for fifty years and not know he is gay.”

“Writing from silenced or absent perspectives and challenging myths and taboos,” is a huge passion for this award-winning writer and Co-editor of Black Britain: Beyond Definition. But Mr Loverman is far from Bernardine’s first pledge to giving minority voices a platform. Now on her seventh novel, she became involved with the Arts Council and Spread the Word, running a report on the ethnicities that make up today’s literary scene. And the results are disappointingly far from ‘multicultural’ – a term we increasingly use to describe Britain today. “Under one percent of books are by poets of colours,” she tells me.

“I then initiated The Complete Works mentoring scheme which has so far seen 20 poets mentored by 20 of Britain’s leading poets.” Its mentees have gone onto score publishing deals and win awards – it’s been such a success that “we hope to run a third version of this scheme,” Bernardine excitedly reveals.

There was a “trend for ‘urban’ novels by young men, and ‘multi-culti’ novels by young women,” but that didn’t outlast the noughties, she explains. “Now those writers, with few exceptions, have all but disappeared.” So is 2014 set to be a promising year for a multi-ethnic literary scene? “A few star names (tokenism) mask the fact that there is actually a lack of representation.”

Mr Loverman seems worlds apart from the Grindr-sexting, gay clubbing young, male gay community we tend to hear of. Was it important to you to remind readers that communities extend beyond what we tend to hear about in the media? “Absolutely,” she says.

This year the UK is set to see same-sex marriages take place. If Barry were real, he could soon be able to marry the lover he kept secret for so long. So why not write him as out and proud? “He’s an immigrant, from a deeply religious culture with a deeply religious wife and in a society where there are gay taboos and persecution,” she tells me. And that’s just among the white majority population, “let alone the black communities,” she points out. “I’m not making any sweeping statements or condemnations, but there are issues with coming out as black and gay, let alone for someone who is of such a great age.”

The protagonist’s age also led to setting Hackney as the location. “It seemed right to see this area, in the middle of its inter-generational journey to complete gentrification, through the eyes of this Caribbean old-timer who has lived there for 50 years,” she explains.

What would say Barry have to say Alan Turing’s pardon and Tom Daley’s viral coming out video? “He’d be very pleased about the Alan Turing pardon, and feel sad for him, and would have a good old chinwag with Morris about the trials of being gay back in the day. I think he’d have a word of warning to Tom Daley not to become one of those ‘gay exhibitionists’ – which is something he discusses with Morris in Mr Loverman. Morris, of course, would be cheering for Tom Daley.” 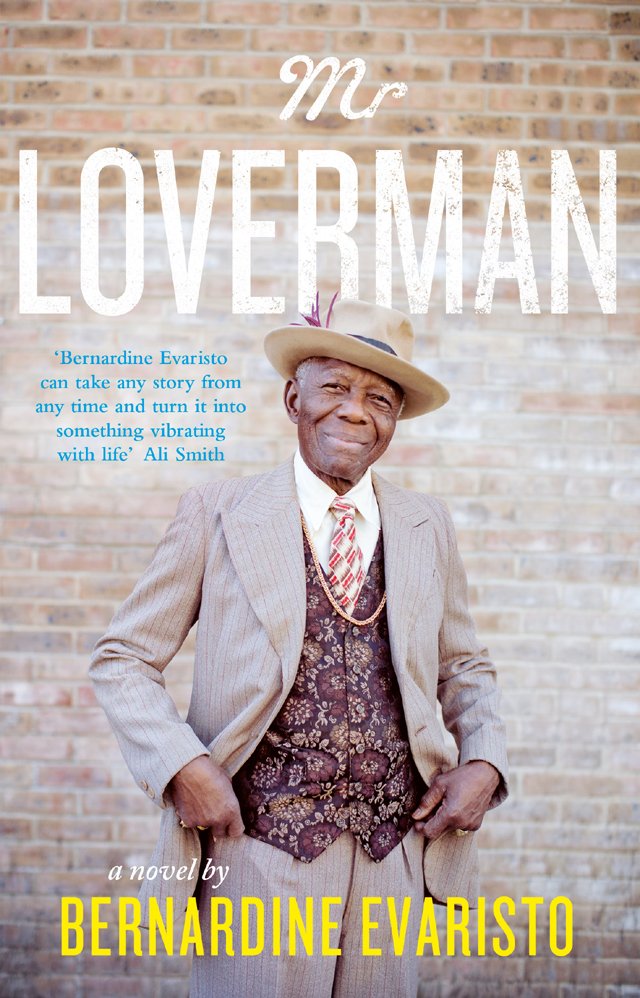 Freelance journo currently on my Year Abroad in Madrid, and blogging it at madridforbeginners.wordpress.com. BA French and Spanish at the University of Southampton, Editor of studentjournals.co.uk, and previous intern at g3 magazine and Pink News. Proud freelancer for BBC South East.

View all posts by Amy Ashenden →