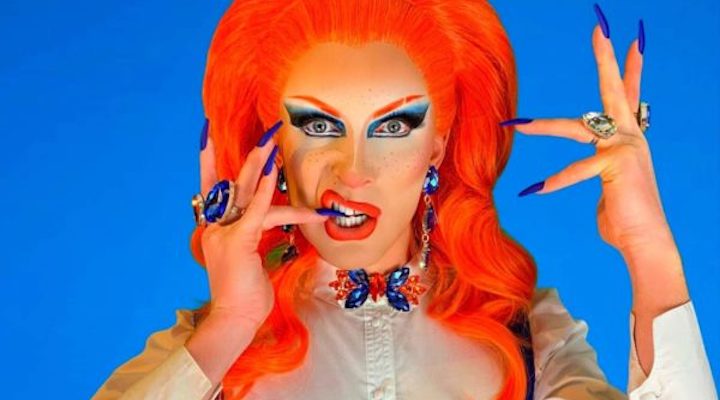 City Academy has launched Drag Up, a 6-part online drag course led by drag queen Camille Toe to guide those who want to learn the drag craft and explore and unleash their inner drag queen or king persona.

Anyone who has ever been to a queer space or tuned into the global phenomenon that is Ru Paul’s Drag Race, cannot have passed by the art of drag. As the performance art form continues to become more popular, more of us are exposed to the possibility of exploring our own inner drag persona.

For those who do want to take that journey of exploration, City Academy has launched a 6-part virtual course, set over six weeks led by London-based drag queen Camille Toe. The course is designed for anyone with some experience in performance looking to explore the colourful world of drag. Each week students will build on their persona learning about the history and legacy of drag performance, make-up techniques, stand-up comedy and improvisation, lip-sync, movement and of course fabulous costuming that will turn heads. By the end of the six classes, students will have the chance to create and film a solo act from home which will debut in City Academy’s digital showcase platform. Camille will be imparting her expertise in performance skills, acting, comedy, singing and more.

For more information and to book a place on the course, visit city-academy.com.