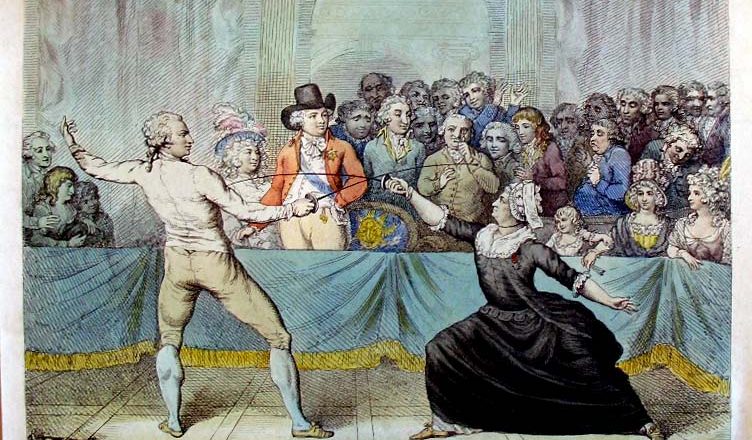 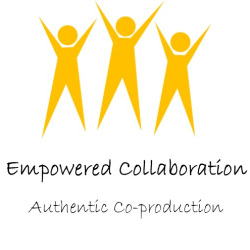 In this article, I will explore some of the hidden LGBT histories in the John Rylands Special Collections, especially for Lesbian, Gay, Bisexual and Trans History Month UK.

This article was originally published at the John Rylands Special Collections Blog and reposted by the author. 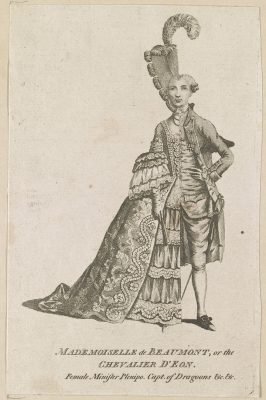 Chevalier d’Éon was a spy and double agent, and is considered by some to be Europe’s first openly transgender person.

After rising through the military ranks, d’Éon was approached by a network of spies created by Louis XV called Le Secret Du Roi (The King’s Secret). D’Éon’s first role was to work as a secretary to the French ambassador to Russia to foster good relations with Empress Elizabeth of the Russian Court to gain her support in putting Louis’ cousin, Conti, on the Polish throne.

Empress Elizabeth initially refused to host any French diplomats, so d’Éon gained her trust by presenting as Lia de Beaumont – d’Éon’s “sister”. Lia de Beaumont persuaded the Empress to write to the King Louis XV and invite a new ambassador to Moscow.

D’Eon was then dispatched to the Russian embassy and began a double life, presenting as Charles the ambassador during the day and Lia at the Russian Court. In 1763 a peace treaty signed between France and England ended the Seven Years War. The King wanted revenge so Le Secret Du Roi had a new mission: to invade Britain.

In England, d’Éon presented as Charles in English Court and Lia on the social scene; siblings who were never seen in the same room. The mission was to scout the coast for invasion points, but when Louis XV died his successor disbanded Le Secret du Roi and all their missions.

D’Éon attempted to blackmail the new king with threats to expose spy material to England. After many months of discussion, d’Éon signed The Transaction. In exchange for the spy documents, d’Éon would receive a pension and be publicly recognised as female. Mademoselle la Chevaliere d’Éon was formally presented at the court of Versailles on 21 November 1777.

This offer was possible because d’Éon was armed with a fictional narrative, which was implemented slowly throughout her career. It described a young girl forced into the role of a son by a tyrannical father whose patriotism led her to dress as a man to serve France.

D’Éon has written about these experiences in a memoir called Lettres, mémoires et négociations particulieres.

Scholars have discussed and argued over the sexuality of Michelangelo for many years.

Evidence of his homosexuality became apparent when it was discovered that Michelangelo dedicated over 100 poems to a man called Cavalieri Tommaso. The poems were published in 1623 by Michelangelo’s grand-nephew, Michelangelo the Younger.

Before publication, he changed the pronouns in the poems to female. (1) This not only erased the intended addressee of the poems but also erased an important aspect of Michelangelo’s identity.

His contemporary biographer, Condivi, said that Michelangelo often spoke exclusively of masculine love. In all of his correspondence he never hinted, even obliquely, at marrying. (2)

The real gender pronouns and recipients were identified in 1893 when John Addington Symonds investigated the Buonarotti archives and discovered the original versions.

Michelangelo can also be found within the architecture of the John Rylands Library. He adorns the ‘Art window’ on the south wall above the statue of founder Enriqueta Rylands.

‘Let me say here, that all my life, even when after years had brought
me the seemingly unattainable, I have found in women’s affection a
peculiar understanding…Thus it comes to pass that my relations with certain
women, all exceptional personalities I think, are shining threads
in my life.’

Ethel Smyth rose to become one of the most prominent composers of her time and a lead figure in the suffrage movement. She wrote operas, piano and organ solos, and orchestral chamber music.

At 54 she became part of the Women’s Social and Political Union and composed the suffrage anthem, “The March of the Women”, which she dedicated to Emmeline Pankhurst. She became Dame Ethel Smyth at the age of 64 and received an honorary music degree from the University of Oxford at 67. 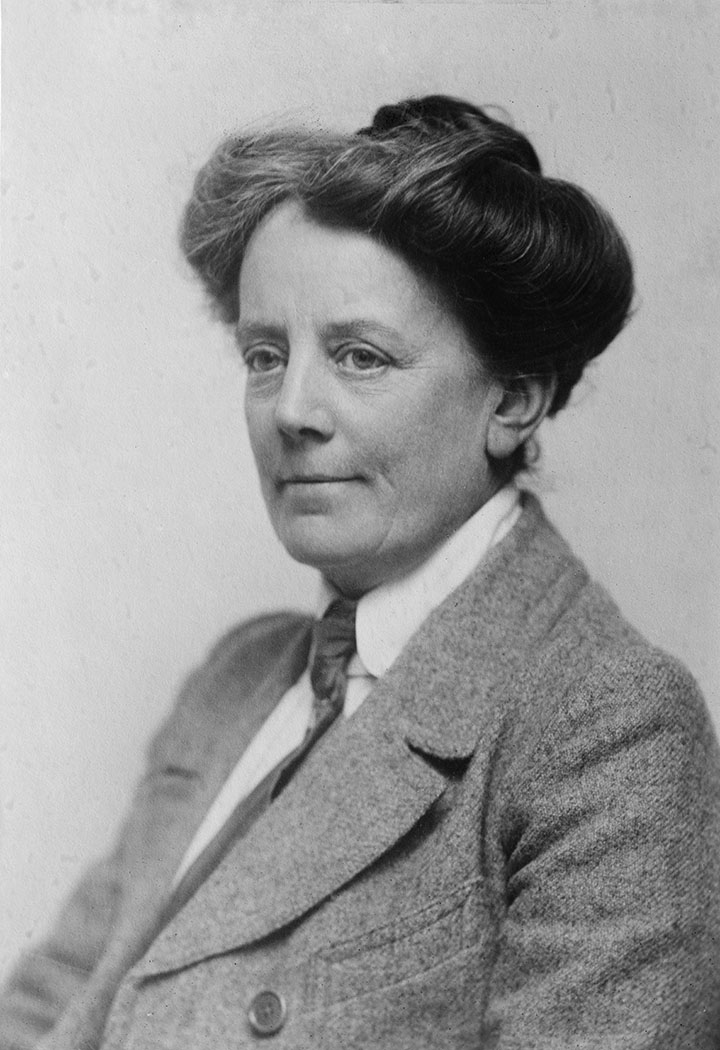 Smyth has been described as a prominent LGBT icon from the suffrage era. She preferred masculine dress and had very close intimate relationships with both men and women, including Emmeline Pankhurst, Henry Brewster, Edith Craig and Virginia Woolf. (3)

In her autobiographies, Female Pipings in Eden (1933) and What Happened Next (1940), Smyth describes romantic moments with her companions which are intimate but not overtly sexual in nature. However, this is not uncommon as homosexuality was seen as deviant and English society discouraged writers from explicitly mentioning their same-sex relationships in print. (4)

However, her romantic experiences can be traced through the letters she wrote, and the letters of Virginia Woolf and Quentin Bell.

She references her love of women in a letter to Henry Bennet Brewster in 1892: “I wonder why it is so much easier for me to love my own sex more passionately than yours. I can’t make it out, for I am a very healthy-minded person.” (5)

Here she may have been referencing her love affair with von Herzogenberg, which Vicinus describes as an example of “eroticized mother-daughter love.” (6)

In 1910 Smyth joined the Women’s Social and Political Union. During this period Smyth and Emmeline shared a close and intimate relationship. When Smyth became friends with Woolf in 1930 she disclosed this information, which Woolf then passed on to Bell via letter.

“We have a memoir meeting next week; and I have Ethel Smyth and Rebecca West to tea to discuss the life of Mrs. Pankhurst. In strict confidence, Ethel used to love Emmeline — they shared a bed.” (7)

During their friendship Smyth developed feelings for Woolf. Bell wrote of their relationship in letters to friends.

“D’you know, Virginia, I don’t like other women being fond of you.”

Woolf replies, “Then you must be in love with me Ethel.”

Ethel explains: “I have never loved anyone so much… Ever since I saw you I have thought of nothing else… I had not meant to tell you this. But if you want affection. You may take advantage of this.” (8)

Although Bell states Woolf was ready to give her some affection, it is not clear if the depth of love was reciprocated.

Smyth’s work life can be traced through the letters she wrote to friends and colleagues. The John Rylands Special Collections contain letters sent to philosopher Samuel Alexander regarding her work (references ALEX/A/1/1/76 and ALEX/A/1/1/26). The Guardian Archive references her works in an article from 1993 entitled “Putting Music to Women’s rallying cry”, reference R132084.1. References to Smyth and her various relationships can also be found in Virginia Woolf: A biography by Quentin Bell, reference R127916.

These items will be available to visitors throughout LGBT History Month.

*I acknowledge the problems inherent in determining the sexuality of someone unable to speak for themselves. However, if one is part of the LGBTQIA+ community it is empowering to have the knowledge of those powerful historical figures that are part of social heritage.

The Beaumont Society, The incredible Chevalier d’Eon who left france as a male spy and returned as a Christian woman, available at beaumontsociety.org.uk.

(1) Stern Keith, (2009) Queers in History: The Comprehensive Encyclopedia of Historical Gays, Lesbians, Bisexuals, and Transgenders. Paul Russell (1995) The Gay 100: A Ranking of the Most Influential Gay Men and Lesbians, Past and Present.

View all posts by Jass Thethi →