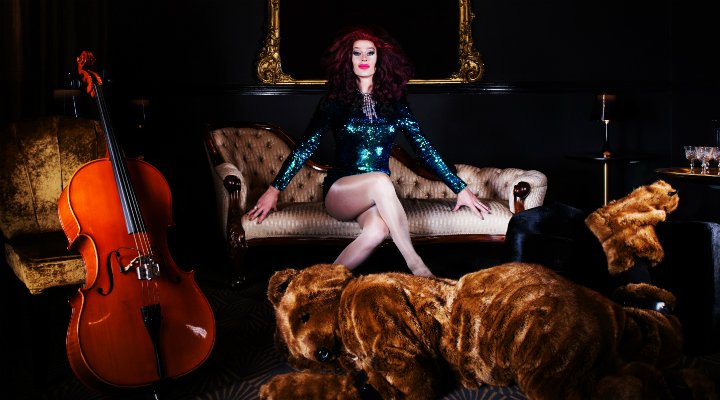 Full of compassion, honesty and humour, Dancing Bear explores the struggle between faith, sexuality and gender identity. In the run-up to the world premiere in Manchester, we chatted to local legend Divina De Campo.

Can you tell us more about Dancing Bear? Is it plot-driven or more cabaret-style?

It’s both, really. It deals with Christianity and its relationship with sexuality and gender. There’s a band with keys, guitars, strings and percussion. There are singers, dancers and actors. The narrative comes from the performers’ own experiences in life and their testimonies. So it’s a cabaret musical.

It all sounds a bit heavy but there’s lots of love and joy in the show. We previewed the show two years ago to sell out audiences and five-star reviews. Contact has very generously backed the show and is co-producing. After a lot of hard work and development, now is the perfect time to show audiences the final version, and the World Premiere will be at The Palace Theatre, Manchester on 6 and 7 February, which is incredibly exciting!

How did you get involved in the show?

I’ve known the director, Jamie Fletcher, for a long time. The show is part of a larger body of work and is the final instalment of The Dancing Bear Trilogy. I got involved with the second part, Alphabet Club, which is a film. Each part of the trilogy is its own stand alone piece, combining as a larger body of work exploring gender and sexuality. Thankfully, she still wanted me to be involved!

What is your favourite moment from the show?

It sounds trite but it’s genuinely difficult to pick a single part. I have a favourite song though, ‘New Lungs’, which is sung by Beccy Owen. She’s also the writer of the show and she has an extraordinary voice. It’s an extremely beautiful moment.

Recently, you also did storytelling with children. How did that go? Will you be doing more and if so, where can families expect to see you?

Yes! It was great fun! I’ve worked in education prior to (and during) my drag career, so it was great for me to go back into that but in a less formal setting. The children are our future as the song says, and working with Drag Queen Story Time and Our Kids Social on that was fabulous fun and also, I think, important. Clothes are clothes – if you want to wear it then do.

I’m definitely going to try and do some more, when that will be? At the moment I can’t say, but hopefully soon.

You’re very multitalented. Do you think that’s a natural part of drag (from wig-making to prop-making to writing to choreography), or did you make a specific decision to try lots of different things?

It’s a bit of both again. I’ve always been involved in as much as I possibly can because you learn so much from other people that you can adapt and use for other projects. However, my crafting was never very competent, so that side of stuff – wig, dress and prop making – has definitely been an evolution. Mostly that’s been through necessity. Like the Great Dolly says, ‘It takes a lot of money to look this cheap!’

What’s next for Divina?

Well there’s quite a lot happening. I’m working on my own solo projects. I’m also part of the 100 for The BBC’s new talent show All Together Now. I’m flying to Vienna to do some filming for a short project for Channel 4 and then Dancing Bear will be in Leeds at The West Yorkshire Playhouse in April time. So it’s definitely shaping up to be an exciting year. 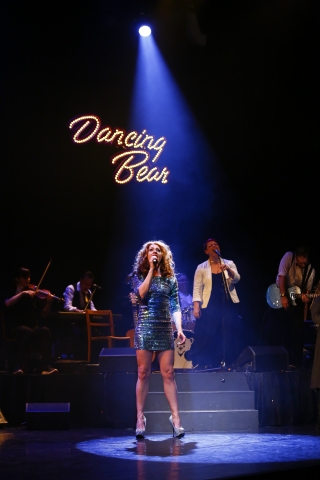 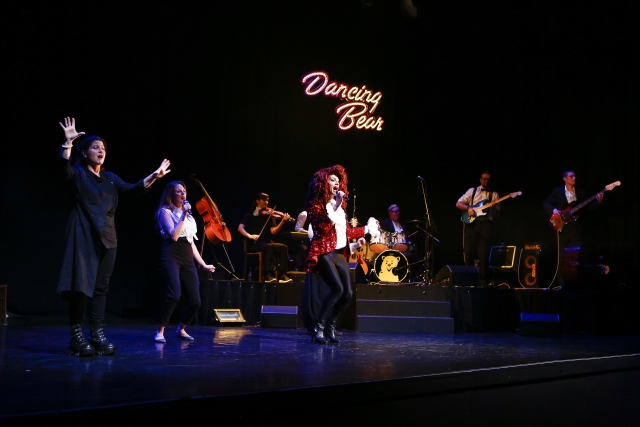 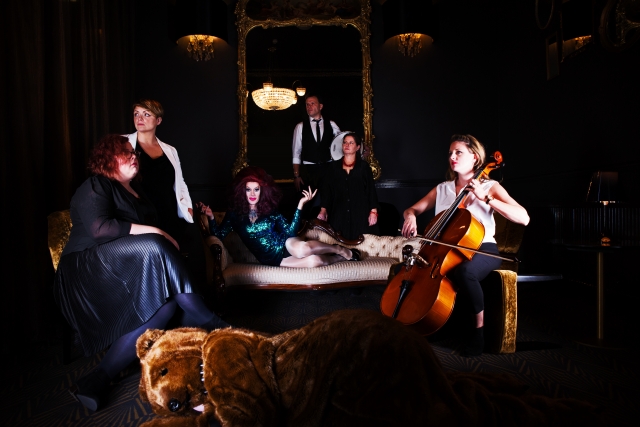 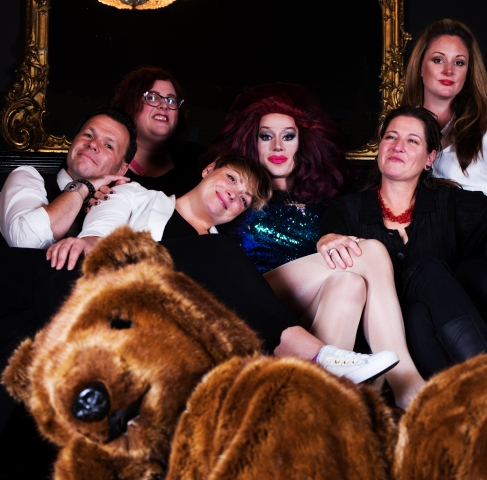 The world premiere of a stunning new musical at Manchester’s Palace Theatre.

A multi-talented cast (featuring Divina De Campo) deftly flip between catchy pop tunes and dramatic storytelling to create a feast for the heart and head.

Dancing Bear is a dizzying cabaret of contradictions: glamorous and unflinching, hilarious and heart-breaking, deeply personal and uplifting.

Please note that this show does contain full frontal nudity.