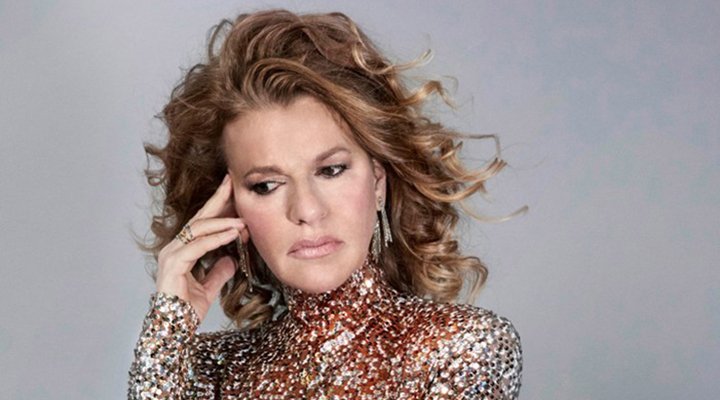 With her massively successful radio show on SiriusXM, a re-appearance on the wildly anticipated Roseanne reboot this Spring and upcoming one-woman show Sandemonium at London’s iconic Ronnie Scott’s next week, Sandra Bernhard has never been hotter. John Preston sat down with the extraordinarily versatile and provocative comic, actress and singer and pondered, What becomes a legend most?

John: Seeing you in your UK debut at the Queens Theatre, Shaftesbury Avenue in 1992 performing ‘Giving Til It Hurts’ was one of the few occasions where I knew I’d witnessed something genuinely groundbreaking and I remember feeling that, in comparison, my life was inadequate for days after. This is the effect a Sandra Bernhard show can have on a person.

The encore ended that night with a performance of ‘Me and Mrs Jones’ from Without You I’m Nothing and your vocals were spectacular and so powerful. People seeing you in Ronnie Scott’s for the first time people may be surprised at just how important your singing voice, and music generally, is to your shows. What can they expect in respect to the musical choices you’ve prepared for Sandemonium and who inspires Sandra Bernhard musically in 2018?

Sandra: Well first of all, thank you for understanding what it means to me – that’s a great jumping off place. Songs need to tell a story. As someone who interprets and reflects the deeper layers, I need a hook and not just musically but as an actress who wants to engage the audience and keep them there.

I try to find a wide variety of styles to bring together with my stories, usually out of left field and something you won’t see coming. I have a lot to choose from right now so I need to narrow it down, but needless to say I will be bringing my A game on this exciting return engagement to my favourite city, London.

You are the host of a massively popular and riveting talk-radio show, Sandyland, which has proved to be the perfect vehicle for you. This seems such a natural place for you to be and I wondered whether this move was always a part of your overall plan?

No, this was never a part of any plan. My friend Andy Cohen was starting up a channel at SiriusXM and asked me if I would host a daily show. And in this climate, not only politically but financially, a performer needs to keep expanding their horizons to stay in the game and remain sharp. And that’s what this show has done for me. It’s a wonderful platform to go in everyday and talk about what’s making me crazy and help guide my listeners through the rocky terrain of our times.

It’s hard to imagine which amazing people you haven’t already spoken to – so far Bette Midler, Deborah Harry and Tori Amos have all appeared on the show. But who would be that one dream guest that you’d still love to visit Sandyland and that would leave Ms Bernhard star-struck?

I would very much love to have Hilary Clinton on the show, I don’t think that will happen but one never knows. She’s been given a raw deal and I greatly admire what she’s sacrificed for the betterment of mankind.

Your views on Donald Trump are well known and what a gift he and the administration (and not forgetting poor Melania) must have been for you whilst surveying the cultural landscape and preparing for Sandemonium. But this is a terrifying time for many people: we have Brexit here in the UK and far right regimes are becoming more dominant. What can be done to keep positive and politically productive in these turbulent and often surreal times?

That’s a great question! I’ve made a very pointed effort to rely on all the other things in my life to take people out of that mindset; the quotidian, the day-to-day, my odyssey of buying a new washer and dryer became an ongoing piece on the show, or the frustrations of grocery shopping, or riding the subway. I weave in the high and low of it all, along with the glamour and fun people expect from me and it seems to lift us all up out of this slog and that’s my approach right now. 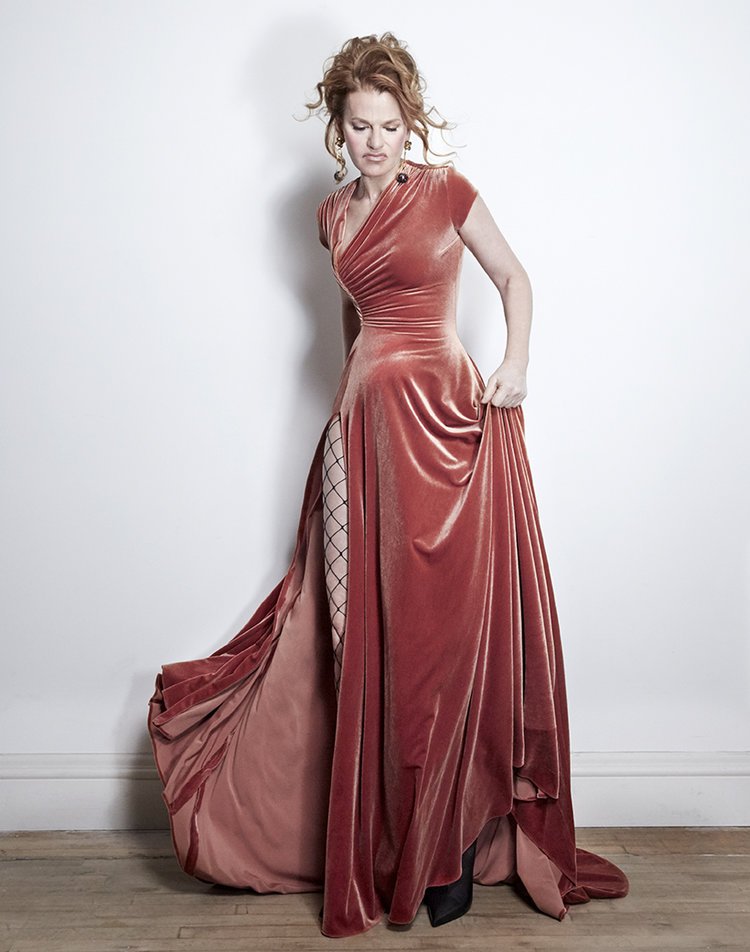 The Harvey Weinstein scandal and the sheer scale and fall-out from the subsequent #metoo movement would have seemed almost as far-fetched as Trump being president only 12-months ago. You have been in the industry for a long time and have doubtless experienced situations that were corrupted by powerful men. How can women move forward from this and is fundamental change in respect to equality something that can ever be fully achieved?

It’s essential that any woman going into this business be coached by a mentor. I think this new generation wouldn’t put up with it the way previous ones have. For me personally, I was always on the defence. I used it in my comedy and I was on guard all the time. Of course, I got myself into some situations along the way, and maybe a predator would sense someone like me wouldn’t give in and maybe I’m not the kind of woman they wanted to begin with. But women must be clear about what they want from the business and be prepared to walk out. Violence is another situation and perhaps that will always be something to contend with but I am certain the needle has been moved and will never go back again.

You are seen as a provocateur with a reputation for being unnervingly fearless and frank. You have constantly challenged people’s ideas of the kind of performer they think you should be. As we have discussed, these are reactionary times and there seems to now be some negativity towards certain established artists and how language is used and then interpreted when the intent is seemingly innocent. As a lover of words and conversation do you find yourself having to re-think how you communicate your views for fear of unintended offence?

I just know it will never be like it was back in the day, and that’s that. We just have to adjust to the times, and if that means giving up a few words here and there to make it a more equitable world than it’s worth the sacrifice.

The return of the seminal Roseanne show is a very big deal indeed and is easily one of the most anticipated of the year. Nancy was a hysterical, utterly shameless key character of a relentless bi-sexual nature and we know she’s returning. Shows like last year’s critically lauded Twin Peaks prove that nostalgia can be subverted into something poignant whilst avoiding easy sentiment but Roseanne was never that anyway. Can you let us into any secrets about what to expect in modern-day Lanford and whether Nancy will ever get back with Arnie? Surely her true soul mate – and seriously, what a sexy couple.

I am on the final episode of the reboot. Nancy is up to her old tricks but we don’t learn that much about her in the brief but very funny scene she’s in. I think the show will work well in the current climate and everyone is at the top of their game – and no, I will never get back with Arnie sadly! 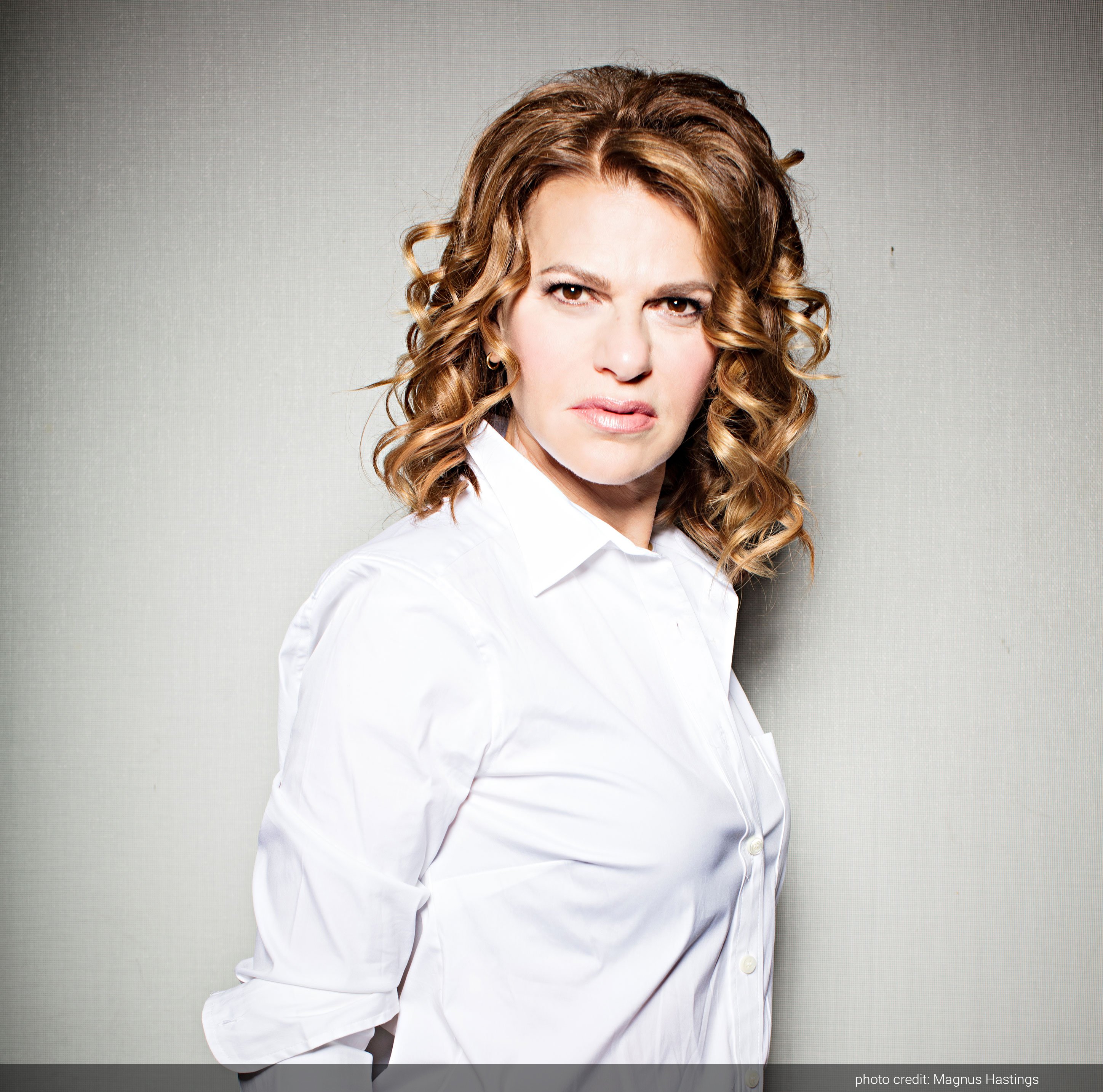 There was a brilliant photo of you and the late Gianni Versace that was posted to your Twitter account recently, a social media tool that you have used frequently in your live shows to great and often damning effect. Ronnie Scott’s has been a home to many legends but not too many that live-tweet in between unholy Prince and Pink cover jams. How tolerant will you be of devices being used by London audience members or, like Kate Bush, would you demand an all-out ban? I certainly look forward to you calling it out at least.

I simply don’t care. Of course I like the audience to be in the moment and present but if they want to shoot a little picture or make a video and post it then I think it only helps my cause. Ultimately I want people to have fun and they usually do.

You seem so comfortable in your own skin and with who you are that it’s impossible to think of you as being anything other than totally in control, and maybe that in itself is a pressure. This confidence and authenticity has inspired many people, and particularly those in the LGBT community, and when people see you in Sandemonium they will take a little part of that away with them, I guarantee it. Thank you for that gift Sandra, you’re a very special lady indeed.

Well I hope so. We can only live by example and showing our hand even if we lose the game. I’ve learned how to walk the fine line and I’m all the happier for it. I hope you enjoy the shows!

Sandra Bernhard will be performing in her brand new one-woman show Sandemonium at Ronnie Scott’s on Thursday 22 and Friday 23 February from 6pm. Book your tickets now (£50-100). 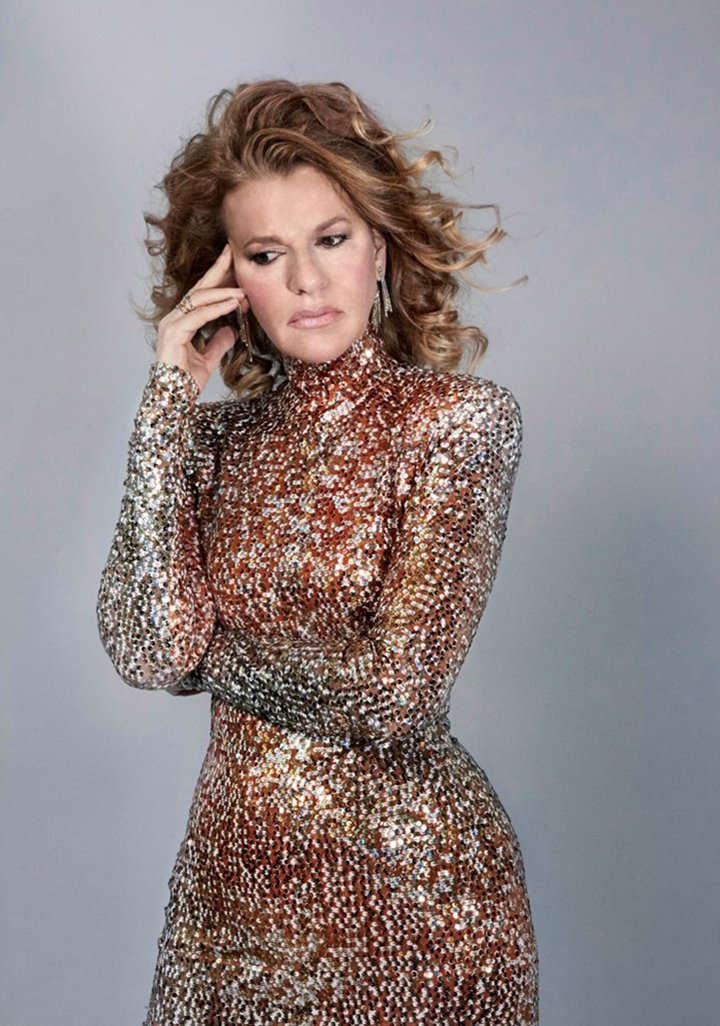