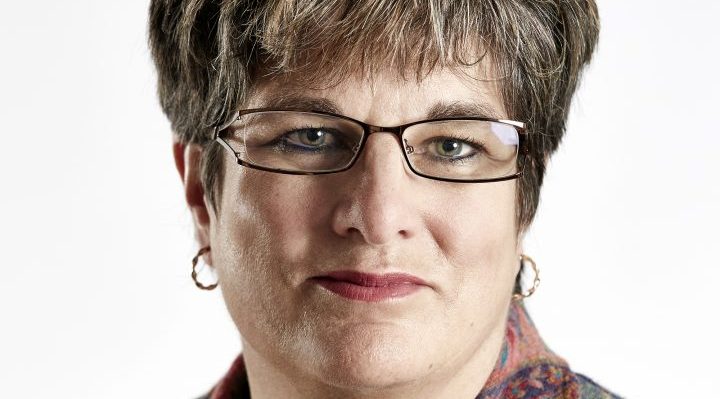 Follow me
Philip Baldwin
Philip Baldwin is an author and activist, campaigning mainly around LGBT issues, HIV, Hep C, faith and homelessness. He is a Stonewall Role Model. He is also a trustee of the Ozanne Foundation and a passionate Christian.

Follow me
Latest posts by Philip Baldwin (see all)

Just Love is the much anticipated autobiography by Jayne Ozanne, the leading gay evangelical Christian. It tells the story of how Jayne reconciled her faith and her sexuality.

Jayne is a powerful voice for LGBT rights on General Synod, the Church of England’s governing body. She also heads the Ozanne Foundation, which seeks to challenge discrimination based on sexuality and gender, not just within the Church of England, but across other Christian denominations and all faiths. Jayne brings a tremendous amount of passion to everything she does and this book is another example of her hard work, intelligence, wit and humility.

Jayne starts the book with one of the darkest incidents in her life. This turning point took place a year before her appointment to the Archbishops’ Council, the Church of England’s central executive body. She endures one of those episodes many gay people experience – feelings of suicide. In agony she cries out to God. God’s message to her is “to JUST LOVE – no matter who, no matter where, no matter how, no matter why.” This insight underpins the work she does today.

The reader goes on to learn of Jayne’s upbringing in Guernsey and her early religious experiences. Playing on a beach, Jayne has her first encounter with Jesus. She is captivated by a young evangelical preacher, who encourages her to welcome Jesus into her heart and give her life to the Lord. Jayne achieves great things, at school, university and then in terms of her career.

As a senior marketing executive she moves to Paris, with business trips taking her across the globe, including to Russia. At this stage Jayne is unsure about her sexuality. She meets a series of women who intrigue her, raising questions which strike at the core of her identity. Her feelings towards women fly in the face of everything she has been taught and believes to be right, seemingly subverting the faith she cherishes so much.

As she encounters a series of challenges which will change her forever, Jayne looks to various people and institutions for help. By the turn of the millennium Jayne’s journey sees her playing a pivotal role within the Church of England, whilst all the time struggling to confront the truth about her sexuality. Just Love is a rollercoaster story of romance, despair, retribution, self-discovery and, ultimately, of happiness.

There is a beautiful chapter which describes an affair of the heart set in Moscow. Jayne’s writing style is vivid and intimate. Embracing before Jayne’s return flight, Jayne can still remember the smell of Tatjana’s perfume. Reading the book on my laptop screen, at times I laughed and on other occasions I wanted to cry. I cradled the laptop in my arms, pulling it close to me, wishing that I could have been there to congratulate or comfort Jayne, as the occasion required. The book captivated me. I struggled to put it down, reading it in two sittings. It was so compelling that each chapter left me desperate to know what would happen next.

RELATED ARTICLE  Being Gay Is Okay

Jayne’s book comes at a highly relevant time, as the Anglican Communion grapples with its attitudes towards LGBT people. We need a Church that is inclusive and welcoming of LGBT people. So many LGBT Christians struggle to reconcile their faith and their sexuality, fearing rejection not just from their parents, but also from their faith communities.

Shockingly, a quarter of young homeless people are LGBT. Many young LGBT people from across the faith spectrum are rejected by their parents on account of their sexuality. No one should be asked to choose between their faith and their sexuality. Hard questions will be asked over the coming decade and many assumptions challenged, as faith communities wake up to the reality of the LGBT worshippers in their midst. For this reason, Jayne’s book has a broad appeal, not just to Christians or the LGBT community, but to anyone who wishes to understand the shifts taking place in twenty-first century Britain today.

The Didsbury launch of Jayne’s book takes place at St James and Emmanuel. This church has been on its own transformative journey. Sadly, in September 2014, a member of the congregation at St James and Emmanuel took her own life because she could not reconcile being gay and Christian. Lizzie Lowe was only 14 years old and the tragic loss of this unique and precious person is indicative of the urgency with which the issue of sexuality needs to be approached within the Church of England.

Thank you to St James and Emmanuel for opening your doors to Jayne for the launch of Just Love. May your church act as a beacon of inclusivity, illuminating the path forwards and making intolerance towards LGBT people a thing of the past.

The Didsbury launch is open to everyone and is taking place on 12 June at 7.30 pm.

Philip Baldwin is an author and activist, campaigning mainly around LGBT issues, HIV, Hep C, faith and homelessness. He is a Stonewall Role Model. He is also a trustee of the Ozanne Foundation and a passionate Christian.

View all posts by Philip Baldwin →