Mother’s Ruin left its usual haunt of Contact to hit the Roadhouse for this year’s Manchester Pride. With an eclectic mix of cabaret, karaoke, DJing, lip synching and drag, this was an eclectic alternative to the usual poppers-and-pints programme of Pride. 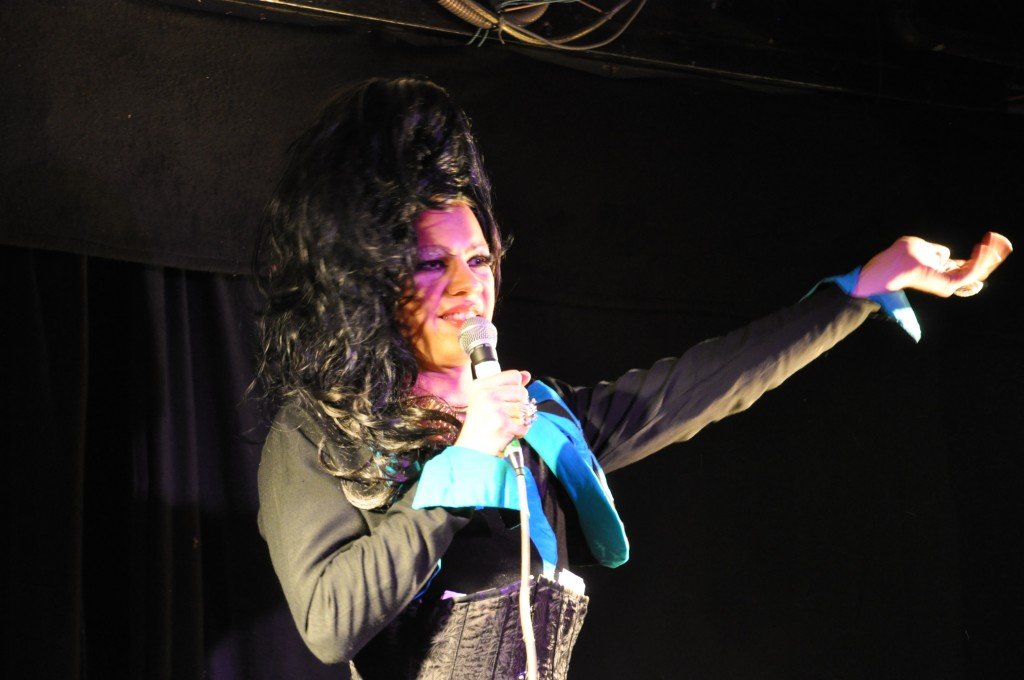 The evening was hosted ably by the fabulous Mrs JonJo, bringing her own Harrogate charm and humour to proceedings

Jade Montserrat channelled Josephine Baker with her topless dancing – which was fabulous and raunchy. She was full of life and sparkle, although it’s a pity the stage was so low, as from our vantage point we missed a few of the moves.

Bushpig serenaded the crowd with their unique blend of country and western, which can be seen here:

Pam Van Damned hollered and hacked in a fantastic spectacle of riotous fun – singing live while butchering watermelons with a samurai sword. How she managed to get the sword into town on the bus we’re not quite sure… It was, however, slightly ironic that after the anarchy of her performance, the staff were left picking up bits of fruit for health and safety reasons.

The always-fierce Sheela Blige put on her Kamikaze Karaoke, pulling people out of the audience for a competitive sing-along to Spice Girls songs, which surprisingly few of the contestants knew the lyrics to. But it didn’t matter, the game was entertaining enough – a cocky chorister was booted out early, while local performer Kate O’Donnell and writer/director Cheryl Martin proved the audience favourites. 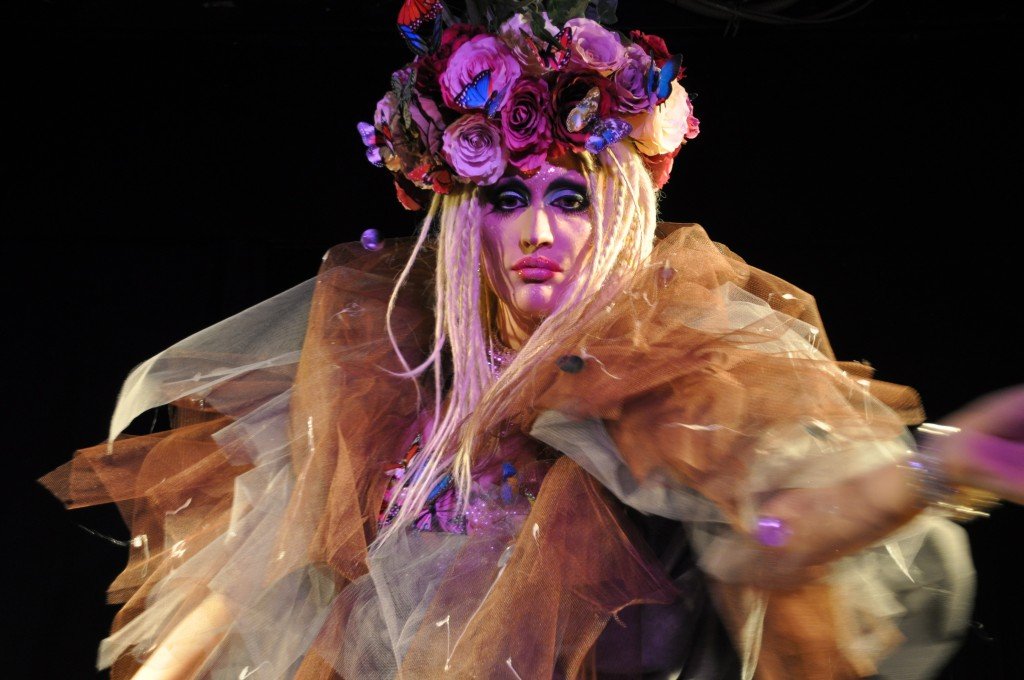 Grace Oni Smith reminded us why she’s known as The Face, with a flawless lip synch and stunning outfit. Her presence was something of a feat – as she was performing shortly afterwards at Cha Cha Boudoir down the road at Sub 101. As you’ll see from the photo above, Grace really knows how to make us gag!

Tilly Skreams was a bundle of energy, and with her trademark blonde look she reminded us of what Britney might be if only she knew how to dance. Tilly is known to local clubbers for her appearances at Cha Cha and at the ever-popular POP CURIOUS? She didn’t fail to entertain at Mother’s Ruin either. 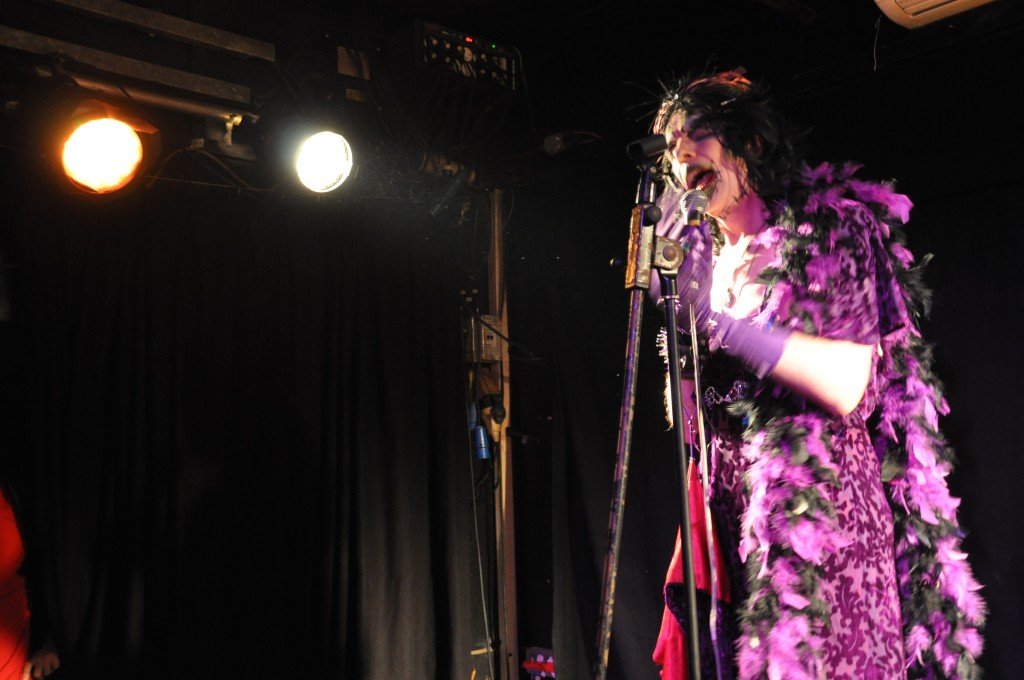 The special guest for the night was David Hoyle, who donned a feather boa and anti-drag make-up to warn the audience about the horrors of ‘men’ – to highly comical effect.

Sister Jacqui Moff was present on the night collecting donations for Manchester’s The Cake Tin Foundation.