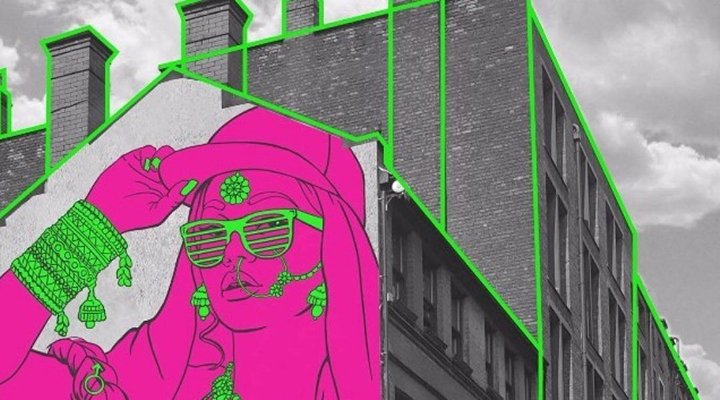 Manchester Pride will, as part of its Superbia strand, host the Aks International Minorities Festival from Pakistan. This is the festival’s first outing to the UK, and will include film screenings and discussions at Manchester Metropolitan University from Satuday 22 to Sunday 23 July.

Eastablished in Pakistan in 2014, the Aks International Minorities Festival seeks to improve the representation of queer and trans* people of colour. Named for the Urdu word for ‘mirror, the Aks festival hopes to hold up a mirror to the lives of LGBT people of colour and to give voice to some of the community’s most marginalised members.

The annual festival takes place across three of Pakistan’s biggest cities, with a specific focus given to the nation’s indigenous trans community, Khwaja Sira . The festival has attracted positive media reception and has developed a devoted audience over the last three years.

In 2015, Aks spread to Copenhagen, where its annual Danish outing includes a combination of film, workshops, art exhibitions and performance.

Munr Saadt, the festival’s founder said, ‘Film, art and dialogue can work to create a forum for courageous individuals to empower audiences by sharing their personal stories. Our festival in Manchester aims to engage our audience in a way that challenges them to empathise and demand justice for minorities and marginalised communities. We will also have a lot of fun!’

The two-day Aks Manchester festival will have a special focus on women of colour, the pre-colonial transgender communities of South Asia, the Black Lives Matter movement and queer people of faith. Tickets for the whole weekend are only £5.00. The festival is not for profit and is politically independent. The festival will be part of the Superbia brand: Manchester’s Pride’s year-round calendar of cultural events. Superbia exists to support, promote and curate events that are by, for and about the LGBT people with the aim to culturally enhance the lives of LGBT people in Greater Manchester.

Aks Festival co-curator Tawseef Khan said, ‘In Pakistan, where the festival comes from, ‘LGBT’ categories of sexual identity are a foreign import. So the festival is important because it rejects those categories and provides space for alternate constructions of sexual identity that go beyond fixed binaries. We’re doing something vital: shedding light on excluded minorities, where those minorities are bound together by something other than being queer. For example, we’re spotlighting the intersection of queerness with gender, race, gender identity and religion. These narratives are absent from the mainstream.’