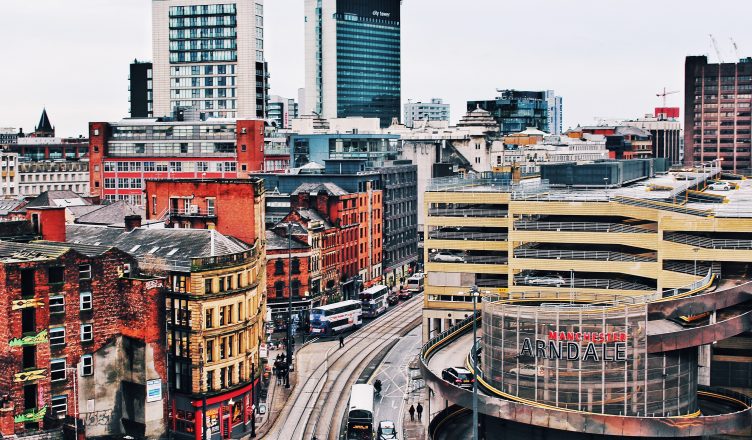 Manchester continues to build upon its reputation as one of the most exciting places to experience LGBT arts and culture.

Manchester boasts the UK’s second largest lesbian, gay, bisexual and trans community after London. You might think LGBT+ Manchester is all rainbow flags and cobbled streets. Mostly people think of Queer as Folk and The Big Weekend party machine. But Manchester stands out as one of the best places for LGBT+ arts in the country.

Manchester has always been a hub of creativity, and with a clearly fabulous gay scene, it’s natural that the city’s LGBT+ denizens should contribute to that in vibrant and exciting ways. Local venues are very supportive of the city’s LGBT+ population and so you can find plays in pub back rooms, prog-rock in cafés and fiery scribes reciting verse in hotels.

In the Gay Village itself, Taurus has long been respected for supporting the arts, with a range of events taking place downstairs. Taurus’ owners also run the canal-st.co.uk website, which serves as a listings, news and opinions portal for the Gay Village. (Thrifty readers will also note its offers and occasional competitions too.)

Sackville Gardens, just on the edge of the village, makes for an occasional but picturesque setting for arts and community events – from the annual Candlelit Vigil for HIV to performances, readings and live music. Beyond these irregular events, however, it makes for a peaceful spot to read a book, write a poem or daydream any time of the year.

In Manchester, there are always local artists and community groups itching to set up their own salons, open mic events and pop-up arts activities. It’s perhaps no coincidence that the Arts Council’s assessment centre (the place where applications for funding are processed) is based here. Manchester looks set, therefore, to continue to build upon its reputation as one of the most exciting places to experience LGBT creativity.

Pride and the Fringe

Let’s start with the big guns. Manchester Pride, though often associated with its sprawling long-weekend party, also supports a growing arts and culture festival in the city. Pride proper runs for a full month, with only three days taking place inside the barriers of The Big Weekend.

In 2012, the Arts Council gave Pride Fringe a boost, by supporting them with funding for the first time. In total the Fringe includes over forty events. Highlights over the years have included a smorgasbord of events celebrating the legacy of LGBT+ pioneers, community arts events, plays, talks, debates, film screenings, open mics and exhibitions.

Young people’s theatre Contact opens its doors for a fortnight every LGBT History Month for Queer Contact. This year, Manchester’s own David Hoyle joins a programme with American performer Justin Vivian Bond, local poet Cheryl Martin and drag queen superstars The Sisters Gorgeous. Past productions have included the fantastic Unhappy Birthday with plus-sized queer heroine Amy Lamé; Kate O’Donnell’s story of gender and growing up, Big Girl’s Blouse; and a homegrown Vogue Ball that sees queens, dancers, prancers and everybody else walking the stage in categories such as Executive Realness and Best Group.

One of the regular LGBT events at Contact is Mother’s Ruin. Supported by the Cake Tin Foundation, Mother’s Ruin is a vivacious variety show and community event, offering programmes such as stand-up, performance, music, puppetry, sing-alongs, and lots and lots of dressing up.

Three Minute Theatre is an intimate and very gay-friendly theatre in Affleck’s Palace, in the city’s Northern Quarter. 3MT (as it is casually known) has hosted work by LGBT poet Dominic Berry, Vertigo Theatre Productions and VADA Theatre.

Playwright, author of Gimme Gimme Gimme and scriptwriter for Coronation Street Jonathan Harvey has a long relationship with Manchester’s Royal Exchange Theatre. His critically-acclaimed play Beautiful Thing (which became the film of the same name) has been staged there a number of times, as well as his more recent work. A new run of the show is set to return in 2015.

Manchester is also known for its cutting-edge performance and live art scene. The informal network of promoters and clubbers Queer Alt. Manchester works together to promote LGBT+ events outside the mainstream. Being fabulous, subversive and fun are just three of the things their members revel in. You can often find their members at Mother’s Ruin, or at club nights such as Bollox, Cha Cha Boudoir, Pop Curious? and Drunk at Vogue. One of the highlights of Pride 2012 was when Tranarchy ‘invaded’ Canal Street on a boat—bypassing the barriers altogether and staging their own song and dance routine as they floated past the revellers.

Although Tranarchy – the city’s infamous gaggle of drags, cultural iconoclasts and club kids – has officially called it a day, the original founders of that collective continue to run the annual Zombie Pride: a Halloween, alt-queer spectacular. Punters dress up in their most grotesque, unusual and flamboyant outfits, and make carnage with fake blood and mannequins on the dancefloor. More information can be found at tranarchy.co.uk.

The Cornerhouse is known as a hub for independent film and visual arts in Manchester. Located on Oxford Road, it showcases new, indie and mainstream films; hosts a cool but smart bookshop, with a very local edge; and is known for supporting the LGBT community.

POUT, launched in 2008, is a touring sister festival to the BFI London Lesbian and Gay Film Festival. Peccadillo Pictures, a UK distributor, stepped in when the LLGFF had its funding cut. Cornerhouse hosts a selection of new LGBT+ themed films each summer as part of this festival.

This year, as part of the BFI’s Days of Fear and Wonder festival, the Cornerhouse hosted the drag-tastic show-and-screening Bearbarella with US drag icons Peaches Christ and Lady Bear.

From the poet laureate to poet drag queens, Manchester has a huge literature scene. Carol Ann Duffy teaches at Manchester Metropolitan University and Jeanette Winterson is writing fellow at the University of Manchester. Duffy runs the popular Poets and Players series, pairing writers with musicians for an evening of high-brow entertainment that often sees LGBT+ poets taking the stage alongside the poet laureate. Jackie Kay is also a resident of the city who has been involved in Manchester Literature Festival and Manchester Pride.

Manchester is a city where poetry finds you unexpectedly. A quick trip to the toilets in New York New York will reveal a plaque above the urinals featuring Gerry Potter’s poem ‘Faith is a Toilet’.

Literature North West acts as a literary hub for Manchester and the North West. At their website you can find details of upcoming spoken word events, competitions, readings and performances – including many of the city’s queer lit events. Manchester’s most beloved LGBT+ poets include Gerry Potter, Dominic Berry, Jackie Hagan, Cheryl Martin and Rosie Garland – plus a younger list of writers such as Andrew McMillan, Barnaby Callaby, Charlotte Henson and Joshua Mackle. Most of whom you’ll find engaged in running or appearing at the plethora of literary events taking place almost daily in the city.

Flapjack Press, Comma Press, Dog Horn Publishing and Carcanet are just four of the publishers with offices in Manchester. Between them they organise performances, book launches and competitions of occasional relevance to the LGBT+ community.

Heritage organisations in the city also have an excellent track record of supporting LGBT+ arts and culture. The Museum of Science and Industry sports its own LGBT+ exhibit including an archive that features recorded oral testimonies from key local faces on the gay scene, including poet and musician Rosie Garland (AKA Rosie Lugosi). Their map of LGBT+ stories is touching, revealing and heartening, showing, as it does, the everyday spaces that resonate with local LGBT people because of love, loss and community.

What’s more, the exhibition is also family-friendly, with a doll house featuring dolls from a range of ethnicities and various genders, to promote the contemporary family unit as diverse and all-encompassing. Visit mosi.org.uk for more information.

Funded by Manchester Pride and The National Lottery’s Big Lottery Fund, Out in the Past is an online resource and timeline of LGBT Manchester. Out in the Past also organises public heritage tours of the city, which incorporate key places and people through time, such as the Village and Alan Turing. More information is available at outinthepast.org.uk.

For an alternative take on the city tour, 2013 LGBT History Month Writer in Residence Andrew McMillan has recorded a Google Maps-based tour of the city centre that takes you on a poetic but subversive romp through Manchester’s hidden gay world. Based on the work of Thom Gunn and named ‘Progress’, the poetry map allows users to follow Andrew’s movements and listen to recordings of the poems that correspond to each location upon arrival. You can download the app from youngenigma.com/progress.

Manchester has some great listings magazines and websites. For a truly LGBT perspective, check out canal-st.co.uk or visitmanchester.com/articles/lgbt. Also check out creativetourist.com for other cultural activities taking place in the city.