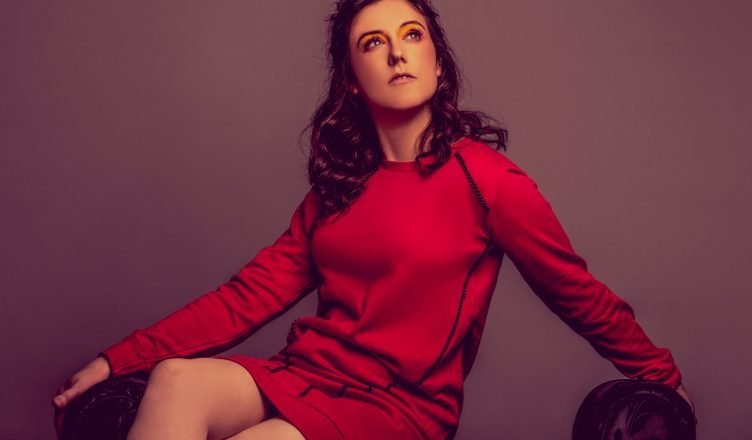 It was a strange gig for the three acts – each of whom said this was their first live gig in over a year. The audience, too, it was clear, hadn’t been to a live comedy show in at least as long.

The thing about comedy gigs is you have to be up for a laugh – you have to want to be entertained. Over lockdown, it seemed many of us had forgotten (though my partner and I made sure to cackle as loudly as we could right from the beginning).

Luckily, the prodigious talents of host Mayor were such that he was able to coax the laughter out of the shyest of audience members and had us all participating in no time.

As it happened, Mayor was also the highlight of the show – something my partner and I had anticipated, since we saw him on one of our first dates half a decade ago.

But the acts themselves, though they were doing this for the first time in a while, seemed please to plunge in at the deep end – and the audience appreciated it.

Gráinne Maguire has toured as support with Rob Delaney and Stewart Francis. If her brand of comedy is familiar, that’s probably because she’s a regular writer for Channel Four’s The Last Leg and E4’s 8/10 Cats.

Maguire was the most polished of the performances on the night (besides Mayor) and had a raw honesty that worked – I especially appreciated her jokes about RyanAir! Apparently, flying with them is like getting a lift from your parents. Hence the whole, ‘If you’re not ready when we set off, we’re leaving you behind, etc.’

Jonny Pelham has done Live from the BBC (BBC3), Russell Howard’s Stand-up Central (Comedy Central) and Live at the Apollo (BBC2). A Bradford lad, I recognised many of his anecdotes (coming from nextdoor Leeds).

Pelham took a while to warm up but when he got going, he was also the most risqué and provoked a few guilty laughs from the darkest of subject matter.

Amy Vreeke is currently touring a solo comedy theatre show ‘The Year My Vagina Tried to Kill Me’, based on her experience living with endometriosis, which gained wide media attention after Amy’s video short for the BBC reached over 100,000 viewers.

Vreeke delivered a funny and insightful set about the pain of motherhood and endometriosis. Of the three, she was the warmest and most relatable. Though, surprisingly, when asked, none of the audience admitted to having had kids (which seems statistically unlikely, but nevermind).

RELATED ARTICLE  That There London: How I survived the Big Smoke

Host Jonathan Mayor, of course, is an LGBT+ comedy legend. Aflame with jewels and gold, he strides out and evokes laughter before he’s even spoken.

Jonathan has a sharp wit but always comes off as playful and friendly. He can devastate with laughter and spins a joke from the most casual interaction.

For the queer audience, Jonathan is no doubt the star of the show. His flamboyant style has made him a fixture at events all over the country and it’s always great to see him on his home turf.

Laugh Riot was a welcome reintroduction to the live comedy scene (and the arts world in general), and a great evening of fun. I look forward to returning next year.