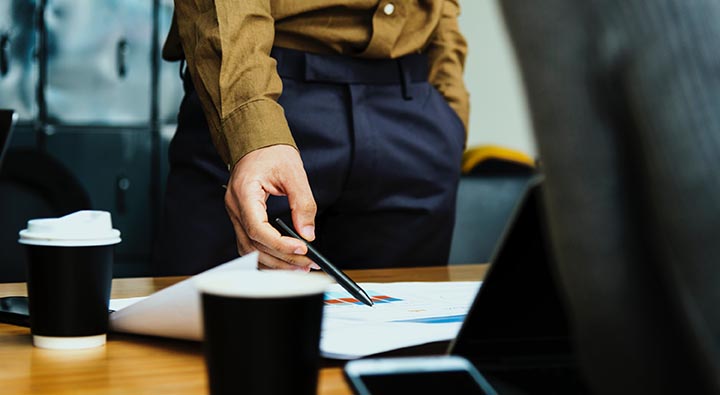 Marten Weber
Marten Weber is of mixed parentage (a man and a woman) and has lived in more countries than he can count on hands and feet together. He speaks several languages, and believes in multiculturalism, tolerance, and free champagne in economy class. He is the author of the best-selling 'biography' of Casanova's gay brother Benedetto, dealing with the lives, the lust, and the adventures of men. www.martenweber.com

There is an adorable joke popular amongst interpreters, an odd breed of people I belong to.

After the Second World War, the Churchills and de Gaulles have dinner together. Churchill asks the First Lady of France what she is looking forward to, now that the war is over. She quickly answers: “Well, I think what we are all looking for is a penis, yes, the world needs ‘a penis’!” After an embarrassed pause, Churchill replies: “I think, Madame, it is pronounced happiness.”

The joke comes in many flavors and is very probably apocryphal. It is supposed to illustrate the importance of correct pronunciation, but it also, indirectly, testifies to the horrors of mentioning the male member.

I do think the world needs more ’appiness. Of course, every country has its own standards. In most Islamic societies all forms of nudity are basically a no-go. In China, you cannot show breasts, and any mention of intercourse is censored completely. Singapore bars almost every form of prurience, but especially hints at the full male anatomy. I don’t enjoy going on American talk shows, because I sometimes get bleeped for mentioning farm fowl. In most European nations on the other hand, you can mention as many pricks as you like, as long as they are not explicitly orthostatic.

Every culture has different definitions of acceptable standards. Watching TV in an Italian hotel room last summer, during the Benedetto Casanova photo shoot, I came across advertisements for phone sex and short pornographic features, which showed in graphic detail many aspects of female arousal. Yet even the country of Berlusconi and Cicciolina won’t have stiff masts during midnight programming.

The taboo of erectile discrimination in the Judeo-Christian tradition is a biblical one. The holy book is very long on all sorts of mass slaughter and rape, but very short on membra erecta. Popes of several centuries ordered all male genitalia on statutes and in paintings to be covered with fig-leaves; the Victorians took prudery to new, often ludicrous, heights. Even progressive countries in Europe still have laws which allow anything but an erect cock. In Japan, the most unspeakable cruelty can be inflicted upon the female anatomy in porn and manga, but once the man takes visible pleasure in it, the mosaic filter moves in.

All these silly rules, of course, are made by men. Even when they were later relaxed, it was because men found it increasingly desirable to have a peek at women’s naughty bits, but were uncomfortable having their own shame exposed. But by Jove, don’t expose the male anatomy to public gazes! Maybe because it could be found ‘deficient?’ Curiously, writers were allowed to call the darn thing ‘proud’ even in the days of Oscar Wilde. But ‘hard’ or ‘throbbing’ was a step too far—that’s just plain smutty.

The prohibition indeed harks back to the days where the written word still moved the masses. According to a British politician of the early 1900s, the censorship of male genitalia in writing was intended to “protect our daughters! Just imagine your daughter reading this!” That says more about the man than about the daughter. (Women and boy don’t need protection from penises—they need protection from predators.)

The taboo of turgidity still exists today. My own books have repeatedly been rejected by award committees and publishers due to the presence of magnificent members. I cannot enter my work for the Booker Prize, or the Amazon Breakthrough Award, because there is ‘adult content.’ I am not referring to pornography here. Gabriel for example is a very serious book about greed and corruption, as well as true love. It contains only two instances of clear erection yet these three lines have effectively banned it from every literary accolade on the planet. Stumbling over the hard on, one publisher wrote back: “We’d be delighted to consider your book if you could get rid of the erections. Can’t they just be friends?”

Why are boners banned? According to the people of Amazon, who have invented their award to make their e-readers acceptable in serious literary circles, it is to ‘protect younger readers.’ That argument is of course bollocks (that word, too, perfectly OK on British television) Like any book store, the Amazon site features thousands upon thousands of books with gory descriptions of murder, decapitation, dismemberment, rape and debasement of women, and none of it is classified as ‘adult.’ One of the most prolific Japanese writers has a book on sale which features the slow and deliberate skinning of a human being, and it’s all good—but his other book sporting a ‘porcelain-hard chinko’ is ‘adult fiction.’ (As if hard-ons were fiction, in the time of Viagra!)

Some of the most financially successful productions, geared specifically towards teenagers (young girls, indeed), feature vampires and werewolves in brutal, sickeningly blood-thirsty scenes, while condemning sex before marriage and propagating the insulting religious concept of virginity. Even the Harry Potter series delights in occasional asphyxiation and all-round annihilation. Most booksellers will display violent thrillers at the entrance, while books about two men loving each other with the normal steadfast physicality necessary for the act are relegated to the ‘wicked’ section at the back.

Have you noticed the parallels? Yes, our modern taboos are still those of the bible, nothing much has changed. We can enslave women, rape them, and sell them as virgins; we can pierce the enemy with lances, set him on fire, rip his heart out, and tear his face off, or have him devoured by wild beasts, torn limb from limb, and then skinned alive. But you will never slip a hard willie (or, heaven forbid, two, entangled) past the censors. You will end up in the ‘pornography’ section, and those impressionable young minds will be shielded from the corrupting coarseness of cocks. Let them read about hangings and maimings instead, that’s character-building!

Apparently, as an eminent feminist explained to me in preparation for this article, it is not about protecting children; it’s about respecting women. Women are offended by the ‘symbol of male dominance.’ Good point. The hard cock is indeed a weapon—it is the perpetrator of rape, the violent aggressor, the enemy. What tosh! I know it’s a little hackneyed, but you will forgive the pun: ‘It’s not the gun that kills, it’s the finger on the trigger.’ Elevating a body part to mythical stature and imbuing it with symbolic qualities in the interest of strained political dichotomy is just too convenient. A cock is a cock is a cock, as Gertrude would have put, had she been allowed to. (Perhaps she would not have aimed for cock though.)

I usually agree with feminist thinkers, but in this case, I think even they have got it wrong. It is precisely the fact that the ‘instruments of oppression’ are taboo which gives them their power to oppress.

Yes, children shouldn’t see or read everything (they do anyway, when they are ready for it.) If you want to protect children, it should involve a lot more than just bulging boners and penetration (anal disqualifies a book too by the way, instantly!). It should include violence, gore, religious indoctrination, political propaganda, pitches for unhealthy foods and lifestyles, werewolves tearing at throats, and Swedish serial-killers peeling off the visages of innocents. It should be a censorship aimed a preventing psychological harm, not a biblical or Victorian taboo instituted by men to hide their own inadequacies and perpetuate homophobia. (I’d like to see the bible in the adult section for a start!)

I don’t think the male penis is harmful in itself, in any state. It’s a perfectly natural and necessary part—a part which, as Madame de Gaulle would insist, can bring a lot of ’appiness.

Marten Weber is of mixed parentage (a man and a woman) and has lived in more countries than he can count on hands and feet together. He speaks several languages, and believes in multiculturalism, tolerance, and free champagne in economy class. He is the author of the best-selling 'biography' of Casanova's gay brother Benedetto, dealing with the lives, the lust, and the adventures of men. www.martenweber.com

View all posts by Marten Weber →