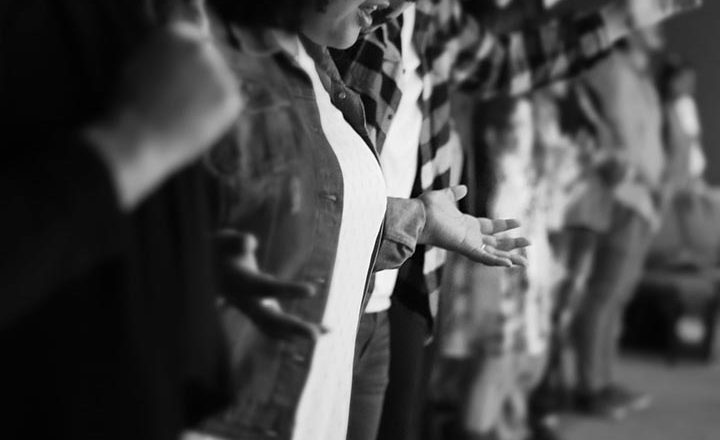 Photo by Haley Rivera on Unsplash

Anyone who’s ever watched the hit US TV show Glee, will know what a Show Choir is. But for the “Glee-less”, it is essentially a musical group who sing and dance to popular music.

Being a show man myself and in the UK’s Best Show Choir, I was truly privileged last week when I had the once in a lifetime opportunity to perform at the North American Show Choir Championships in New York City. This year, the competition was held in the prestigious Manhattan Centre in the glorious Hammerstein Ballroom, which has played host to such stars as Nicki Minaj, 30 Seconds to Mars and Eminem, but today it was the turn of the Real Show Choirs of America.

It was really interesting to see the real thing. It’s much less self indulgent than the TV series and (according to the choir members), there’s not nearly the competitiveness between choirs as there is between the New Directions and The Dalton Warblers or Vocal Adrenaline. Standard-wise, there is a huge range. The show was opened by Uniondale High’s “Rhythm of the Knight” who set the bar at a level that seemed unreachable, with a set that used broad, gospel harmonies and a massive range of musical numbers and dance styles, including the most insane tap routine I have ever seen. But above everything else was their extremely tight execution.

To say it made our own choir nervous in the lead up to our debut, would be an understatement. However, it was surprising to see the range in different styles, ideas and standards that emanated through the show choirs. It wasn’t all Glee and Uniondale, where everything was precise and diverse as well as interesting to watch. In fact one comment was that some choirs lacked direction, which resulted in a sloppy performance with some dull movement. The biggest surprise, however, was the distinct lack of harmony in so many of the numbers! I thought that was what Show Choir was all about? I expected diverse harmonies throughout the parts – most of the choirs were, after all, nearing 40 in number, but much of the set was in unison, with the odd harmony added to a line here and there.

I felt that that was where we had a foot up on the other choirs, and that we brought something a little different. Our set was ‘Made in Britain’, as every choir is expected to have a theme to their set. Ours used British songs by British artists, keeping true to our roots! Themes from other choirs included James Bond, “The Circle of Life”, 1920’s Cabaret and the musical Chicago. That’s something that’s missed out of Glee.

What’s not missed out, however, is that most of these kids are not the ‘popular’ kids in school. They don’t fit into the mainstream school culture, and Glee club is that place where they can go and enjoy what they do. As people, though, they are all absolutely lovely. It was really strange being treated like celebrities just because we were a) British and b) just like them. They really are an unquestionably friendly bunch whose showmanship and good spirit shine through.

RELATED ARTICLE  The Apprentice - In The Firing Line

In short, show choir is tough. It’s blood, sweat and tears. But the feeling of elation you get, from knowing there are other people just like you, who support you and love you for what you do is beautiful. It’s “totally awesome”. And I can truly understand why so many people, young, old, black, white, straight and gay do it.

It’s a shame that Show Choirs aren’t that big in the UK. I think they’re fantastic, but then again, I would. If you get an opportunity to see a Show Choir, I highly recommend that you do. It’s great fun, and there’s no rule against singing along if you know the words. Then again, if you fancy yourself as the next Rachel Berry of Blaine Anderson, why not seek one out? Or set one up… I’ve always loved a bit of friendly competition!

One thought on “The Real Show Choirs of America”