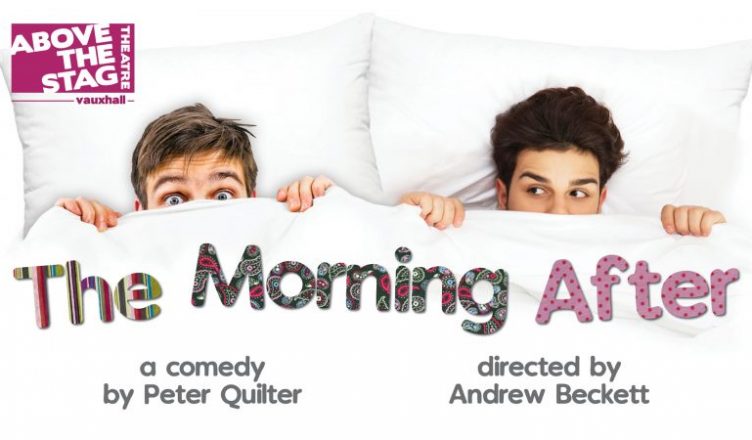 Above The Stag is proud to announce a same-sex reimagining of Peter Quilter’s modern comedy about love, sex and relationships, The Morning After, which will run in the venue’s main house from 22nd January – 1st March 2020.

Quilter is the writer of End of the Rainbow, which was adapted into the hit 2019 film Judy starring Renée Zellweger.

In The Morning After, Thomas wakes up surprised and naked in a young man’s bed, and as the memories of last night’s one-night-stand come flooding back, he gets quite the shock when the young man’s mother pops her head round the door to not only bring them breakfast in bed, but to join them for a chat and a gossip about the night before.

He soon realises this is a family that doesn’t do privacy. Or, it turns out, goodbyes…

Will this overfamiliar family’s actions stunt a potential budding romance, or will their openness help to show Thomas that living your life with everything out in the open can be really quite liberating?

Either way, it’ll be a ‘morning after’ he’s not likely to forget.

Set entirely in one bedroom, The Morning After is about looking for love and how differing views on ‘openness’ can affect a blossoming relationship.

Amongst the humour, the writing highlights more serious topics of human flaws of hypocrisy and dishonesty and asks the question: who, in the end, has the right to judge which route we take to finding love?

Quilter’s play will be directed by Above the Stag’s recently appointed Artistic Director, Andrew Beckett (whose previous credits include Above The Stag’s pantomimes, Boom Bang-A-Bang and Offie Award-winning production of Grindr: The Opera).

Peter Quilter’s plays have been staged in more than 40 countries around the world and have been translated into 30 languages. The Morning After has enjoyed successful productions at The Capitol Theatre in Warsaw, The Satirical Theatre in Sofia, The Comedy Theatre in Dresden, the Arlequin Theatre in Paraguay, The Peace Theatre in Ostrava and The National Theatre in Romania.

Quilter also has had three very successful shows in West End, London and one hit play on Broadway, been nominated twice for the Oliver Award for Best New Play and Best New Comedy, as well as having received three Tony Award nominations.

Premiering in 2012 at Arena Theatre in Bratislava and since then having been performed all over the world, Peter Quilter’s fabulous farce The Morning After debuts at one of the UK’s only dedicated LGBT+ theatre spaces.

This delightful comedy will run in the theatre’s main house from 22 January until 1 March 2020.

RELATED ARTICLE  Adam Zmith: sniffing out the history of poppers