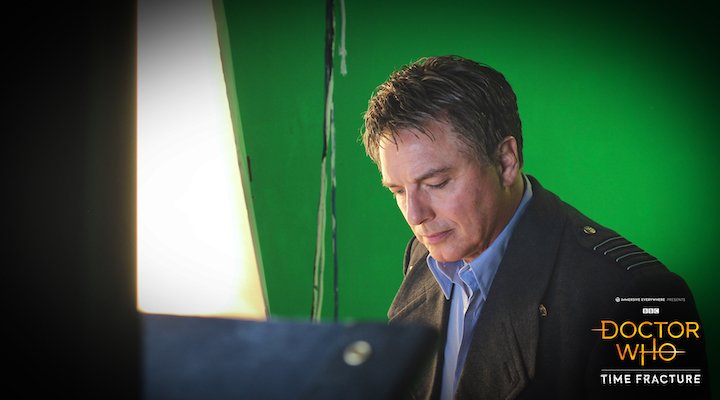 The infamous TV show Doctor Who, produced and distributed by BBC Studios, is one of the longest running series in the world and has a huge global following, spanning 57 years and winning over 100 awards. The next step in the franchise is Doctor Who Time Fracture, a new ground-breaking immersive theatrical adventure, which plunges attendees into the incredible universe of Doctor Who.

Set in 1940 – the story for Doctor Who Time Fracture immersive adventure is at the height of the Blitz, a weapon of unknown origin destroys a small corner of Mayfair, and simultaneously opens a rift in space and time. For decades, UNIT have fought undetected to protect the people of Earth from the dangers it poses. Weakened and beaten back as the fracture’s multiplied out of control, they’re close to defeat. Within this immersive experience, visitors are recruited into UNIT to play out the next steps in this adventure

The production features a cast of over 40 live performers. In addition, actors David Bradley and John Barrowman, both well-loved actors from the TV series, have reprised their roles as the First Doctor and Captain Jack Harkness respectively, in pre-recorded cameo appearances. It is no wonder Doctor Who Time Fracture is set to be one of the biggest immersive theatre shows in UK history.

For more information, to find out about merchandise, and to book tickets, visit www.immersivedoctorwho.com

Additionally, there will be a lottery for a special performance for key workers. The producers of Doctor Who Time Fracture are making free tickets available to frontline healthcare, services and NHS staff for a performance on 23 May 2021, with winners being drawn on 17 May. Key Workers can apply for at the special thank you page.

Watch the trailer below: