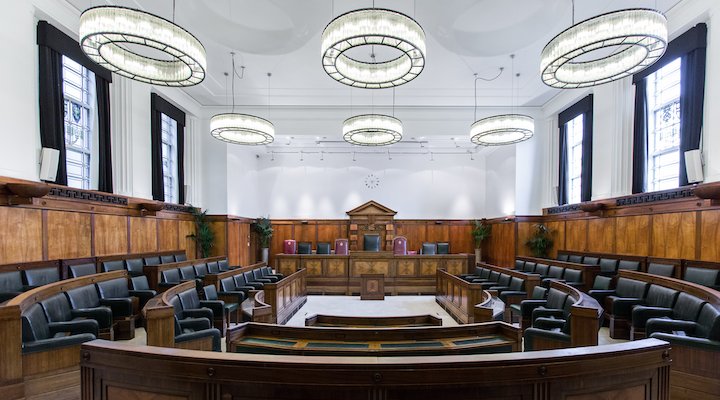 Vada Magazine try out the immersive Secret Theatre Project in London. The setting: a hearing for an accused serial killer near-future dystopia where the audience decide his fate.

What is the Secret Theatre Project?

Started in 2008, Secret Theatre Project is a unique way to experience immersive theatre, where the audience are part of the plot and their choices change the storyline. The team behind the Secret Theatre Project have launched their latest venture in London (with a previous sell out track record in Singapore, New York and Hong Kong).

This London project is a courtroom thriller, think Silence of the Lambs meets Black Mirror.

What to expect on the night?

In a location that will be disclosed closer to the night of the performance, the audience are immediately thrust into the storyline of members of a jury who decide the fate of an accused serial killer.
Without giving too much away, expect to interact with the cast, with a chance to ask the accused serial killer anything you want. There is time to explore the backstory and evidence – don’t worry a bar is available with drinks to help your deductive prowess develop.

And then there’s the trial itself. Think of this as the second act, where in a near-future courtroom setting the cast play out the prosecution and defence case for you, the jury, to collectively decide the outcome. Expect a few twists and turns in the plot, and of course surprises. Anyone familiar with the British legal system must forget what they know as this dystopian near-future regime is under the pretence of televised trials, and where the jury have paid for their seats.

For those wanting to try their hand at a bit of detective work, this immersive modern-day murder case is a unique way to prove your talents. Guests are immediately thrown into the gruesome murder evidence, so be prepared as soon as you walk in the door.

The cast stay in character, even during the interval, and we were particularly impressed by Peter Picton, who plays the accused.

This style of theatre clearly follows pre-planned structure, but given audience participation, there is a level of improvisation from some of the cast, with inevitable hilarious and daunting moments.

Tickets are available from £29.99 from designmynight.com with other options for pre-dinner at the on-site restaurant.