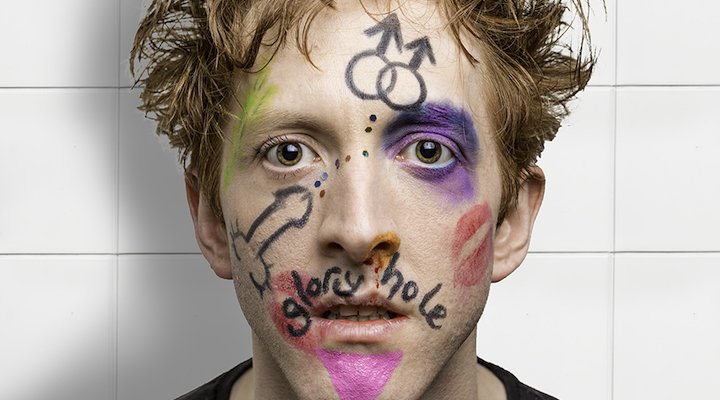 Robert Cawsey, the actor writer and performer behind the innovative Simon Slack: The Fantasist brings his new show, Just Cruising, to Pride in London this year.

Described as a whirlwind mix of slapstick comedy, Gaulier-influenced clowning and physical theatre, Just Cruising explores the fun, frills and thrills of dating, sex and trying to find love as a gay man: think ‘Mr Bean out gay cruising’…but less family friendly. This anarchic, uproarious and unhinged physical comedy is about life on the gay dating scene, and what happens when you start getting older and the search for a good time becomes something deeper.

Last year, Cawsey was notably recognised for his debut solo hour Simon Slack: The Fantasist, which he took to the Underbelly festival. He was met with praise for his mixture of poignancy, creativity and absolute mastery of several forms of comic performance. Just Cruising is expected to take these creative and comedic qualities and channel them into a much more personal hour, inspired by Rob’s own experiences as a gay man on the dating scene.

Rob Cawsey is also known as half of cult sketch duo Guilt & Shame, which returns to the Fringe this year with Just Cruising. The other half being BAFTA-nominated writer, performer and director Gabriel Bisset-Smith, with whom Cawsey reunites for Just Cruising. Bisset-Smith co-wrote and is directing the pair’s first live-performance collaboration in three years.

Guilt & Shame built a cult following four performances to sell out audiences at the Edinburgh Fringe for their unapologetic and gleeful mix of louche sexuality, teenage-boy humour with surprising moments of pathos and existential angst.

Tickets for Rob Cawsey: Just Cruising costs £10 for 3 July during Pride in London at Soho Theatre. For more information and to purchase tickets, visit prideinlondon.org.

Following this, Just Cruising is being performed at The Edinburgh Fringe 5-27 August (not 14th, 21st). Tickets available at edfringe.com. 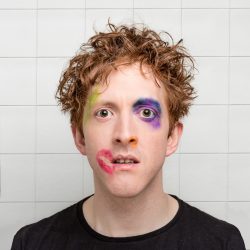