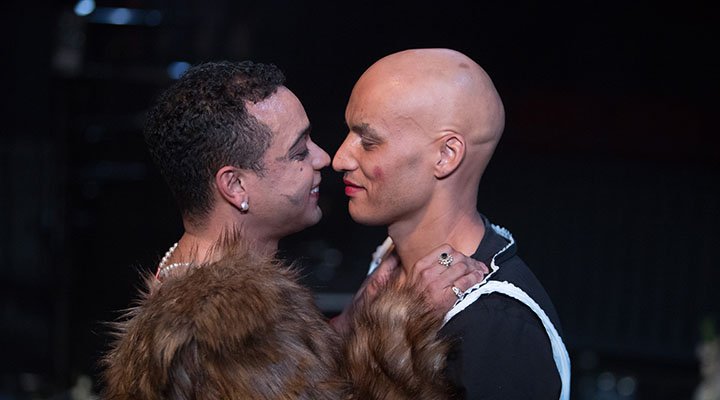 The Maids is an adaptation of Jean Genet’s play, Les Bonnes, translated by Martin Crimp and directed by Lily Sykes, and staged at HOME. Inspired by the real-life murderers Christine and Léa Papin, the play is a queasy look at servitude and all possible meanings of the world ‘roleplay’.

Sisters Solange (Luke Mullin) and Claire (Jake Fairbrother) act out their fantasies of killing the Madame (Danny Lee Wynter), which escalate and spiral, and never quite work out as planned. Played by men, the characters are merely acting out various forms of femininity – all of it monstrous and destructive, disempowered yet empowering. Given contemporary politics, it’s very timely indeed. 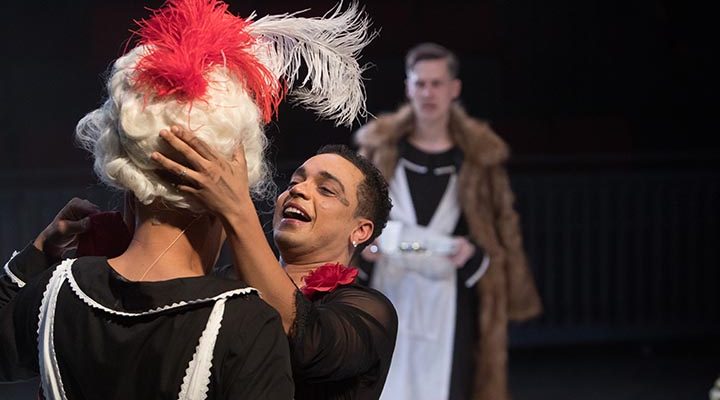 Their warped sisterhood may not be one of blood – these sisters are men of different races – but it is one neither maid can escape. They are perhaps tied by things stronger than blood – such as hatred, obligation and recognition. Because just as Madame cannot keep the two separate, neither can they.

This gives the play an overt queer energy, which is enhanced by the strange turns the script takes. The sisters talk about their cropped hair as if it were long and luscious, they try on the Madame’s clothes, donning and removing layers of artifice and imagination. 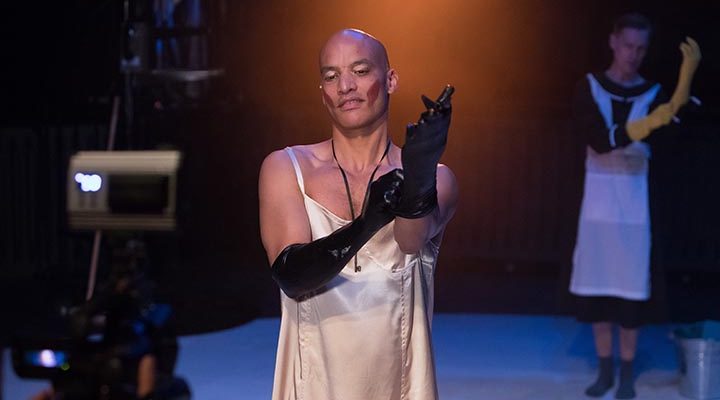 The sisters dress and undress, urinate and spit, smear and preen. Between them, Madame strides, stealing every moment of the limelight like a real diva, and then disappearing again – but always, her fur-wrapped shadow haunts the twosome and drives them to near psychosis.

The staging is simple and bold. Sand falls from above as an oven timer. Orange Is the New Black-style overalls drop from the catwalk overhead. This simplicity is punctuated by sadomasochistic flourishes: the Madame pokes her eyes and teeth with a safety pin. 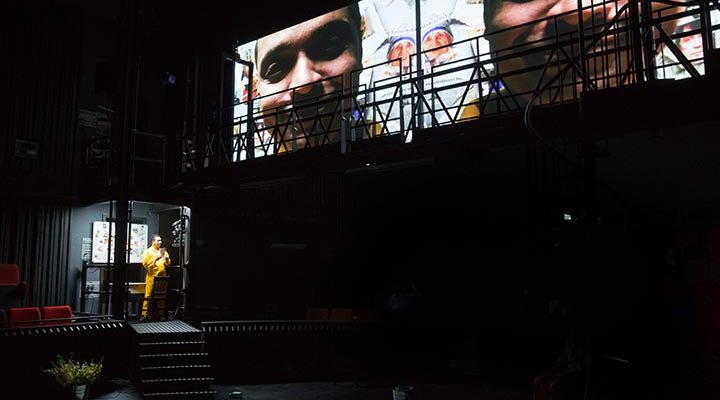 A screen, floating above the catwalk, offers close-up views of these eyes and teeth; of make-up slathered onto features; of words and images pinned across a prison cell. It’s cinematic and surreal, and it works exceedingly well.

There’s something austere about the set, and the story’s opening in a prison, but flashes of carefully poised decadence pepper the stage. There are pin-bottomed flowers thrown to the floor to stand erect where their sharp edges sink in. There’s a gramophone and fine china; a wardrobe rich with make believe style. 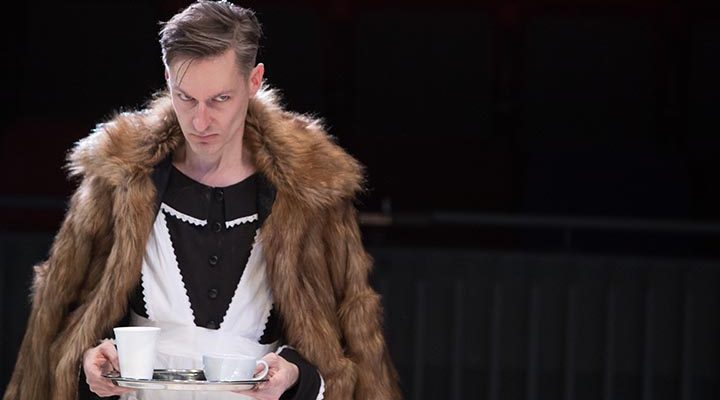 The Maids is a bold and exciting interpretation of Jean Genet’s classic, packing rather a lot into its 105-minute run-time.