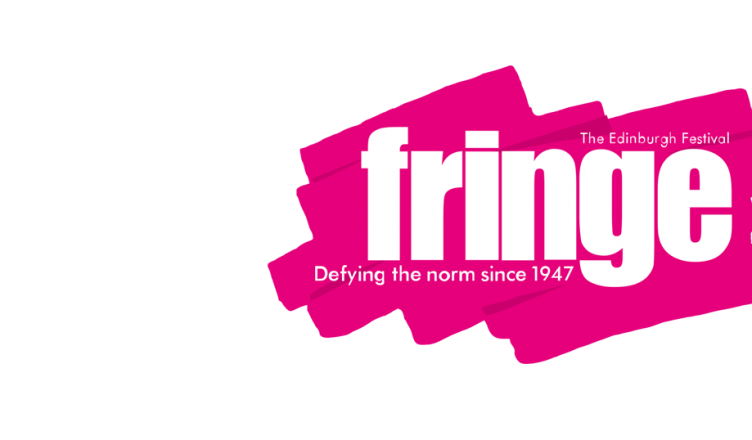 Guest writers Carys Crossen and Jo Flynn give us their rundown of the best LGBT shows to catch at Edinburgh Fringe this year.

That’s What She Said

‘The biggest spoken word night in London for women’ (Evening Standard) returns to the Edinburgh Fringe for just three shows. After being shortlisted for Best Regular Spoken Word Night (Saboteur Awards), selling out previous Fringe runs and a number of shows at the Royal Albert Hall, That’s What She Said returns to Edinburgh with an incredible revolving line-up of slam, storytelling, poetry and performance from the best women and non-binary writers around.

Queer-run and with a focus on inclusivity, grab a ticket fast to see the most exciting emerging voices from across the UK and beyond.

As heard on BBC Radio 4. Outrageous, hilarious, unbelievably true stories from around the queer world. BBC comedy and drama writer/director/producer, international slut and mouthy, old, ethnic poof, Turan Ali, reveals what queers like him really get up to.

Fresh from sold-out previews at Vienna’s English Theatre. Combines storytelling, comedy and shocking truths galore. The antidote to RuPaul’s Drag Race. Warts and all confessions about what being queer in the modern world really means; from truly fabulous to life-threatening. Bring a broad mind and a love of life.

Too Pretty To Punch

What if you woke up one morning as the opposite gender? What if that was the day you were born and you had to wait 25 years before anyone believed you?

Too Pretty to Punch is a kickass spoken word comedy about gender, the media and not fitting any of the boxes. Its full of explosive movement and exhilarating video projection.

Edalia Day is a banjo-wielding, nonbinary, multi slam-winning force to be reckoned with.

Pick Up A Brick: Art as Activism

It’s the 50th anniversary of the Stonewall uprising that kickstarted the modern LGBT pride and civil rights movement. Join Civil Disobedience and a panel of brilliant queer artists and activists to chat queer erasure, creative protest and progress. Together, you’ll explore how artists amplified the voices of their communities, and celebrate the role of queer artists in generating social and political change

Brooke has it all: the job, the flat, the girlfriend… but what happens when things go tits-up just before your 30th birthday? A bisexual Bridget Jones for the online generation, this tragicomic one-woman play and its lovably hapless heroine is for anyone who’s wondered why they feel so lonely when connecting with others is meant to be easier than ever.

A musical song cycle with a blues, jazz and rock score inspired by the Names Project AIDS Memorial Quilt. A series of dramatic, powerful and heart-rending monologues celebrating the lives lost from AIDS and also uplifting and poignant songs representing the feelings of the loved-ones left behind. The show focuses on 30 individuals who died as a result of contracting AIDS from a wide variety of sources.

“Hello, we’re Ell and Mary. We’re best friends and ex-girlfriends and we’re bored of playing it cool. So this is a show about what gets you hot. We asked women and trans people aged 11-97 what makes them sweat, rub and gush. OK, we didn’t ask the 11-year-old exactly the same questions. We made a sweaty verbatim dance party out of their answers.”

Queer, here, really want a beer? Hot off a UK tour, the five-star sell-out show directed by BBC Slam’s Sophia Walker follows one woman’s trip around the world looking for good nosh and a place to call hers.

Hannah Raymond-Cox’s award-winning bildungsroman is full of sex, sexuality and some sad shit. The true story of growing up everywhere and fitting in nowhere, with added queer just for fun.

Two transgender performers say ‘up yours!’ to the gender binary and invite you to their radical dance party! Under disco lights, over pulsing music, a queer celebration takes place.

Set in nightclubs, Sound Cistem is an exuberant verbatim show about the cisgender gaze on the transgender body. Featuring recorded interviews from trans and non-binary people, a self-love manifesto is made through riotous, glittering disco.

Kim is an actress. She is also a sex worker, a bartender, German, Polish and more. Which identity is most important?

Traumgirl is a brand-new solo show about female sex work in all its forms – and who pays the price. Welenc takes an auto-fictional approach to explore what a woman is allowed to reveal about herself. Where do your boundaries lie?

Created in response to Daniel Hellmann’s Traumboy, a performance from the perspective of a male sex worker.

Brooklyn comedian and ‘former straight’ Keenan Steiner makes his Fringe debut. His show is about the hilarity of coming out late and living gay. According to his website, he ‘often seems high but likely isn’t.’

A Gay and a NonGay

Unlikely friends James Barr (Gay) and Dan Hudson (NonGay) James and Dan co-host the award-winning LGBT podcast A Gay & A NonGay. Now they’re bringing it to the Fringe, with the help of some special guests.

Fancy participating at the Fringe? Check out this theatrical performance-meets-storytelling competition. LGBT voices and allies tell 100% true stories from different Fringers every night, and the creators have confidently proclaimed it to be the biggest, gayest set of tales ever told at the Fringe.

We’ve all read about gay marriage – but what about gay divorce? Cameron Esposito devotes an hour of stand-up to this personal, poignant and potentially very funny topic.

31 July, 1-25 August 2019, 6.15-7.15pm
Monkey Barrel Comedy
Price: Pay what you feel at the venue, or accessible tickets can be booked through accessbookings@edfringe.com
Book online

Limerence productions presents the story of Charlie and his adventures in gay celibacy … and after catching gonorrhoea twice from the same bloke, who could blame him for swearing off sex? Described as ‘honest, warm and witty’ by the creators, check it out and see if they’re right.

After a sell-out run in London, this show focuses on the confident gay son of a lesbian mother. But after his mum dies, he’s left reeling – so he embarks on a quest to find his sperm-donor father.

1-11 August 2019, 8-9pm
Underbelly, Cowgate (White Belly)
Price: £6 to £10 depending on dates and concessions, eligible for groups discount and friends 2-for-1 discount
Book online

Becky Brunning accidentally got gay married (it could happen to anyone) and now her biological clock is ticking. So what now? Erm… perhaps Becky and her audience will find out over the course of her new show.

Carys Crossen is a writer from Manchester, who in-between writing short fiction and a novel spends her time reading/walking dogs/contemplating nature/earning a living.

Jo Flynn has been writing about the arts scene for years and is an award-winning short form poet who’s recently featured at the National Poetry Library in London. Jo just hopes to make sense of the world with words. And dogs. And intersectional all-inclusive feminism. And peanut butter.