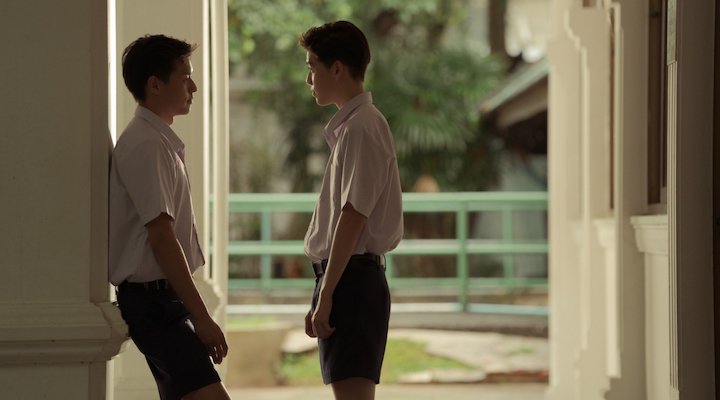 The Queer East Film Festival ran throughout May, which showcased rarely seen queer shorts from East and Southeast Asia. Queer East exists to amplify the voices of queer Asian communities, to challenge normative definitions of gender and sexual expression, and to introduce UK audiences to LGBTQ+ cinema that they might not otherwise get a chance to see.

The British Film Institute (BFI) has made available a number of these short films from Queer East Film Festival 2022 available to watch for free, which we outline here. Head over to bfi.org.uk to watch.

I Told Sunset About You

After a huge argument and years of silence, two teenage boys living in Phuket meet up again by chance. Now, in their final year of school and preparing for university, Teh and Oh-aew slowly rebuild their relationship, growing closer than before and navigating new feelings for each other. Part 1 of the highly-acclaimed Thai romantic drama and coming-of-age series explores love, friendship and identity. Part 2 of the series, titled I Promised You the Moon picks up during the characters’ university years.

Released in 2020, from Thailand

We Outlaws is set in China in the early 1990s. By day, Chen Shi is a man employed in a textile workshop. At night, she is a woman in a red dress. One evening, she falls in love with a man she meets at a dance hall. Screened at festivals including Iris Prize LGBT+ Film Festival and Vancouver Queer Film Festival, We Outlaws also won the Best Cinematography prize at the 2019 Shanghai Queer Film Festival.

From two schoolgirls declaring their love to each other, to a woman sucking on her girlfriend’s hair in bed, and to the public pain of heartbreak in a bustling cafe. Honami Yano’s beautifully rendered animation is a mesmeric dream to watch.

Ya-Ting wants to change her name because she considers it too feminine. She seeks help from her best friend Jia-Hao, but interrupts his one-night stand with a guy he met online. Chun-Yu Chang and De-Gao Hong wrote, directed and starred in Unnamed, which screened at Frameline: San Francisco International LGBTQ Film Festival in 2021.

How to Die Young in Manila

A teenage boy trails a group of young hustlers, thinking one of them may be his anonymous hook-up for the night. But as he makes his way across the city, the hustlers inexplicably appear as dead bodies strewn along the pavement. How to Die Young in Manila premiered at the Busan International Film Festival and has screened at festivals internationally.

Released in 2020, from Philippines

Kiss of the Rabbit God

A Chinese-American restaurant worker falls in love with an 18th century Qing dynasty god, who visits him at night and leads him on a journey of sexual awakening and self-discovery. Kiss of the Rabbit God was selected to screen at Tribeca, Outfest LA Film Festival and Seattle International Film Festival in 2019.