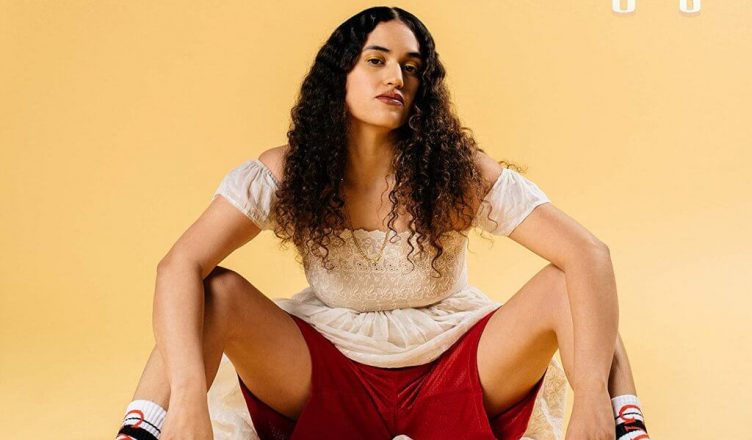 Empress Of has quietly and unexpectedly released a joyous and thoughtful pop record. Us has an uplifting spontaneity with none of the industry cynicism frequently creaking away behind some of 2018’s other pop releases.

Lorely Rodriguez released her debut album, Me, as Empress Of three years ago. Us is a departure from that entirely self-written and -produced record’s sound (Mewas a dance record also but one which was often notably experimental). Fans of that first album’s more avant garde R&B dalliances may initially be perplexed by Us, which on the surface at least is a far more uniform collection of songs and themes. But the tracks here are as strong as anything on Me; they are just presented in a way that might result in more people hearing them.

Rodriguez sets this new scene early on with ‘Everything to Me’. Depicting a hot afternoon in an urban neighbourhood where awkward friendships begin to cross the line into something more intimate, the singer is sweetly pitched and laidback whilst checking constantly for signs for her potential lover’s gaze. Against a mid-tempo and introspective groove, ‘Everything to Me’ doesn’t open Us in a grandstanding, attention-seeking way.

Although a lot of the album is made for dancing, don’t expect too many out and out bangers here. ‘I Don’t Even Smoke Weed’ and ‘Timberlands’ are both energetic and, superficially at least, carefree. They are also the album’s most fun moments. With the songwriting both nuanced and immediate, both of these tracks are accomplished highlights that sound effortless.

Odder is the more downbeat ‘All for Nothing’, which ends with a clanking, sinewy coda: ‘I’m comprised too many times / this love is draining us dry.’ This segues into Empress Of’s devastating last single ‘When I’m with Him’. Slipping in and out of Spanish, when Rodriguez sings the lines, ‘I feel like I’m on the outside looking in / when I’m with him … I’m not fine,’ the stresses make a considerable emotional impact.

Final track ‘Again’ has a layered and hymnal quality. Airy synths and an optimistic long-term view end the album: ‘If I had the chance, I’d do it all again.’

Lorely Rodriguez has temporarily let us into her world with Us, it is a relatable and will be a familiar place for many and one expressed through melodic and often pure pop textures. The difference between Empress Of and, say, MØ (who also released her sophomore album recently following long delays and retooling), is that Rodriguez is an artist who decided to reboot her genre but didn’t allow the blueprint of the producers involved to supersede her own. You can’t fake that passion and Us is one of the best records from this year.