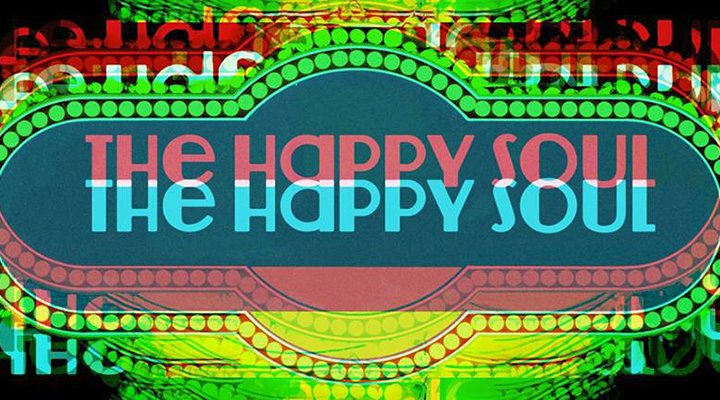 Big Wow, the second album from The Happy Soul, is an enjoyable blend of strong harmonies, pop panache and swingin’ highs relieved, when necessary, by just the right amount of melancholy dreaminess. Influences include Frank Zappa, Jake Thackray, Mahalia Jackson, Scott Walker, Nilsson and The Beach Boys – all of which the band is able to synthesise into a cohesive and robust sound. The band comprises Mark Simpson, Mick Pauline, Sally Mason and Jon Donohue, all sharing vocal duties and working with an impressive range of instruments.

‘Hanging On’ is a cheerful opener with cheeky organs and buoyant lyrics, which gets us off on the right foot for what follows. ‘With Fingers Crossed & Forget Me Nots’ is a plea to a lover which opens with moody harmonies, and progresses onto an energetic chorus. This finger-clicking jaunt swoops and rises and swoops again, ending once more on those same luxurious harmonies.

Opening with swinging cool, ‘The Rules of Love’ sounds familiar and yet novel. A hint of 60s nostalgia swirls ever-present behind the vocals. This is pop at its most charming. Showcasing their humorous side, ‘A Salfordian Werewolf in Urmston’ is funny, quirky and creative. Eerie synths, theatrical howling and B-movie allure make this a sonic treat.

‘Comeback’ is one of the highlights of this album. The balancing of female and male vocals on this track is particularly strong, as Sally Mason moves to the fore and shifts gears ever so slightly. ‘Wanting & Needing’ and ‘I Heard It Said’ are a good pair of tracks to follow ‘Comeback’, becoming more rambunctious and carried on funky, finger-dancing guitar riffs.

‘The Sad Refrain’ puts Sally back at the fore again, this time against a thrilling soundscape of intricate harmonies and accompaniment. The music is more complex here, knotting and then unknotting again, and it’s a really interesting piece of handiwork.

The more laidback ‘Add Zero to Zero’ still retains a sense of urgency in the chorus, which rushes along on the keys, to subside again for the verses. ‘Someone Is Calling Your Name’ has a theme-tune quality that makes it an instant favourite, with plenty of upbeat pop sass.

Penultimate track ‘Don’t Say Goodnight’ is gentle, melodic and lyrical, slowly bringing us back down again in time for the finale. Album closer ‘Like Newly Born Stars’ starts light and magical, until it rises to something suitably epic, and then reins itself in again. It’s a great finish for the album and perhaps my favourite, musically speaking.

Overall, Big Wow is a colourful, bold and accomplished second album from the Manchester posse – and we look forward to hearing more of their work.

Pick the album up from Bandcamp.