I was somewhat afraid when I first found out I was definitely going to be going to Russia because of the negative perception of Russian people created by western media. A lot of my friends told me I was going to be arrested or killed over there, but I talked about it at length with my artist liaison, and I knew I wouldn’t be in any danger. After that, I was just very excited to be able to go over there and support the community, perform songs that talk about issues they’re dealing with and generally be a positive role model for young people.

The law has a very wide negative effect on the perceptions of LGBT+ people that continues to this day. The law also means there can’t be any positive LGBT+ role models in mainstream media.

I think the law shows LGBT+ youth that they are in some way sick or not normal, which can certainly have a really negative effect on their confidence and self worth. Such environments of negativity have been linked to higher rates of LGBT+ youth suicide and depression too.

My goal as a musician is to use my platform and fame to be a positive figure, support my community and campaign against homophobic and transphobic laws, so I felt like I was able to start doing this in an active way in Russia.

I think it’s crazy that the lawmakers in Russia think that the so-called ‘gay propaganda’ law actually protects anyone, when it’s clear that all it does is continue to spread the myth that being gay is a disease, and creates an unsafe environment for those that identify as LGBT+.

When we went to the Kremlin to hold the LGBT+ flag, I was a little afraid. We were shouted at and a lot of people were staring at us, but apart from that nothing bad happened. It felt good to show public support to the LGBT+ community instead of always having to be secretive about it.

After we took some photos, a lesbian couple came up to us and talked with us, which I was very surprised and excited about. They were holding hands and it was amazing to see how brave some people are. 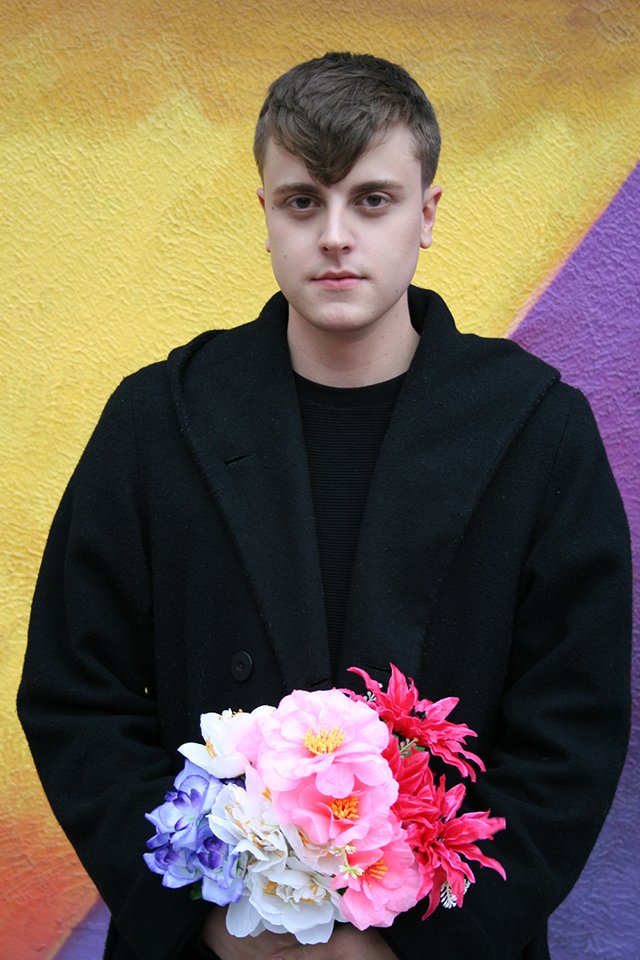 We still have a long way to go

My trip to Russia really put things into perspective for me, in many ways. It’s certainly made me grateful that the laws in my country don’t persecute anyone’s right to self expression. On one hand, I don’t feel the need to hide who I am in England because I know the law is on my side but on another hand, I still hear about terrible homophobic attacks that happen even in built up metropolitan areas like London. We still have a long way to go.

A message for Putin

Putin has long denied the existence of homophobic laws in Russia, so I’d ask him to look at the facts and see what the propaganda laws are doing to the country in terms of society’s perception of homosexuality and ask him what he plans on doing to further protect LGBT+ people, especially youth.

To the Russian LGBT+ community, I would say that I’m very proud and inspired by your commitment to being yourself and I think you’re all very brave. Stay strong and know that one day the law will recognise you as an equal citizen.