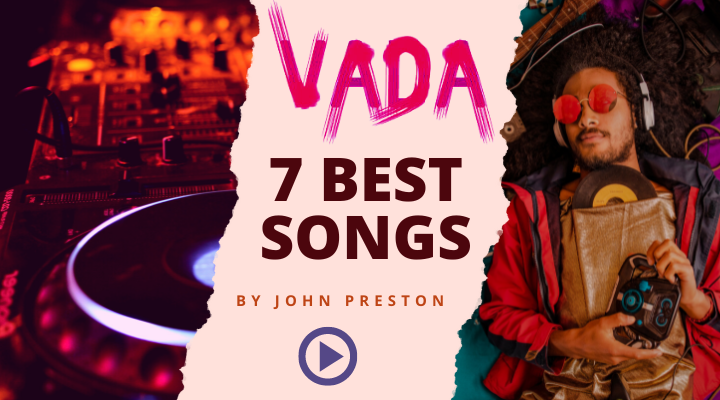 John Preston picks the seven tracks blowing up his metaphorical stereo this week.

Vada favourite Rose Gray has become one of the most exciting and dependably high-quality dance artists of the last few years with each release superseding its predecessor. Never in denial in respect to her influences, Gray underpins ‘Promise Me’ with a persistent French Kiss (Lil Louis) synth line paired with angelic vocals and melodic charm.

Hyd continues to broaden the original PC music DNA of which she was a forerunner – retaining some of the metallic, springy sound which dominated the early days of the influential genre which morphed into hyper-pop. Containing production from the late SOPHIE, Hyd’s debut album Clearing contains flecks of silver shards from a sonic future but is built around a surprisingly warm core. Case in point: ‘Fallen Angel’.

Constructed around a predominant sample of the Supremes’ 1968 hit ‘My World Is Empty Without You’, this is both a nod to the Motown dance music of this particular era and the sample heavy house music of the late 80s. A simple and electro-effective banger which delights in showing off its collected influences.

Christine and the Queens, ‘Looking for Love’

Performing his entire album as another alter-ego, Redcar, (the previous CatQ’s full-length introduced us to Chris, who dominated the record) is a high-concept risk that doesn’t always pay off. Redcar has some baggy melodies and indulgent experiments, but songs likeb‘Looking for Love’ prove that CatQ’s is a restless star who will continue to intrigue.

The amusingly entitled Atlanta duo have released their bratty, supercilious sophomore album Sexy with several deadpan and delusional bangers and weird, trap-adjacent mid-tempos. ‘Bad Lil Vibe’ hits on a sublime electro pop vibe which proves to be the perfect backdrop for their self-satisfied musings to one another.

Ojerime inspires Mura Masa with a collaboration that would be a highlight if included on his recent, somewhat inconsistent album. ‘Keep It Low’ – with its chopped and looped, old skool-sample style – showcases Ojerime’s effortless flow and captivating presence; a star in the making.

Charismatically rambunctious and unburdened by genre restrictions, Special Interest’s third album Endure is a radical mix of styles that are thrillingly held together by Alli Logout’s outstanding vocals. There is so much to choose from here that it’s easy to be sidetracked by the more immediate tracks, but that would be a mistake.