With August offering up some pretty big revelations from the top guns of pop music, you’ll be forgiven for failing to notice the emergence of The Saturdays’ newest single, Disco Love. Let’s pretend you give a shit so I can have a chat about it, alright? I promise to make it funny. And there’ll be pictures too.

It’s like watching your ill cat’s heartbeat at the vet – when it drops, you’re a bag of nerves and potential disappointment (/heartbreak) but then it picks back up and there you are, bouncing off the walls at the prospect of a healthy pet/great pop song. It’ll never be sky high but it doesn’t flatline either. What I’m trying to say is it’s full of EDM inspired angry synths but it never really amounts to anything revolutionary: it kind of teeters along, sounding a bit like a Lady Gaga bridge mixed with a Saturdays single. But, as most of us know, that’s not really a bad thing in the long run. And we’ve still got the eternity of remixes to come, thus we hold our breath for a great big club banger (looking at you, Bimbo Jones / Kat Krazy).

There’s some saxophone bits in it

And, boy, do they sound good. Taking a leaf from modern giants such as Gaga as well as retro acts, The Saturdays have cleverly incorporated some jazzy tones into this song and it undoubtedly benefits from this decision. It’s a nice holiday away from the crass combination of tinny electric guitar, relentless drum machines and Guetta-style synth. HOORAY.

It could be played at a real life genuine disco

Moving on nicely from the dulcet tones of the openly appreciated sax, this song has a disco vibe. I’m not talking old/nu Daft Punk but it could easily be played at a kids roller disco. Saying that, it could be “dropped” at an adult disco too, so long as there was lots of fun alcohol involved like Apple Sourz and Malibu. Regardless, you’d have a great time skating around, singing your heart out  (crying into your vodka red bull) to this if that’s your kind of thing. If it’s not, you’re in the wrong place entirely. 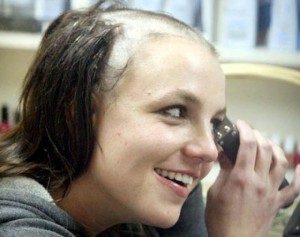 That’s right guys. The “Queen of Pop”, ready and waiting to make her comeback, gets a nice mention from the girls. What an honour. But really, The Saturdays (and their ghost writers) have genuinely pulled out the stops for their references in this single. ‘Gentleman’ went a bit overboard, what with the naming of 17,000 men they want to sleep with, but they’ve nailed it this time around. Some highlights, I hear you ask? HERE TO HELP:

“You take me back in time to 1979 – we’d be with the Beegees babe, everybody’s staying alive”

“Got me wanting the physi-physical” 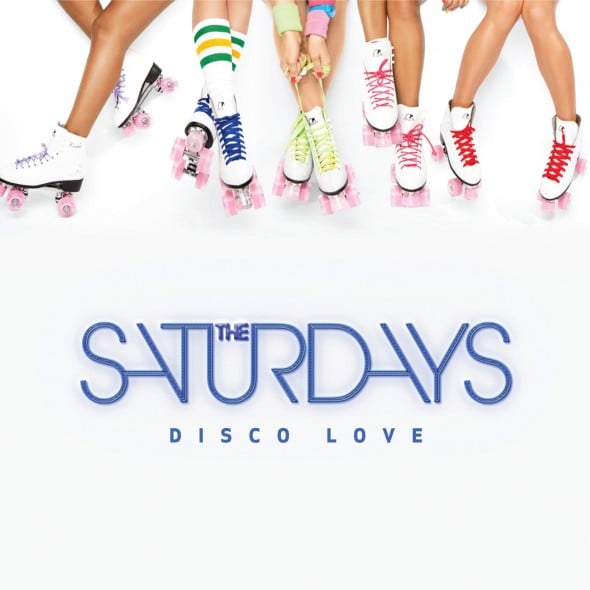 The artwork has a good font to skate ratio

A good single sleeve and you’re half-way to success. right? Our Sats have done well with this simple and “fun” cover, I mean seriously, raise your hand if you don’t like stripey socks. Hands down at the back. We like a bit of white, empty, useless space and I, personally, bloody love continuity. They’ve stuck with the same “timeless” font and they’re always whacking in five different colours to represent individuality. Cripplingly cheesy but we lap it up.

It has a similar message to Miley’s “Who Owns My Heart?“

Remember that one? It was the second song on Can’t Be Tamed. WAIT COME BACK. It was alright really and dealt, rather groundbreakingly, with the prospect of love in the club. “Who owns my heart (figuratively)? Is it love or is it art (music)? You know I wanna believe that we’re a masterpiece (good combination) but sometimes it’s hard to tell in the dark (club/disco/bedroom).” Awkward situation to find yourself in, I’m sure you’ll agree. Our favourite five-piece are dealing with something along the same lines as Cyrus: “Oh is it love that’s in the air? Oh, feel the chemistry in here”. Well it sounds as though they’re a trifle more certain than our “aimless amateur actress turned Disney sensation come Country singer then sort of an actress again for a bit before dabbling in club bangers then awful actress and now addict and releaser of above-average music”.

But what does it all mean?

As our very own Nicole Scherzinger would say this is “shamazing”. But in real life, that pretty much means it’s aimlessly shit but technically really amazing. I wrote a piece about enjoying pop music regardless of how money/selling out /labels /release /expectations /reputations ruin it and this is exactly the kind of thing I’m talking about.

This song is cleverly written (albeit by people who are paid to write great songs but good on them, they keep us going) and well/over produced. It’s current and interesting, without becoming lost in the crowd of endless house-inspired releases, the majority of which are devoid of all personality. It sounds exactly like the Saturdays and also nothing like them at the same time (where in God’s name is Frankie on this one?) and, most importantly, it’s loads of fun. This isn’t a meagre attempt at heartbreak, not mentioning any particular songs ; this is them doing what they know. The Saturdays might never quite hit Girls Aloud status, even with them out of the question altogether, but you have to admire them for never giving up… regardless of how many number 19s they get.