Holy Trannity last Sunday proved once and for all why Manchester does it best! On show was a diverse showcase of the different styles of drag our city has to offer, topped off by the headline act – shipped in from Texas as part of their UK tour.

Hosted by the fabulous Sheela Blige, there’s more drag at Holy Trannity than you can shake a (lip)stick at. On arrival, Sheela greets the drag-hungry punters like a shimmering wall of glamour. Always fierce, and owning the club with a wicked smile and a mountain of hair, Sheela rocked her hosting duties. It’s a surprise she, too, doesn’t perform – her own style is large, precise and intimidating more, and would add to the multifaceted evening of performances. But Sheela still manages to steal plenty of the limelight without effort – not least because she drips more bling than the rest of the club put together.

The night’s performances kicked off around 10pm with a series of numbers from the Holy Trannity house crew. Between them they did group performances and a few solos, incorporating numbers from Aladdin, Sister Act and even The Pirates of Penzance – and who knew Davina DiCampo had such pipes on her? Go on, girl! This was a very British, showgirl style of drag, quite different to the gem-drenched cool of Sheela and the pageantry of the American queens, but part of a very glamorous, high-kicking tradition familiar with drag connoisseurs across the country. They added an authentically Mancunian element to the mix, with a set full of gags, costume-changes and audience participation. Fab! 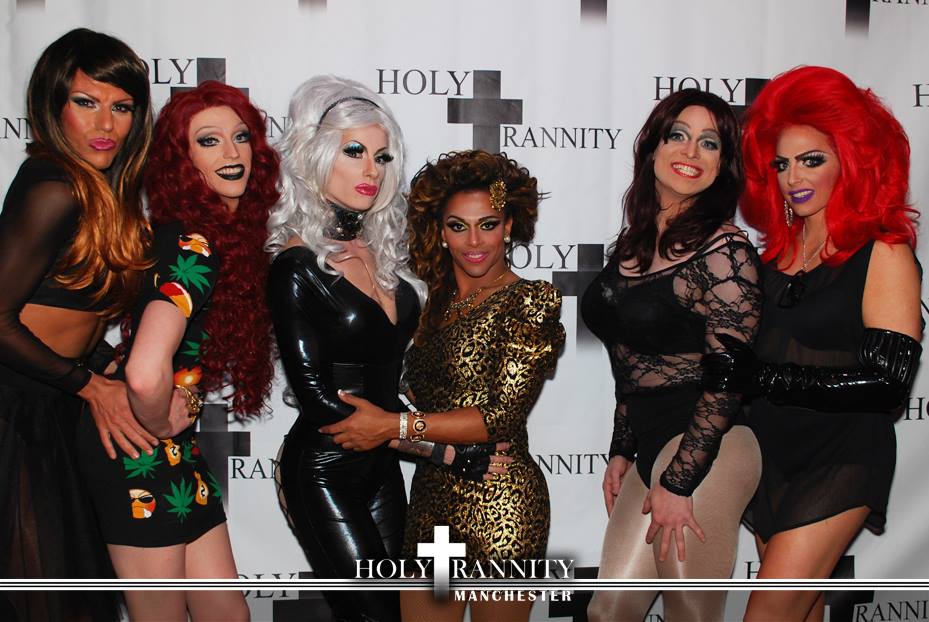 But, of course, the crowd was baying for the guest acts: Haus of Edwards. Shangela, Alyssa Edwards and Laganja Estranja took to the stage to perform first as a group, and then individually. Their control of the audience was inspiring – they had the crowd eating out of their well manicured hands. At times the cries were so loud I thought I’d go deaf, and the queens positively feasted on the adoration they received. They deserved every bit of it.

Between them, the RPDR girls had more splits than an ice cream truck. From Shangela’s single to Laganja’s body-slamming to Alyssa’s rabble-rousing turn on the mic, Haus of Edwards brought the sass. They were came, they saw, they werqed it.

You can catch some of the highlights of the night in this video:

Oh, and did we mention that 12 April is Battle of the Seasons at The Ritz? The night will feature RuPaul’s Drag Race legends Adore Delano, Alaska 5000, Ivy Winters, Jinkx Monsoon, Manila Luzon, Pandora Boxx and Sharon Needles. It’s also Holy Trannity’s birthday on 2 August – and some extra-special guests are promised!

You can buy tickets for this and future events at EventBrite.