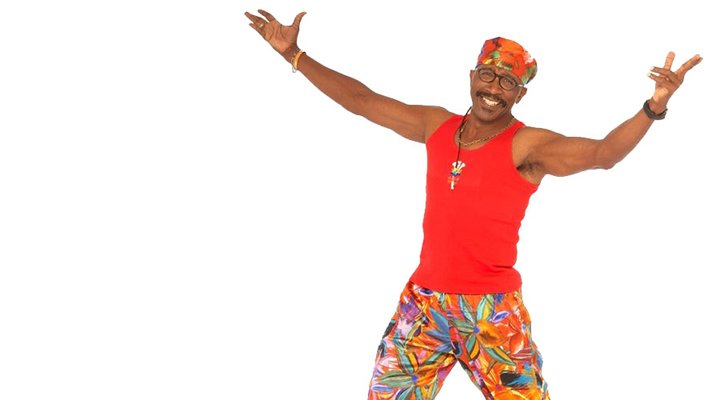 Derrick Evans, AKA fitness sensation Mr Motivator, has recently launched his new book, The Warm Up: The story behind the Lycra with television’s Mr Motivator. We had a catch up to see what inspired the book, what he’s been up to and what his future plans are.

You’re currently between the UK and Jamaica – what have you been up to?

​My life revolves around being in the UK for motivational talks, appearances at festivals etc. In Jamaica I have a tourism business called H’Evans Scent, where visitors both local and tourists can ride the various high wire activities, play paintball or just relax have lunch and watch time go by. It offers adventure, relaxation, excitement​ ​all rolled into one.​

Your new book ‘The Warm Up’ has been making an appearance all over social media, what inspired the book?

​A life that began 63 years ago: from being given away at three months old, being abused, bullied, being a single parent, broken marriages and surviving against all the odds… Mine is a story that needed to be told as so many of the public did not have a clue about the person Derrick Evans – they only saw Mr Motivator. ​It also was a very rewarding experience to see my life jumping back at me off the pages.​

RELATED ARTICLE  Fitness and health goals for 30-something gay guys

The Daily Star has recently deemed you a ‘mental health guru’ – would you say this is accurate? what prompted you to shift from fitness to mental health?

​That’s totally inaccurate, I never said I was giving up on physical exercise, far from it, what I did say is that a positive mental approach in everything that we do is the controlling force in our lives, and I believe that I can help many people out there who want to achieve a sense of wellbeing​, just by getting their mental focus right. “Think success and you will be successful”.

You have a get away retreat in Jamaica – Paint Splat and H’Evans Sent – which would you say is a must visit of the two parts?

​H’Evans Scent and Paintsplat is one and the same business, offering paintball, ziplines, food, relaxation and lots of space for playing games and the family spending time together.​

Slight shift in questions – when I was younger, you were a highlight of my morning TV and on just before the Power Rangers – who was your favourite power ranger and why?

Those were great times, my Saturday morning Time Out with Mr M was the highlight of my week. Also introducing the power rangers was just good, innocent, old fashioned TV. I liked all of the Rangers and what they tried to do, which was to rid the world of all that is bad.

Your sports wear has always captivated the nation – have you considered working with any brands to develop a sportswear range?

My unitard and accessories were and still are in demand, with lots of requests to purchase them and no one is doing it! Lycra on a man is the most comfortable way of dressing for exercise. I would consider working with a brand if the right offer came forward.

In 2012, you featured in a music video for ‘In Da House’ – do you plan on venturing further into the music industry?

​I loved every moment of this project, it was just an idea that came to me via two young DJs and I thought about it for one second and I had to say why not! ​I am not a singer but I would love to do some old feel good classics.​

Where will we next be able to spot you in the UK?

​I am on the festival circuit again this year, it is always so much fun. My first appearance will be in April at Snowbombing in Austria, then it is onto Bearded Theory, Common People, ​Bestival, Innocent, Truck, Ynot and many more – just watch this space.

What’s next for Mr M?

​I want my own TV show. I would love to do a documentary on the history of fitness and exercise from around the world. It may just happen​. “Think success and you’ll be successful”.

Derrick Evans’ autobiography The Warm Up: The story behind the Lycra with television’s Mr Motivator, is out now as an eBook and paperback, priced at £14.99.