Firstly, apologies for not posting last week’s OMGame of Thrones piece – computer issues at Vada HQ meant that it couldn’t be done in time. But we’re back this week, for the big dreaded nine! And what an episode ‘Battle of the Bastards’ was!

Move over Tarthbane, Yanny is endgame 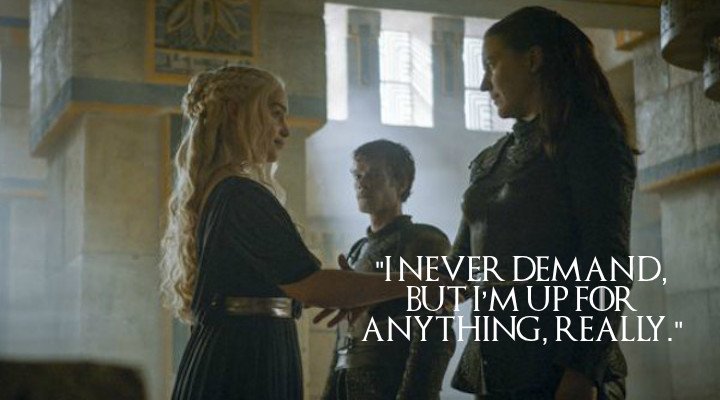 Dany and Yara were totally eye-fucking each other during this scene, right? And to add fuel to the fire, Emilia Clarke has added fuel to the fire by saying she’d be all up for an epic lesbian romp with the soon-to-be (hopefully) queen of the Iron Islands.

I am all for this. Both have experimented with their sexuality previously (Dany with her handmaiden, Yara by ‘fucking the tits’ off a prostitute) so it wouldn’t come entirely out of the blue.

But either way, Dany FINALLY has the means to head to Westeros. She had her epic army, her under control dragons, and a fleet of ships big enough to carry them across the Narrow Sea. Surely the final episode HAS to see her head across?

RELATED ARTICLE  OMGame of Thrones - The House of Black and White

Battle of the Bastards 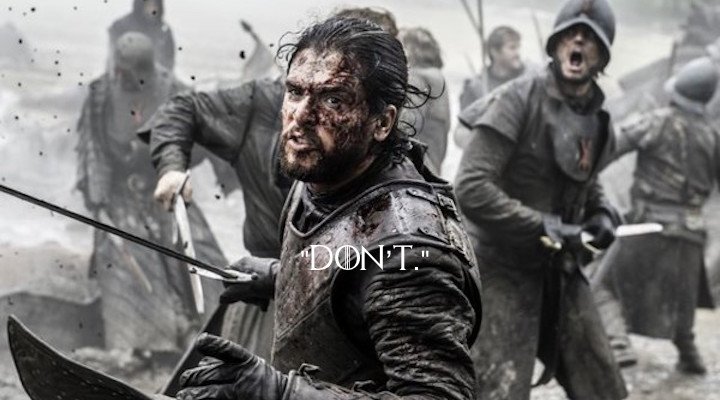 We’ve had a few epic battles in Game of Thrones before, but I don’t think any come quite as close as this one in terms of pure quality. The shot of Jon in the midst of the battle with enemies attacking him left, right and centre was stunning, as were the overhead shots of Ramsay’s army closing in and trapping Jon and co.

Alright, so the battle was predictable, but it was hard to tear your eyes from the screen nevertheless. It was gripping, and it’s hard to believe that it was produced on a television budget. Now it’s easy to see why the past two episodes have been a bit slow, because their budget has been reserved for the epic bastard battle.

I kind of expected Rickon to die. He was brought back purely as a motivator for having Jon attack Ramsay, but it was still heartbreaking to see. We’ve lost another Stark, meaning there are only three left in play. And I’m still thinking that Arya is dead, and that the Waif has taken her face. That could leave only two. And I know what you’re thinking – what about Jon? But he isn’t a Stark. R+L=J HAS to be confirmed next week! 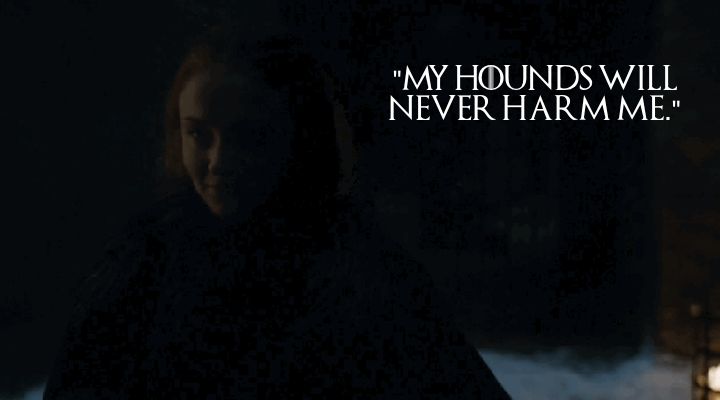 I am SO glad that it was Sansa who saw to Ramsay’s downfall, as brilliant as it was to see Jon pummel him repeatedly in the face. But Sansa is the person (aside from Theon) who has suffered the worse from Ramsay, so it HAD to be her to finish him off.

RELATED ARTICLE  OMGame of Thrones - Blood of my Blood

And even to the end Ramsay held his cockiness about him; he was sure he would wrangle his way out of the dungeons. Ramsay’s method of death was predictable, too, but it was such an exhilarating feeling to see his hound lunge in and bite his face, as were the repeated screams of anguish.

And the best bit? Hell, the bet bit of the entire episode? Sansa’s little smirk as she walked away. She enjoyed that, and so did we a little, right? Okay, A LOT.

The motherfucking dragons are UNLEASHED 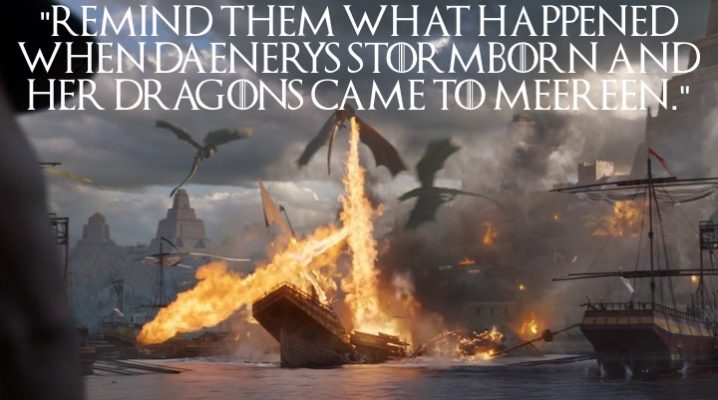 But as amazing as the battle of the bastards was, the siege in Meereen was much more epic in scale. Last year’s dreaded nine showed the potential that Drogon has; this year’s unleashed his full power. But it wasn’t just him – Rhaegal and Viserion escaped their catacombs (it’s only taken them about six episodes!) to join their brother.

Three dragons in the sky again was beautiful to behold; seeing them unleash fire upon the fleet of ships was absolutely stunning. I could have stayed in this moment for the entirety of the episode and it still probably would’ve been the best episode in a long time. I think a lot of people have forgotten how incredible this sequence was because of the epic battle that followed, but it was INCREDIBLE.