Whilst ‘Blood of my Blood’, the sixth episode of the sublime sixth season of Game of Thrones, didn’t feature an OMG moment like every other episode thus far, it was still captivating television. And it still featured plenty of shocks, including one that got the internet buzzing. I predicted it last week – COLDHANDS.

A girl is Arya Stark 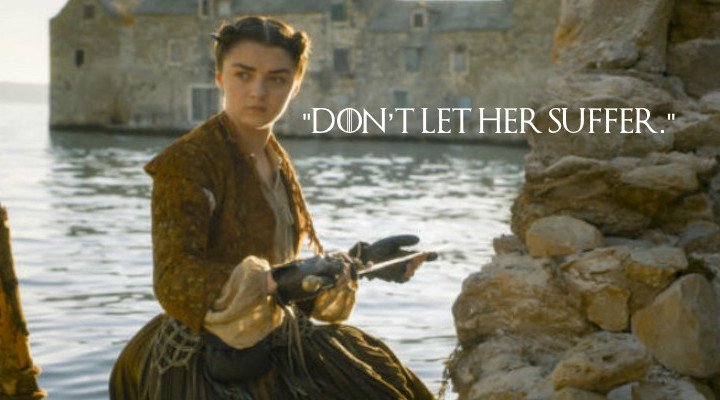 I am so angry with this U-turn by Arya. For the best part of two seasons she has wanted to be a Faceless Assassin, and she just ups and changes her mind because of the words of the actress she was meant to kill. I don’t buy it, and it means we’ve wasted so much time investing in this story.

A showdown between Arya and the Waif is surely imminent, and the Waif will obviously die. Good. I can’t stand her. But I have a feeling that this may be Jaqen’s plan all along, to allow Arya to truly show her potential.

Either that, or Arya is gonna steal some faces and head back to Westeros. She has some scores to settle, after all.

RELATED ARTICLE  OMGame of Thrones - The Sons of the Harpy 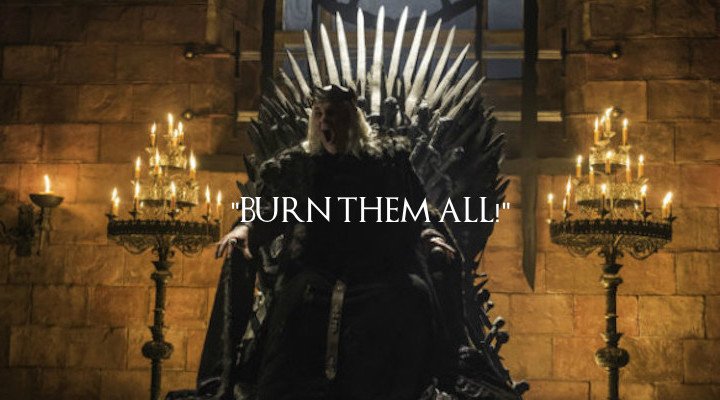 Amongst shots of wildfire, Drogon seemingly flying over King’s Landing, bloody hands (boy, they’re REALLY enjoying teasing the R+L=J theory this season), we were treated to a very brief glimpse of Mag King Aerys Targaryen. Y’know, Dany’s father! And he uttered his infamous line: ‘Kill them all.’

What a treat. I am really vying for a full-blown flashback about Aerys, or maybe even a spinoff, because the Targaryen dynasty holds so much potential that can be exploited onscreen. There HAS to be another appearance, right?

Margaery is playing a long game… I hope 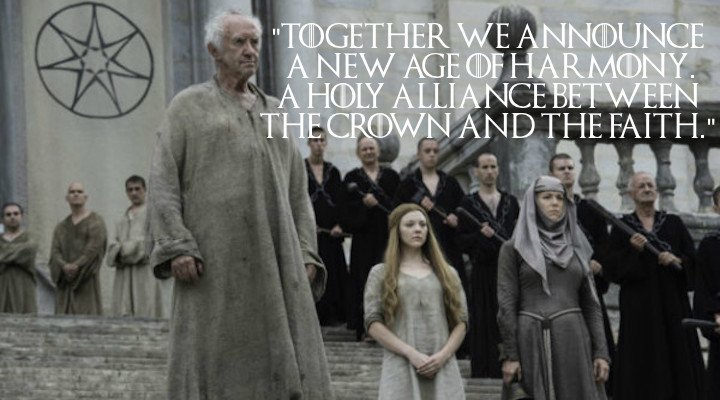 If Margaery and Tommen truly have turned and joined the Faith, I want them both to die. But I don’t think it’s as clearcut as that. I don’t know how she manages to do it amongst the Sparrows, but I think Margaery is playing a long game by fooling the High Sparrow into thinking they have joined his ranks, just so she can be allowed back to her family.

And there the drama will kick off. The High Sparrow has to die soon, right?

But as there was no Walk of Atonement for Margaery, where does this leave Loras? In the eyes of the Faith, his crimes of homosexuality are worse than Margaery’s, so somehow I don’t think they’ll let him off so lightly. I think Loras is going to be truly broken by the end of this.

The most despised man in Westeros is back 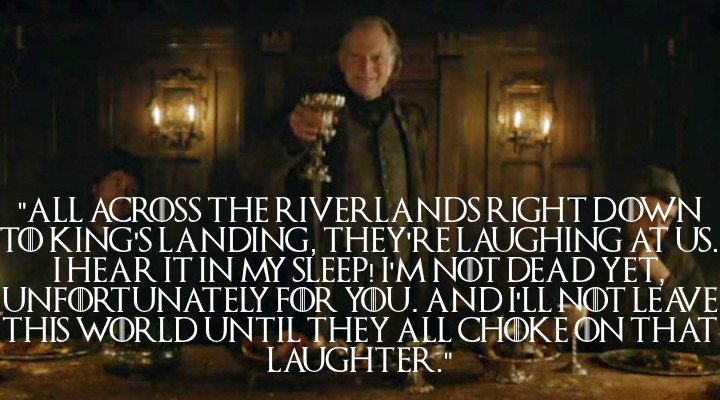 David Bradley’s return came out of nowhere – there was no connection between the Frey’s and the preceding story, so his malevolent grin came as quite a shock. But he has surely returned for one thing and one thing only – to die. Otherwise, why bring him back at all?

RELATED ARTICLE  10 Moments from Game of Thrones Season 6 Trailer that made us go OMG!

BUT I have a feeling we may be about to witness something worse than the Red Wedding. I have no idea what, but I think Walder Frey will have another huge shock for us before he bites the bullet. I just hope none of my favourites die.

Did you all hear his reference to the Brotherhood Without Banners? I have a hunch they’ll be returning imminently, too. And with them comes Lady Stoneheart. I’m STILL convinced she’ll be appearing… after all, we finally got Coldhands, didn’t we? 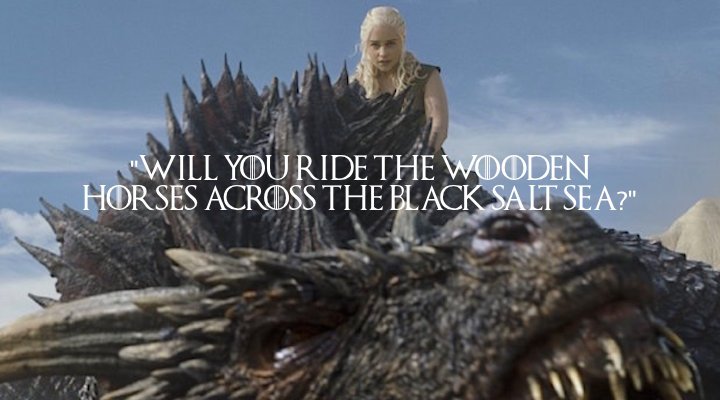 This speech by Dany wasn’t really needed. It brought nothing new to the table that we haven’t already seen or heard before, despite Drogon looking completely stunning.

BUT her speech is identical to the speech Khal Drogo delivered way back in season one, showing that even though she’s been shagging Daario, her heart still belongs to her deceased husband. But it’s about time Dany stopped talking about heading to Westeros, and actually went instead! 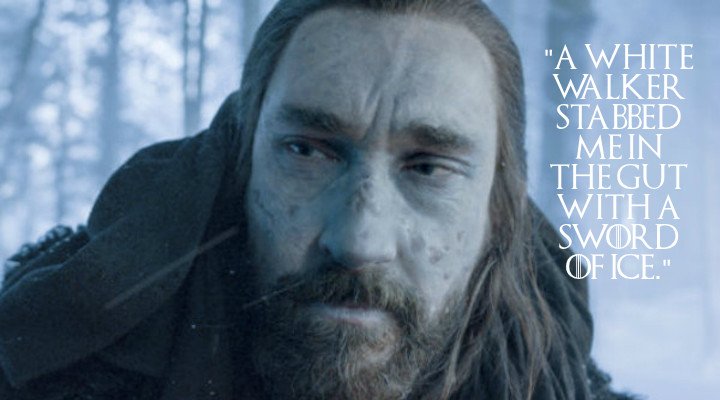 Okay, so he doesn’t actually have the titular Coldhands, and he probably will never be called Coldhands on screen, but it’s Coldhands from the novel and I’m just salivating at the mouth. His appearance affirms by belief about Lady Stoneheard.

I have no idea where Benjen will come into play in the show, but I think it’s hilarious how suddenly Bran is everybody’s favourite character! Okay, so I hated him seasons one to three, but I actually loved him in season four, so I’m not one of those jumping on the bandwagon. But as much as I love Cersei and Dany and Sansa, I have to admit that it’s Bran who I’m excited to see every week. That may be due to his flashbacks, but they really are so tantalising!