I say this every season, but the sixth season of Game of Thrones really is shaping up to be the best thus far. We’re treated to at least one death per week, and now that the show has overtaken the novels, there are shocks aplenty. Who could’ve guessed how ‘Book of the Stranger’ would have begun – or ended, for that matter? 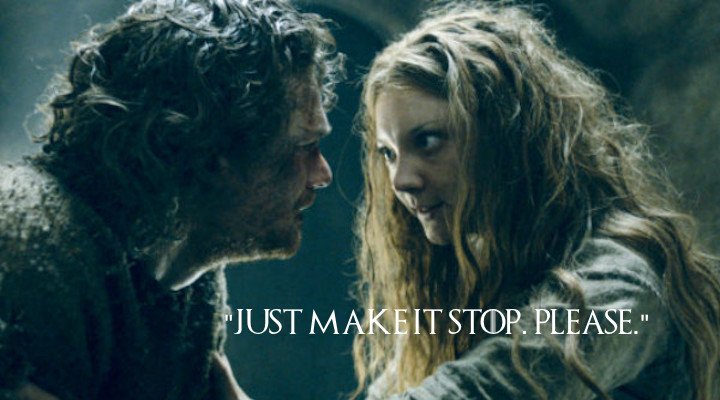 This week saw the return of Loras, who truly looks dreadful. He’s broken, perhaps beyond repair, because he begs his sister Margaery to do whatever the Sparrows want in order to make his pain stop. This is heartbreaking. Loras, or Margaery for that matter, don’t deserve their current plight, and I sincerely hope both make it out alive.

I hope the union of Olenna and Cersei culminates in the death of the High Sparrow. He has outstayed his welcome.

Grey Worm and Missandei ACTUALLY get something to do! 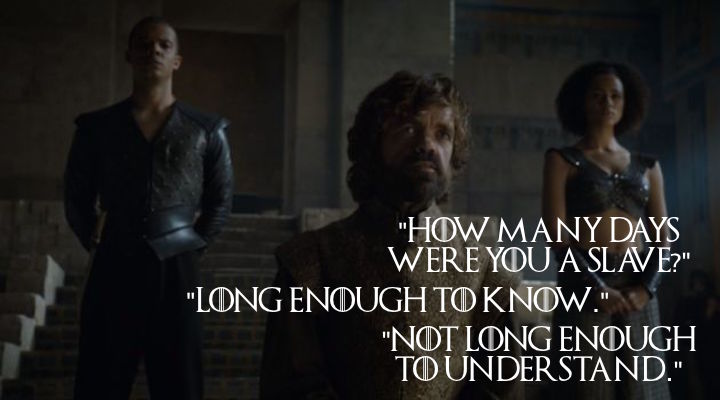 The Meereen story this season has been tiresome due to a lack of Dany, but not this week. Step forward Missandei and Grey Worm. Both slay.

They spar with Tyrion with regards to his proposition about slavery and tell him to be careful about who he’s dealing with. It’s nice to finally see both of these characters step out of the shadows and actually make an impact – they make more of an impact than Tyrion – especially considering Nathalie Emmanuel is credited amongst the main stars of Game of Thrones and usually has very little to do. More scenes like these, please! 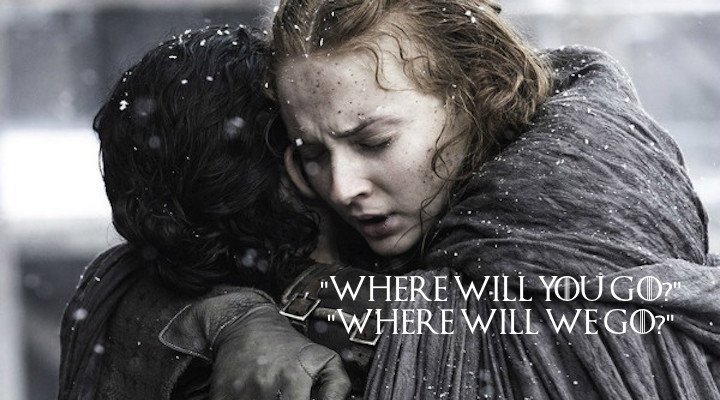 When I first saw the trailer for ‘Book of the Stranger’ and saw that Sansa arrived at the Wall, I was expecting another missed opportunity like the near reunion of Bran and Jon, or Arya and Sansa. But I was wrong THANK GOD.

The looks. The run. The hug. All of it works without being cheesy. It’s strange that I am rooting so much for Sansa and Jon, despite them never interacting in the novels or show before. But I’m just glad that some form of happiness has finally came to Sansa, and that the Starks are finally set to take back Winterfell. Both Sophie Turner and Kit Harington act their socks off, and their brief reminiscing about life before they left Winterfell is bittersweet. I hope this reunion is one that lasts. 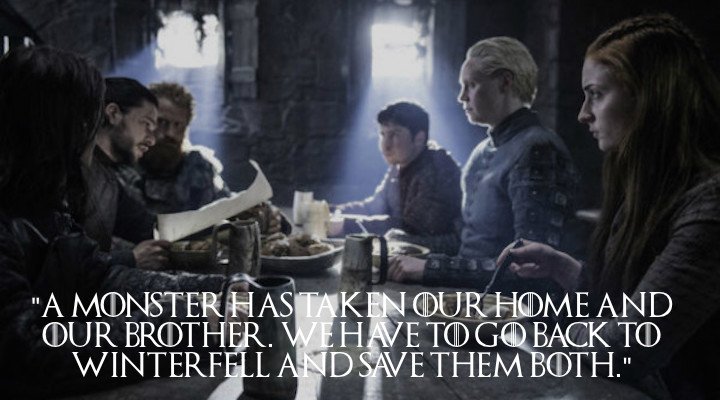 But of course it can’t all be happiness and smiles, can it?

Because the Pink Letter has arrived (albeit a very different one from the novel) and now Jon and Sansa know that Ramsay has Rickon captive. I was surprised that Sansa took charge and persuaded Jon to act, but it shows how much Sansa has grown since the pilot. It is her and Dany who have gone on the biggest journeys overall, and both are better people for it.

As Sansa said earlier, she was an ass to Jon. She was an ass to everybody. I sincerely hope she manages to ask Arya for her forgiveness. Imagine all of the Starks back together… Endgame, right? 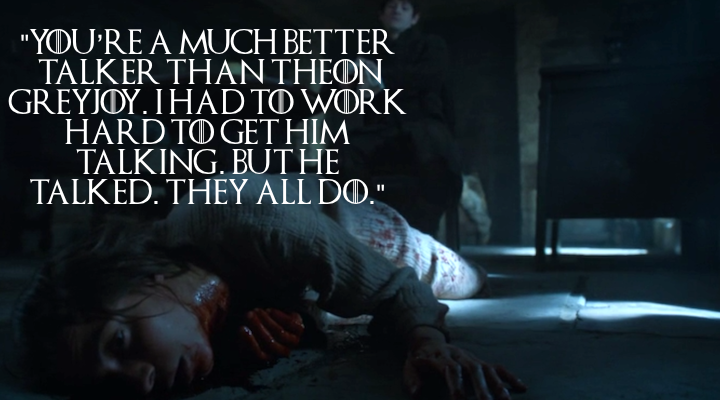 Ah Ramsay. I say this every week, too, but he truly lives up to his recent status as a bastard, because he’s only gone and killed Osha! Bastard!

This came as the biggest shock of the night, because Osha has been MIA for over two seasons, and to get Natalia Tena back for two tiny scenes seems incredibly unjust. I loved Osha. But I did see it coming. Any form of paternal figure in the lives of the Starks never lasts for long – just look at the Hound or Littlefinger, neither of whom are protecting the Starks anymore. 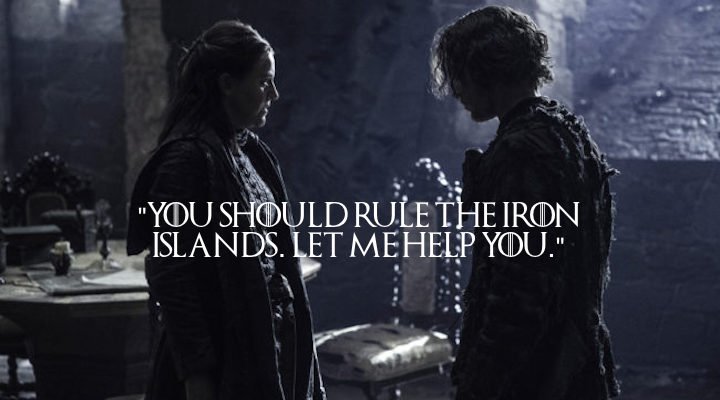 I hate to say it, but I think this may be the year of Theon. I do now think there is a possibility he may be able to redeem himself without dying, and I wouldn’t be adverse to that at all.

It’s only briefly appeared over the course of five seasons, but I am really enjoying the Pyke storyline, and I think that Yara would make a formidable leader. Next week the Kingsmoot takes place, so expect the recently introduced Greyjoy’s to be fleshed out considerably. They can’t do a worse job than the Dorne storyline, right? 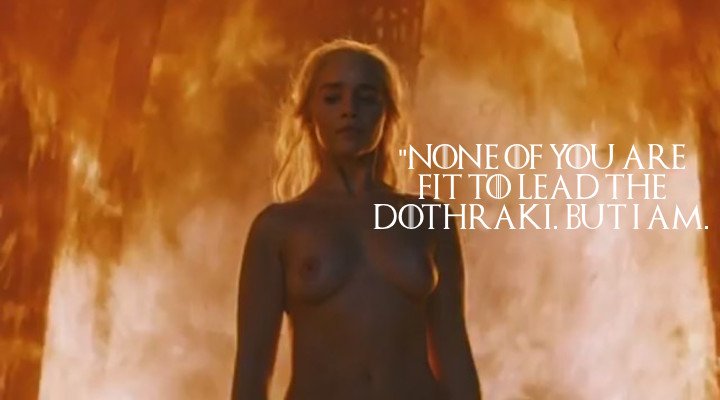 This closing shot is utterly beautiful, hearkening right back to the closing shot of season one in a way that doesn’t feel forced or rehashed. It’s managed to get me excited for Dany again.

RELATED ARTICLE  OMGame of Thrones - Battle of the Bastards

I did fear that Dany would spend the entirety of season six as a captive, and as such I thought they were rehashing her season one storyline unnecessarily. But no. We were treated to a captivating speech by Dany (it’s been a while since we’ve had a Dany speech, hasn’t it!) before she upends three braziers and torches the Khals alive. It is her intention to take command of the various khalasars and finally unite them. And, after seeing the gathered crowd of Vaes Dothrak bow to a naked and unburnt Dany, I have a feeling she’ll achieve this goal.

Surely it’s only a matter of time before she heads to Westeros, right? Right?