You can tell that Game of Thrones is gearing up for its colossal season finale, because the seventh instalment, ‘The Broken Man’, was slow, with very little forward movement. Everything is very slowly getting into place for what is sure to be a shocking finale, and as such not much happened at all. Oh, well apart from a MAJOR character returning, and the potential death of another MAJOR character. But, bookending the episode with these moments, ‘The Broken Man’ overall felt… flat.

The Starks head to war 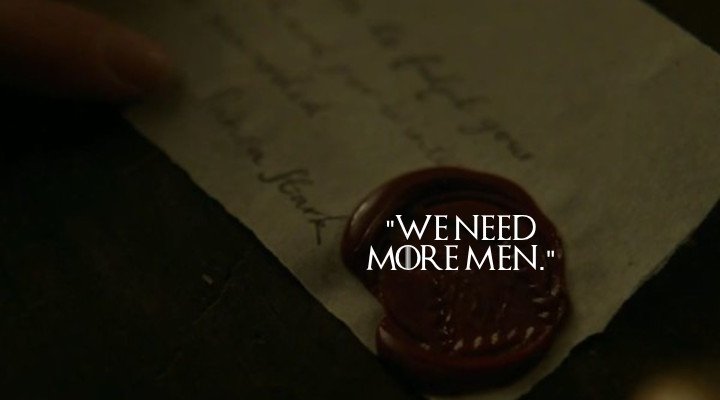 Let’s face it, an awful lot of this episode featured Jon Snow and Sansa Stark pointlessly talking about their upcoming fight for Winterfell. The scenes of them confronting the various houses in the North weren’t needed. Even though Lyanna Mormont proved a formidable player who will potentially have a bigger role in the future, the varying pleas and cries for help grew tiresome almost immediately.

I do, however, understand why it was Davos who was able to sway Lyanna; he has history of talking to young girls, and he probably saw some of Shrieen in Lyanna.

RELATED ARTICLE  OMGame of Thrones - Battle of the Bastards

All of this leads to Sansa declaring that they don’t have enough men, and off she departs to write a mysterious letter. This letter has to be to Littlefinger. There is literally nobody else she could be messaging, so expect another Sansa and Littlefinger reunion before long.

Margaery IS playing the High Sparrow, after all! 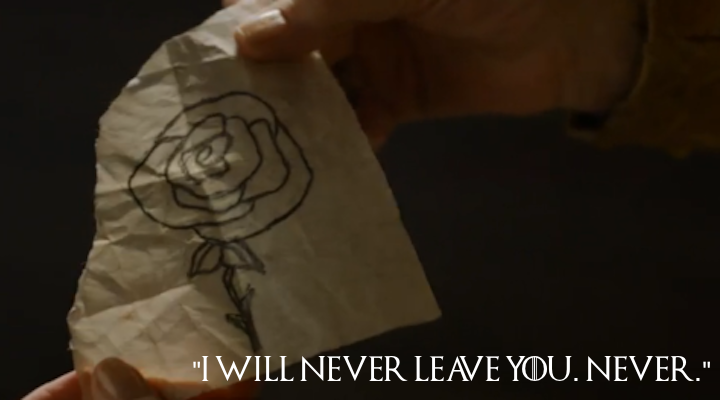 Called it! Quite how Margaery is going to escape the clasps of the Faith, and Quite what Olenna is going to do when she returns to Highgarden remains to be seen, but I am so glad that Margaery hasn’t turned tail to side with the High Sparrow.

I really want Olenna to rally the people and powers of House Tyrell and descend upon the High Sparrow with a mighty wrath. He has outstayed his welcome. 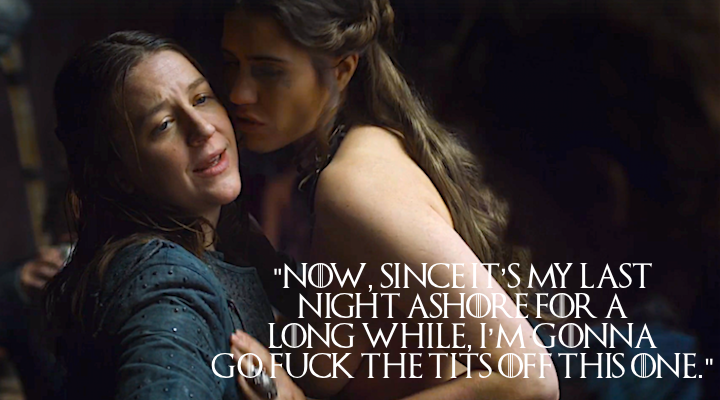 Now, this was perhaps the only truly great scene outside of the bookending pivotal moments, for me at least. I like Yara, and here she was brilliant in coaxing Theon out of the husk of Reek. I still think he is going to die sacrificing himself to protect Sansa (or maybe even Yara), but after three seasons it is so nice to have Theon back properly.

A few jokes about his manhood (or lack of) aside, the relationship between Yara and Theon has never shone as brightly as it did here. You could really believe that they had each others’ best interests at heart. I am LOVING the Greyjoy story this season.

Sandor ‘Fucking Chickens’ Clegane is back! 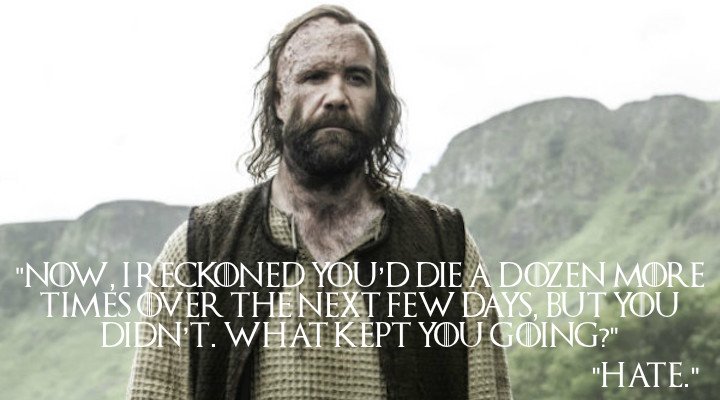 A cold open is rare in Game of Thrones. Outside of season premiers, it’s unheard off. So I expect I wasn’t the only person to be confused when the episode opened without the infamous titles or score. But I understand completely why they did it.

Sandor Clegane is back, and boy does he mean business!

‘The Broken Man’ is pretty much a Sandor-centric episode. We return to him several times and truly become invested in the partnership of Sandor and Ray, played brilliantly by Ian McShane. I always knew McShane was only ever going to be in one episode, so his death came as no surprise at all, but he was brilliant while he lasted.

As was his speech. Ray is Septon Meribald from A Song of Ice and Fire, and the episode’s title refers to his stark speech given in A Feast for Crows. If you haven’t read it, go hunt it out. It’s exhilarating.

But back to the episode. Come the climax, Sandor is angered once more, and heads off with axe in hand. My money is on him heading back to Kings Landing, where his brother has also escaped death. The Cleganebowl is a-coming!

A girl is Arya Stark, and Arya Stark might be dead 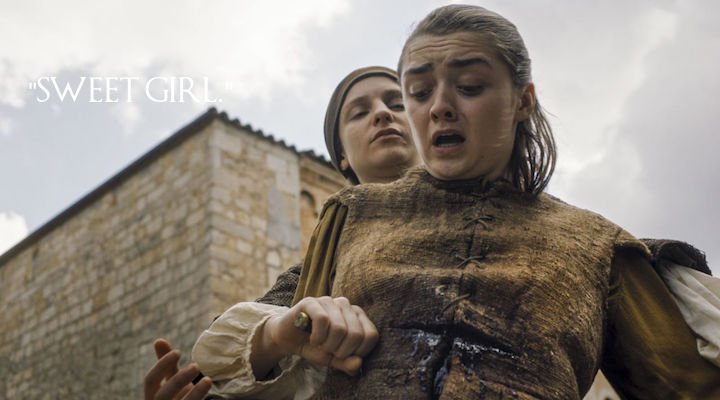 There is simply no way that Arya is dead. No way whatsoever, and yet I cannot work out how she could have survived this vicious attack from the Waif.

I expect that she’ll make her way back to the House of Black and White, where the waters seemingly have magical properties, and that’ll heal her or something. It’ll be a copout, regardless. But it’s high time that Arya and the Waif faced off, for good this time. I want Arya to kill her, steal her face, and then steal some more faces from the vaults, before FINALLY heading back to Westeros. Otherwise they may as well just kill her off.