Whilst the third episode of Game of Thrones’ sixth season was slow with regards to some storylines (I’m looking at you, Samwell), other threads were exceptional. Most featured stories were progressed, and though they’re wasn’t a colossal reveal like the previous two episodes, ‘Oathbreaker’ overall felt more rounded. A lot happened. 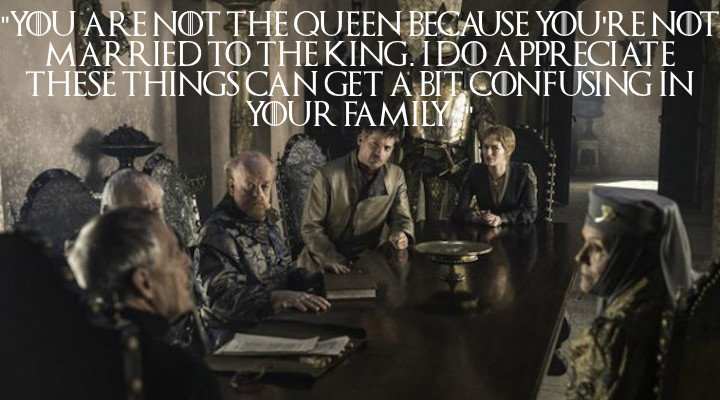 Oh how I have missed Olenna. Diana Rigg is always a delight to watch, and she manages to steal every single scene.

Cersei is currently amassing a plot for revenge, that includes Qyburn taking control of Varys’ little birds, and seeking payback for the death of her daughter. So she takes to the council, only to be shot down with another stellar one-liner from Olenna. As much as I love Cersei, I cannot deny that this blow was hilarious. I love it when Olenna and Cersei spar off against one another – hopefully Olenna will stick around for longer this season.

Jon Snow is done… and so is Olly 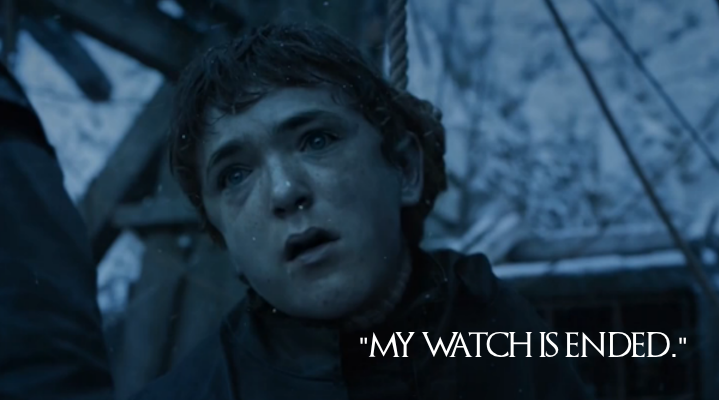 As exciting as Jon Snow’s story this season is, I do feel as though it’s being forced down our throats. So much is happening at Castle Black that other stories aren’t progressing as much as a result… but when the material is this rich I suppose I can let that go.

So Olly is dead, thank fuck for that! I’ve wanted him dead since he shot Ygritte, so I’m glad that Jon hung him, along with Alliser Thorne. I’ve wanted Thorne dead ever since he first appeared!

Is Jon a god? Melisandre certainly thinks so, and it looks as though her faith is going to be restored. And with Jon seemingly leaving the Night’s Watch at the end of ‘Oathbreaker’ (coincidentally he WON’T be breaking his oath, as he swore himself to the Night’s Watch until his death, though his pledge never mentioned anything about coming back to life), I’ll be interested to see where Melisandre’s story goes from here.

And Jon’s, for that matter. Will he march on Wintefell, or will be meet up with Sansa? I have an annoying feeling that Sansa will turn up at the Wall AFTER Jon departs which will piss me off even more than the almost reunion between Jon and Bran in season four.

Arya can see – hopefully this storyline will get good again 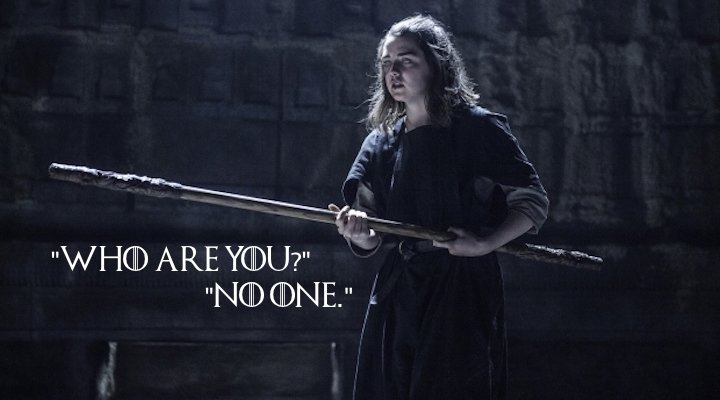 I’m so glad that Arya can see again; this story was getting boring. It was dragged on for far to long, though I did enjoy the montage of her fighting and recounting the history of Arya Stark. It was beautifully shot and executed.

RELATED ARTICLE  OMGame of Thrones - The House of Black and White

I hope Arya truly is No One now. I want to see her as a formidable Faceless Assassin, and I hope that she manages to cross off a few more names on her list (but not Cersei!).

Dany is in a pickle. Again 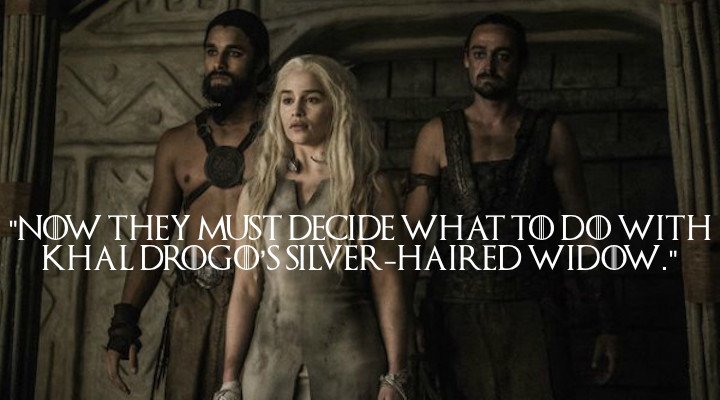 I am so done with this storyline already. I never thought I’d say that about Dany. I even manages to find positives in her dreary season two arc, but this right now feels like treading old ground. Dany has been a slave far too many times. She’s been vulnerable far too many times. This, right now, feels as though five seasons worth of character progression has been squandered.

I want to see Dany take control of all of the Dothraki Horde’s, release the Dosh Khaleen, and finally, finally, set sail for Westeros. If that isn’t the parting shot of season six, I’m done with Dany. 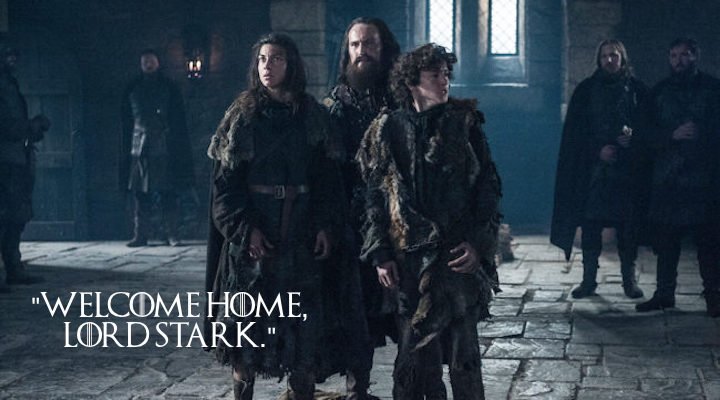 Oh fuck. The look of pure joy on Ramsay’s face when he’s given his gift tells me that Rickon and Osha are in for a very bad time.

It’s such a delight to see Rickon and Osha back; they haven’t been seen since season three. And, surprisingly, Art Parkinson who plays Rickon hasn’t ages as much as I thought he would have. Hopefully there will be some payoff to these characters returning. Hopefully Jon will turn up and slaughter Ramsay.

The Tower of Joy 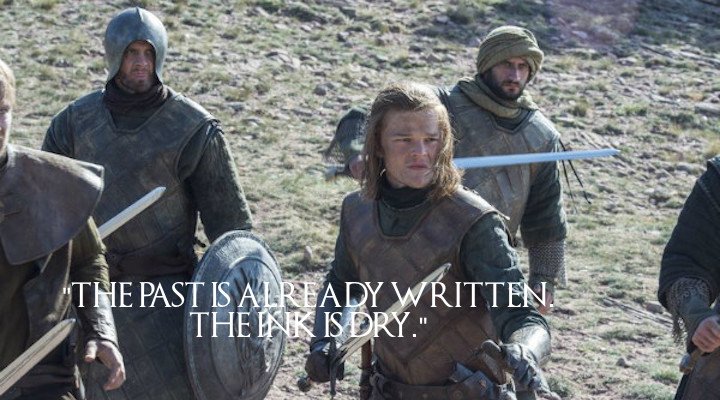 And finally we come to the standout scene this week. The Tower of Joy.

I both loved and loathed this scene. I loved it because finally we may be getting an answer to R+L=J, and the fact that Robert Aramayo is the perfect choice to play a young Sean Bean. The fight scene was glorious, perhaps rivalling the stellar battle between the Mountain and the Viper in season four. And I also loved the look of pain on Bran’s face. He clearly wants to stay in the past because his present is so bleak, but I suspect positive things on the horizon for him.

So why did I loath it? As a book reader, I know what the Tower of Joy could mean. And we were teased so much. We heard Lyanna screaming and then… we returned to the present. I understand why this is being drawn out, but at the same time I wanted to throw my shoe at the screen because I WANT TO KNOW goddammit! Next week, hopefully.