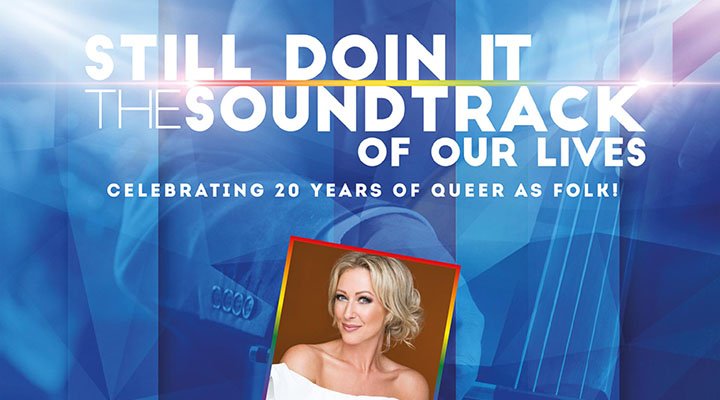 The 1999 show was written by Russell T Davies, who helmed the revival of Doctor Who, and followed three gay men in Manchester’s Gay Village. Its legacy brought countless LGBT people to the city and made Canal Street a world-famous tourist destination.

The cult soundtrack, which undoubtedly contributed to its international fame, included ‘I Am What I Am’, ‘Haven’t You Heard’, ‘Love Pains’ and ‘Santa Maria’ – all of which still pack in the punters on dance floors around the world. Meanwhile, breakout star Charlie Hunnam – speaking of his love for the show last year – has said he would welcome a revival of Queer as Folk for modern audiences.

Speaking of the event, Faye says, ‘Manchester – I hope you are ready, as it is going to be one amazing night. The majority of these tracks are hits in their own right, but to be re-working them with Manchester Camerata has been fabulous and I am really excited for everyone to see the show.’

She continues, ‘Manchester has always been a place I have loved visiting, especially when on tour with Steps; the gay audiences have stuck with us for all these years, so this is my personal thank you by performing at this amazing anniversary show.’

CDC Events director and co-executive producer Carl Darcy says, ‘This is going to be an unmissable event and what better way of celebrating the 20-year anniversary of such an important show to the LGBTQ community, than with a musical spectacular. We’ve got some fabulous artists already on board and more to announce over the coming weeks, so watch this space.’

Faye Tozer is currently competing on the BBC dancing show, but is more popularly known as one of the members of the beloved 90s pop group. She also has a glittering career in stage musicals, starring in shows like Rhinestone Mondays and The Tailor-Made Man.

The Times has called Manchester Camerata ‘Probably Britain’s most adventurous orchestra’. They opened Glastonbury in 2017 and have sold out shows such as Hacienda Classical and Disco Classical.

Tickets for Still Doin It Live are currently on sale and selling fast. The one-night performance will be on Friday 22 February 2019 at the Manchester Albert Hall.

For more information and to purchase your tickets visit stilldoinitlive.com.