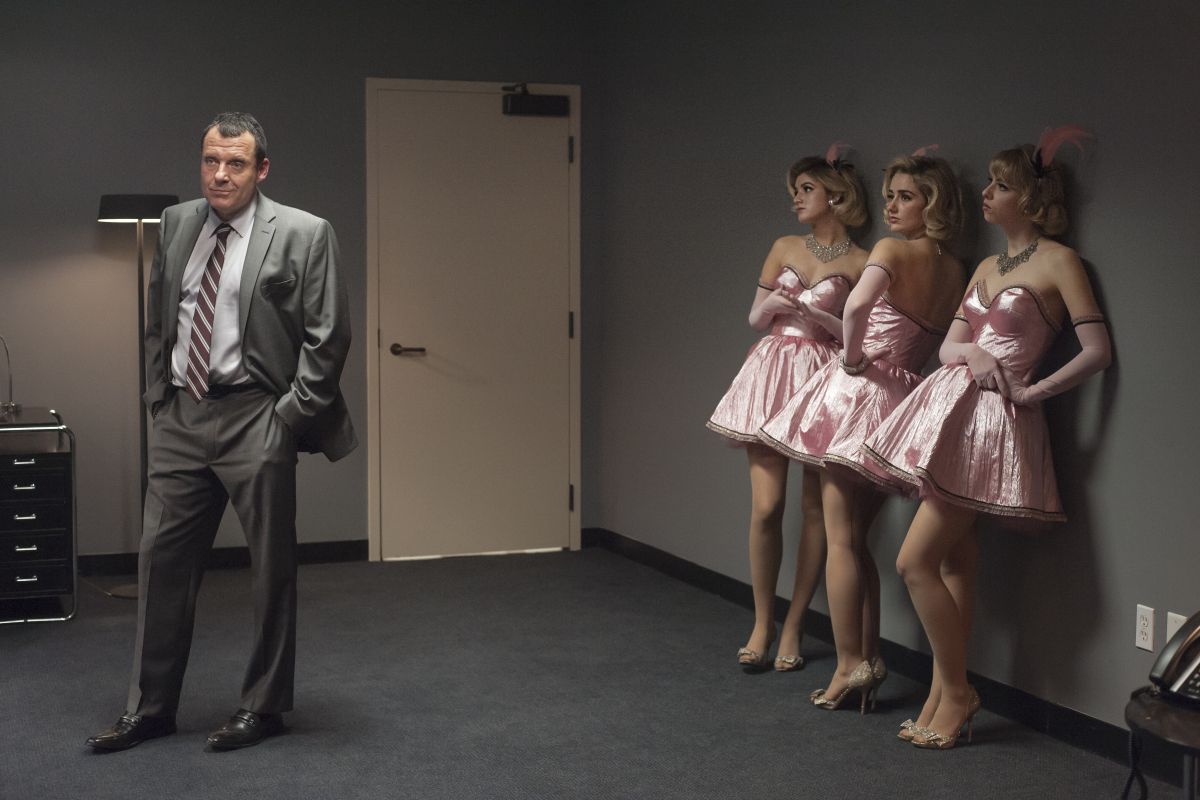 In my review of episode 6 of the current season of Twin Peaks I reflected on how odd it was that the title of that particular episode was aimed at a man and not the scores of female characters to whom it actually conveyed a genuine and very real warning. ‘Don’t Die’ the one-armed man tried to tell Dougie Jones, aka Special Agent Dale Cooper. Well he hasn’t yet and I have a strong feeling that he won’t either, I’m not so confident about some of the women of Twin Peaks however. Episode 10’s themes are of hate and repeated violence towards women, with very occasional glimpses of hope, and ideas of love and infatuation.

All of its scenes are set in the Real World but, and particularly so on second viewing, it is strange as anything we have seen so far from Lynch and Frost this time around. Like the sprawling and terrifying worlds of David Lynch’s film Inland Empire, Twin Peaks is showing what happens to women, what has always happened to women and whether and when there will ever be change. It’s an old story and a sickeningly relevant one but it seems as though Lynch has adjusted his stance from the sometimes appropriate accusations of misogyny to that of showing misogyny in action, and the subsequent, desperate requirement of urgent change. There are still problems here though and Lynch and Frost can insist in presenting women in ways that are not always required in order to further the narrative.

Richard Horne has possibly murdered Miriam, the young woman who witnessed him committing the brutal hit and run in episode 6. He then goes on to terrorise his grandmother in front of her recovering son Johnny, who groans in frustrated agony. In the first scene you see nothing and in the second (which is less physically violent maybe but far more appalling) everything. It is impossible that anyone other than Audrey Horne is Richard’s mother and as Johnny’s appearance last week did not as suspected result in his death, it is likely she will appear to try and resolve her son’s destructiveness and not the anticipated funeral of her brother. Due to the character’s popularity her absence is frustrating of course, but the longer she kept from is, the more her circumstances are of concern. How can she reconcile the fact that this is her child?

Becky is threatened by her husband Steve whilst trailer park Carl Rodd, he can hear the assault, depressingly exclaims that ‘it’s a fucking nightmare’. In Vegas one of the 3 identically dressed show-girls who chaperone the owners, the Mitchum Brothers around, Candie, whacks Rodney Mitchell around the cheek with a remote control whilst trying to swat a fly. It’s a long, silly scene but highlights the fact that violence committed accidentally by woman and towards men results in the women being overwhelmed by the potential repercussions. Candie though, played by Amy Shiels, is not quite the two-dimensional character that Lynch could have made her, and thank goodness for that. Following her hysteria at bloodying her boss and partner’s face, she then fails to respond to her name being called and then undermines them both when presented with a simple instruction. It’s a funny and rebellious and extremely strange moment.

Candie is asked to collect Anthony Sinclair from the casino floor who has been instructed by Duncan Todd to lie to the brothers regarding Dougie Jones (their Mr Jackpots, our Special Agent Dale Cooper) about an insurance claim he denied purely because he has a vendetta against them. This is because Todd was told by Mr C to kill his doppelgänger and now that Ike the Spike has been arrested, he might as well get someone else to do it. Janey-E has taken her constantly moving and enigmatic Dougie to the doctors for a check-up finally and seems to see for the first time his muscular physicality. Her female gaze leads to a sex scene that is farcical and daft as she tells him that she loves him, but what does she love exactly – a mute man with a stereotypically ‘good body’? It’s one of the occasions where Lynch gets the tone wrong; why should a women’s desires be met in such a comedic, slapstick way?

There is a constant repetition of environments in Episode 10, scenes played out in the exact same place as we have seen before with the same characters. Nadine watching Dr Jacoby’s vlog, Dougie Cooper and Janey-E outside their red door going out to work, Jerry Horne still shouting out to no-one in the woods and the Vegas girl trio’s pink against the grey of the casino’s security office. This is the opposite of episode 8 where every beautiful and disturbing, disrupted image was a new one, almost every situation seemingly with no prior context. The best part of this episode is without doubt then its final quarter, when things move forward and there are unexpected and moving appearances. The violence drains away but it was there for a reason, a warning that this repetition will continue forever unless attention is paid and previous patterns discarded.

‘Laura is the one’, the name of this episode, is told to Hawke by the Log Lady, again in the same rooms they occupied when we saw them again in the first episode. Laura is also seen as a phantasm when Gordon Cole opens his hotel to door to Albert. She is crying , distraught and when she still was alive, just hours way from her eventual murder. It’s confirmed by Albert that Diane may be colluding with the bad Coop and Gordon tells him he knew something was wrong, ‘I felt it when she hugged me’. Tammy appears with photographic evidence of the same bad Cooper taken outside that glass box in New York with an unknown man. It’s all coming together and in this scene alone all of the show’s crucial and relevant protagonists are present; Lynch himself, Laura Palmer and Dale Cooper. ‘These days, the glow is dying’ Catherine warns Hawke and in Twin Peaks Laura Palmer represents all woman, extending outside of the show and into the world.