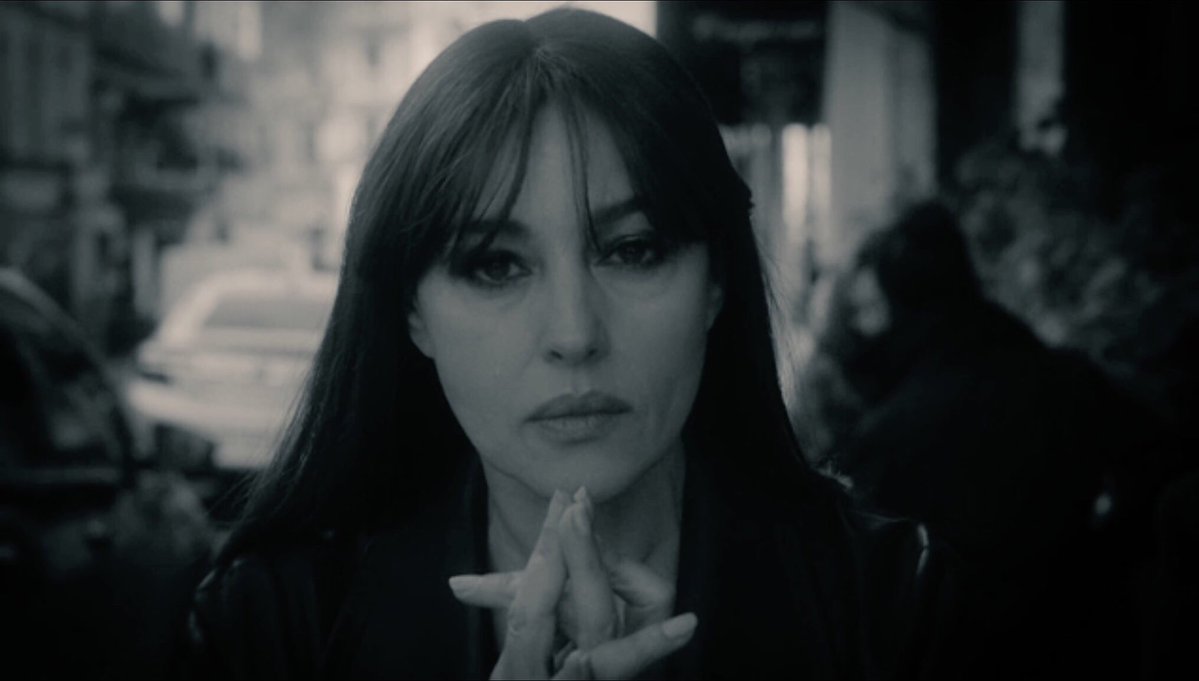 ‘When you became Denise I told all of your colleagues, those clown comics, to fix their hearts or die.’ This is a line David Lynch, playing Gordon Cole, wrote and said to transgender FBI Chief Denise Bryson, played by David Duchovny, to reassure her that one person’s intolerance of another person’s state of being, their essential self, was more than a little unacceptable. It was a great scene and exchange, with the show’s meta element at the fore. Sarah Palmer, the mentally and physically decaying mother of Laura, put those words into action at the Elk’s Point #9 Bar in Twin Peaks during episode 14.

Brooding over her Bloody Mary, Sarah is hit on by a guy who won’t take no for an answer. He threatens her with a slew of homophobic, violent abuse and she calmly takes her face off, bites a large chunk out of his neck and kills him dead. Yep, where her daughter has a face full of blinding bright light – she’s also capable of temporarily removing her visage too if you remember, way back in episode 1 – Sarah Palmer’s is pitch-black with dripping syringe type fangs and a manic floating Cheshire Cat smile. This was unexpected. We knew something was very wrong with Sarah but this type of murderous demonic possession, if that’s what it is, no one saw coming.

Episode 14 is indeed a very high-voltage episode. Fast-paced, revelations abound (yes, there are 2 Coopers people!). Some threads from recent episodes are left hanging – such as Audrey’s state of mind, Evil Coop’s whereabouts following Ray’s murder and his visit to the farm whilst being observed by who we presume is their son, Richard Horne. But despite Sarah Palmer’s depressing night out, this episode of Twin Peaks is devoting almost its entire hour to its namesake location. The beauty of the area is shown fully in this episode with a warmth that many will welcome and recognise from the original series.

‘Deputy Diane reporting’ is one of my favourite deadpan-deliveries from the series so far, and there have been many. The nonchalant-but-tense, exasperated-beyond-belief Diane Evans is a woman with a history she wears on her sleeve but refuses to exploit. Laura Dern is clearly having so much fun in this role, a wonderful gift indeed given to her by her friend and long-standing collaborator David Lynch, and her all-too-brief appearances are relished and teasingly played. She is collaborating with either Evil Coop or Philip Jeffries or someone we haven’t met yet, but she isn’t being truthful to her colleagues and they know it. in fact I wouldn’t be surprised if she knows that they know. Tonight she confesses to being Janey-E’s estranged half-sister – both women have been referred to as ‘tough broads’ and maybe we should have anticipated this, but Diane of course hates her and hasn’t seen her for years. Is this the whole truth, though? Not long to find out that’s for sure.

David Bowie played Philip Jeffries in Twin Peaks: Fire Walk with Me and he appears again tonight in a recycled clip from the film. He was due to appear in The Return but died before his part could be filmed. I think people are holding out hope that this may not be true and that he will again appear but this unlikely, especially as the episode tonight is dedicated to his memory.

Monica Bellucci plays herself as she appears to Gordon Cole in a dream. He relays this dream to Agent Preston and Albert. It’s not the first, and in it Monica asks Cole, ‘But who is the dreamer?’ She looks into the distance and encourages Cole to do the same. When he turns his head he sees himself 25 years ago with Albert and Agent Cooper when the ‘long-lost’ Special Agent Jeffries appears, pointing at Cooper and saying, ‘Who do think that this is there?’

Gordon Cole’s Monica Bellucci dream made him remember an event that he witnessed in waking time, and not a moment too soon.

The Return has been building up to the first of two visits to Jack Rabbit’s Palace and is a wondrous, essential Twin Peaks experience in following Bobby, Harry, Hawke and Andy into the woods. Following many gorgeous, haunting overhead shots of occasionally swaying Douglas firs and omnipresent mist, makes for a glorious, long-anticipated buildup to their arrival at the spot that they have directed to by Major Brigg’s posthumous instructions. In the near-distance, white smoke billows, clearing slightly to reveal a naked body lying on the ground. Naido from episode 3 has landed after flinging herself off the bell-like object in an attempt, I believe, to save Dale Cooper from ‘Mother’. Andy holds her hand whilst all the men look at the vortex forming in the sky – it’s 02:53 – and then he is sitting in front of the character we have known as The Giant but who introduces himself as The Fireman.

This is unexpected. Of all the characters who we would imagine may meet the inhabitants of the White or Black Lodge – and I believe Andy to definitely be in the White Lodge now, although this has never been clarified – then it would have been Hawke certainly, maybe even Bobby – but Andy? Never. He has been presented to us as a mainly two-dimensional, good natured doofus. But his humanity has always been there from the show’s beginning, his emotions expressed freely and his honour as a colleague, a friend and a husband to Lucy has never been called into question.

It’s maybe easy to overlook the Andys in life and cruelly underestimate them, something that Lynch and Frost seem keen for us to challenge. A smoke bomb of sorts lands in Andy’s lap and produces images of The Experiment (aka ‘Mother’?), the woodsman, Laura Palmer’s image watched by two guardian angels, electricity pylons (and especially the one marked with the number 6), Naido and, worryingly, his wife Lucy. He returns to the woods and takes charge of the blind and chirping Naido as he knows she’s in danger – but what else has he learned?

There has been a lot made of what appears to be the varying degrees of acting ability in Twin Peaks – The Return, and there is a long scene here that is incredibly difficult to watch due to dreadful dialogue and a horrible, self-conscious performance. Jake Wardle plays Freddie Sykes and was seen in the second episode wearing a green glove – we now have an explanation for this. He works at the Great Northern with James as a security guard and the pair are talking about James’ birthday and how, as it’s his birthday, Freddie should tell James why he wears it.

A very long story short, he also was sucked up (in ‘London Town’) and plopped in front of The Fireman. He was told he must purchase said glove, which will give him Herculean strength, and never take it off. Then he must move to Twin Peaks – his destiny. Firstly, I find this storyline jarring. It’s comic-book, Harry Potter-esque whimsy and, in some ways at least, doesn’t fit with the mythos of Twin Peaks at all. More difficult to get to grips with, though, was Wardle’s acting, complete with a dreadful cock-er-knee accent. Of course many will just say this is typically ‘Lynchian’ and one of the auteur’s styles of directing certain actors. On this occasion, though, that’s irrelevant – I hated it regardless.

After Andy and Lucy put Naiko into one of their police cells for protection, and next to a drooling drunk and Chad (finally arrested earlier in the episode for corrupt behaviour), we return again to the Roadhouse. In a now familiar set-up, the camera eavesdrops on two women not seen before, discussing other people we have not seen before – although we have heard some of their names.

Audrey is looking for Billy and these women know Billy. In fact, one of them was the last person to see Billy before he disappeared. She tells the other woman that Billy ran into their kitchen, terrified with blood gushing from his nose and mouth, which ties in with Audrey’s dream. An ominous mood arrives when this woman is asked what her mother is called – Tina, she replies. Audrey can’t stand Tina and this is the woman she made Charlie call. Also Tina’s daughter can’t remember if her uncle was there when Billy turned up – she refers to this and is genuinely puzzled why she can’t recall. Episode 14 is one of the best of the entire show, of all three series, but should we be worried that so much is still being introduced when so much is already unresolved?