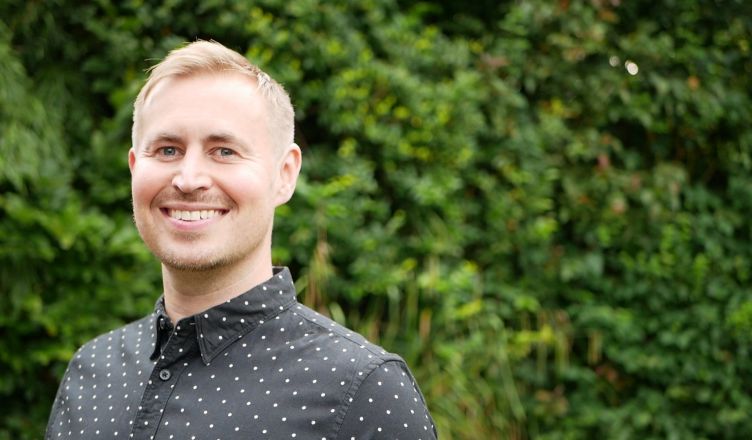 Author Ian Eagleton brings a queer love story to the pages of his children’s book, Nen and the Lonely Fisherman. He was quizzed by Vada Magazine about the book’s success and navigating the waters around discussing LGBTQ+ topics with younger audiences.

As an experienced primary school teacher, Ian Eagleton is arguably suitably placed to guide young people through new concepts. His book, Nen and the Lonely Fisherman is just that – a new way of looking at a love story. When merman Nen comes across a lonely fisherman by the name of Ernest, the two begin a courtship that will see them having to overcome barriers to be together. Eagleton’s words are coupled with the beautiful illustrations of James Mayhew, which broaden the traditional love story mould, and introduce the book’s younger audience to same-sex relationships.

Where did the idea for the book come from?

I wrote Nen and the Lonely Fisherman at the beginning of March 2020, just as the first lockdown was happening. It felt very therapeutic; I remember sitting in the garden in the hazy sunshine and dreaming of mermen and underwater worlds and it seemed like a lovely escape from the stress and worry of the pandemic.

I loved mermaids and sunken, underwater cities as a child, because there’s something magical and mysterious about them. I used to go swimming every weekend with my parents and would always pretend to have a mermaid tail as I swam around!

I wrote so many stories about mermaids as a child and often got in trouble for not writing about anything else. I feel that children at every age have a right to see same-sex couples represented in their books in an age-appropriate, positive and celebratory way. So, I wrote this story for the children who never see themselves in fairy tales and for the LGBT+ teenagers, who like me, continue to grow up feeling excluded from the literary space.

What are some of the challenges associated with writing about a queer love story for a younger audience? How did you navigate these challenges?

For us, we were very aware that we wanted to show Nen and Ernest’s relationship in a tender, loving way but were nervous about depicting things like them holding hands. Our main concern was really how adults would react to this – all the children who have read our book have adored seeing a happy ending between two men.

James Mayhew, the illustrator, felt that we would have no concerns or worries about showing a prince and a mermaid holding hands. Why should we shy away from depicting a loving relationship full of hope and wonder?

There are two very special illustrations in the book. One is of Nen and Ernest staring lovingly into each other’s eyes after a terrible storm. We felt this special moment really deserved a close-up of their faces to capture the love between them.

The other illustration which I love is the final one at the end of the story, where they are holding hands. It’s an illustration full of happiness and hope and we are so glad we kept them in.

Portraying a relationship between two men (well, a merman and another man!) felt defiant and brave, but my hope is that one day it will just be viewed for what it is – perfectly normal. 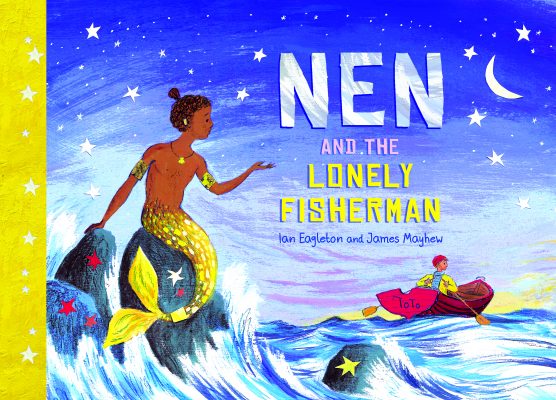 What do you make of the conversation about younger children not being aware of LGBTQ+ topics, or being “shielded” from them?

Having taught in primary schools for 13 years, I can honestly say that this is not the type of thing that children need to be shielded from. Learning about different, diverse relationships and people encourages children to see beyond their own world and gives them the ability to empathise with others.

Teachers are excellent at delivering lessons at an age-appropriate level too – it is their job after all and they are experienced, knowledgeable professionals. Two particular stories stick in my mind relating to this issue. One is when we told my niece that I was getting married to a man. Her response was, “OK! Can we go and play now?”

The other story fills me with such hope – when a class I had taught found out I was getting married to a man they all cheered and clapped and were so pleased for me. A sense of shame and anxiety should never cloud the way we speak to children – they deserve to hear about our world and the many ways in which we love and live.

What have you made of the response to the book so far?

It’s been fantastic! We are so proud of the book but we were also nervous about what kind of reception a gay fairy tale might receive; the responses have completely shocked and overwhelmed us.

It’s been selling out on Amazon, and independent bookshops around the country have been selling out too. People have spoken about the tender relationship between Nen and Ernest and about how excited their children have been to see a merman instead of a mermaid.

We’ve also had the most moving, beautiful message from adults saying how it has allowed the children in their life to open up and talk about different types of relationship. We definitely feel a deep sense of responsibility towards our readers and are so thrilled the book has been so warmly received.

Do you have any other future books or projects planned?

My next project is a Shakespeare-themed picture book called Violet’s Tempest. It’s a story about a girl who has lost her giggle and sense of happiness. She is given the part of Ariel in a school play and wonders how she will ever play such a mischievous character when she feels so low and nervous.

With the help of her loving Nan, and her Uncle Tony and his husband Sebastian, Violet learns to face her fears and turn her whisper into a roar! It’s illustrated by Clara Anganuzzi and published by Lantana.

James Mayhew’s next project is a fabulous book called Once Upon a Tune, which features six stories from many lands, all of which have inspired great music.

Nen And The Lonely Fisherman is published by Owlet Press, and is now available for purchase.