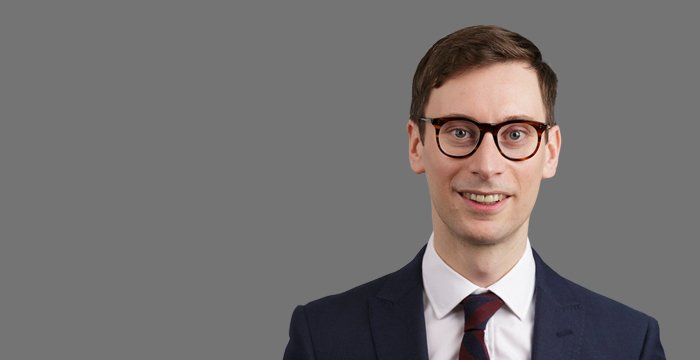 Kevin Poulter has been busy. As we faced several lockdowns due to the pandemic, Poulter has seen the demand for his services as an employment lawyer skyrocket. Vada Magazine caught up with him to reflect on his legal career, the impact of the pandemic on livelihoods, and the future of the employment market.

Because it’s raining heavily on the day that I meet with Kevin Poulter, we don’t dare to venture further than a couple of streets away from his office in central London, where we retreat into the basement of Fortnum & Mason. The wine bar, he tells me, serves pasta.

Perched at the bar under one of the most upmarket department stores in the capital, the buzz of the lunchtime rush forming the backdrop to our interview, Poulter is a far cry away from his Yorkshire roots. Yet, 20-something years later, the schoolboy who was told he was “too soft” for a career in law, is now a partner at a leading law firm.

“It’s been the busiest year I’ve had in the twenty years that I’ve been doing the job,” Poulter tells me when I ask him to reflect on how the pandemic has impacted on his work.

In his office, he shares, a “lighthearted sweepstake” was started to guess how long they would be out of the office, when news broke that we were to stay at home last March. There was a range of suggestions, with Poulter guessing that we would be hunkered down at home for three months. It was clear that nobody saw what was coming – even those with decades of experience in the field.

“Work is very much the cornerstone to many people’s lives, after family,” he says of why he thinks the demand for employment lawyers soared since the onset of the pandemic.

“People’s lives have been so unsettled, and the thing that has been impacted immediately is work. That’s because work is probably the place where we spend the most time.”

Poulter’s role as an employment lawyer sees him mostly advising employers about how to deal with their employees, issues with them, contracts, and policies. What’s more, he will represent employers in tribunals or when claims are made against them.

He arrived into this field with an equal measure of perseverance and resistance. When he expressed an interest in pursuing a legal career, Poulter’s teacher told his parents that he was “too soft” for such a career choice. Then, came the challenge of trying to get work experience.

Aged 14 and with no contacts, he wrote a letter to a local solicitor who offered him a placement. And as one of only a handful of students from his year at his state secondary school in Yorkshire, Poulter battled with an internal crisis of confidence, before going on to study law at the University of Hull.

“It’s not an easy profession to get into,” he tells me of this competitive field. “If you have connections, it’s easier.”

Poulter says people who are looking to break into the legal profession should use whatever means they have to set themselves apart from other would-be lawyers.

“Don’t feel like you have to fit into a particular mould, as increasingly law firms are looking for people who stand out, who have their own opinions,” he adds. “Many firms recognise the strength and importance of diversity and social mobility.”

Why employment law? “To help people,” he replies. Poulter tells me that some regard fields such as employment and family law as being the “softer” areas of the law.

“It couldn’t be further from the truth. Clients in those areas want you to be quite firm, sometimes argumentative and bombastic. Sadly, there is still this perception in some quarters that you’re a bit more of a mediator, and looking for a quieter life.”

Two decades later and amidst a global pandemic, any illusions of a quieter life seem to have evaporated.

“People were still having their normal employment issues, but then they introduced this furlough scheme that nobody had even heard of,” he recalls.

“In the UK, at least, a scheme like this just didn’t exist before the pandemic. The government introduced it, seemingly on a bit of a whim. There was no guidance, no law around it. So people turned to us for help.”

The introduction of the scheme posed many questions for both employers and their employees. Within the legal community, there were questions too.

“Guidance appeared, which would be updated, sometimes on a daily or hourly basis. There was never an alert to say that there had been an update, or what from the original guidance had been updated,” he says. “So you would get this document of guidance that was just getting longer, and longer.”

Poulter recalls feeling as though the law was “seemingly changing in front of our eyes” during many of the daily TV briefings at the start of the pandemic.

“Our job was to field queries from companies and businesses about this rapidly changing guidance. We were almost filling the gap that the government had left, without really knowing enough about the changes and what that would mean for businesses and their employees.”

He continues, “It was sometimes a case of making it up as you go along. Only now are we starting to see some clarifications, yet none of these things have been properly tested in law.”

Outside of working hours, Poulter is no stranger to media work, having contributed to national newspapers and previously hosted the Thomson Reuters podcast, The Hearing.

As those reporting on the pandemic sought out experienced minds to help make sense of it all, Poulter appeared regularly on BBC News to analyse the employment issues facing those watching at home. He also co-hosted the Business Unusual podcast with Paul Cheetham-Karcz.

Alongside additional pressures at work, Poulter shares that like many others, he too was also grappling with adapting to working from home.

Prior to the pandemic, he would have always worked from the office, and on the rare occasions that he did work from home, would struggle to be as productive. “Then March happened, and there was no choice other than to be productive,” he recalls.

Working from home also impacted on his personal life. “We’ve never spent this much time together,” he says of his partner.

“It’s been surprisingly successful. I think that inevitably when you spend so much time with one person, when previously you’re used to having eight or nine hours apart, that can be a challenge. I know that there have been a lot of relationships that have flourished during lockdown, and others have suffered. For us, it’s been remarkably good.”

Many LGBTQ+ people worry about discrimination in the workplace. I ask Poulter if he has ever experienced this.

“I think I’ve been very lucky or fortunate, as far as I know, not to have suffered any form of discrimination at work,” he replies. In fact, rather than homophobia, Poulter feels that his now fading Yorkshire accent posed a barrier to inclusion – not accepted in London as a Southerner, and not having a thick enough accent to “sound” like he is from Yorkshire.

Nevertheless, Poulter is aware that discrimination in the workplace continues to take place. Whilst laws exist to protect employees from this, that does not always mean organisations comply.

“Inevitably some of the work I’ve been involved in has been about discrimination issues and protecting LGBTQ+ people in their workplace, and advising companies about these areas.”

He thinks that now is the time for allies to stand up and speak up about all aspects of workplace discrimination.

“I think that’s taking a while to develop. It’s about race, gender, disability, sexuality, and other under-represented groups who don’t have the people to speak out about these issues. Now is the time for other people outside of these groups to speak up and shed light on the experiences of people within these groups.”

The future for employers and employees alike remains uncertain. Whilst some workplaces begin to open their office doors again, Poulter believes the true impact of the pandemic is yet to be seen.

“I think how employers support their staff over the next months and years will be telling,” he explains. “The mistakes that have been made by businesses over the last 12 months, we haven’t really seen the response to that yet.”

Poulter has made it to the bottom of his plate, having spent most of our interview twisting the spaghetti with his fork, whilst I asked questions that required him to concentrate on anything but his food. Time, it seems, has escaped us both.

“Have we really been here for two hours?” he exclaims, pointing at my watch. He has a busy afternoon of work to get back to.

Speaking of time, I ask him about his predictions for what the past year and a half means for the future job market.

“As the market starts to open up again, people are starting to question if that’s somewhere they want to be in the long-run. We will start to see a movement of people leaving employers that have treated them badly.”

Kevin Poulter is an employment lawyer and partner at Freeths.