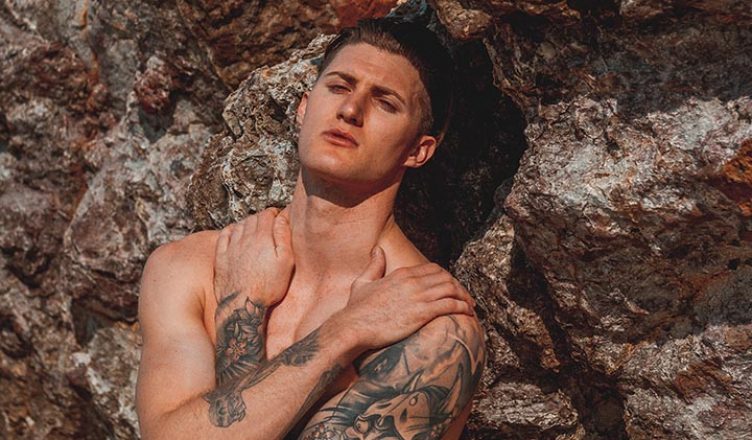 I came across an article the other day in Gay Huffington Post, and was a bit perplexed at what I came across. After my first article here on Vada, I think it pertinent to continue with some of the qualms I addressed about labels. Needless to say, it caused quite a conversation between my fellow Vada writers and me when we began a conversation on what this all meant. Long story short—for those who don’t want to do the reading—Curb, an underwear company based out of the UK, has decided to create a new line specifically marketed towards Gay men. The premise is that you, the willing Gay man can wear a physical label on your body that defines your sexual preference. Are you ready? The underwear is labeled as such: active, bottom, or versatile. Think about the implications of such a fashion statement for a minute.

My mind was blown. Like I said before, I’ve never put much faith in labels, but I think such an advertisement ploy is beyond surface matters, and I refuse to be silent. Every gay man knows the basics, but I think I should clarify for those outside of the gay community—it’s a culture of its own and I am only beginning to understand its many intricacies. I’ll give you the low down. We’ll call it Sean Weaver’s Gay Sex Edu: 101. The basics are simple. A bottom is the receiver and is passive when it comes to sex. Let’s call him the catcher ready to receive the ball full force down home plate. When someone is active it means they give—the pitcher if we want to continue the baseball metaphor. Finally, you guessed it, a gay man who is versatile gets the best of both worlds—he’s both pitcher and catcher.

You got the gist, but I have a serious question to pose. Why, as gay men, do we feel the need to label our sexual preference and use it as a way to relate to other gay men? Isn’t being gay enough? Here’s the catch, we do it because we think homosexuality stands in opposition to heterosexuality. But the irony is that homosexuality is starting to blur lines within the context of heterosexual norms. In the 1960s, Queer theory and the Gay Rights movement grew out of the Feminist movement and set itself in opposition to heteronormative ways. It was a counterculture in every sense of the word. But now the face of homosexuality is changing—gay marriage is a thing of the present, not the far future. Don’t get me wrong, the Gay rights movement still has a long way to go, but it’s gaining momentum.

Given these circumstances, the gay way of labeling sexual preference in position is rather ambivalent and is based on duality more than a sense of compatibility. Great do what you got to do. Meaning, homosexuality is becoming heterosexuality in disguise, it’s both a culture of its own but conforming to a certain ideology. Returning to the labels of bottom, active, and versatile, a few analogies can be discerned, but only through understanding how the hetero/homo binary functions in terms of commonality not opposition—gender roles.

When it’s not thought about, it’s easy to overlook the parallels. As a gay man, I haven’t really given this much thought until now. But in case you didn’t get what I did there, let me clarify.

Which means as gay men, we’re falling into the heteronormative lifestyle and buying into the concept that sex should be about gender: one feminine participant, and one masculine participant. It’s not a bad thing to do so, but we must do it by being careful that we don’t uphold or support the gender roles that are specific to a hetero lifestyle. Gender roles are oppressive. Personally, as a gay man, I see liberation in my sexuality and the gender roles I have the ability and access to perform—gender is performative and we owe this concept to Judith Butler. We live outside the boundaries of binaries and as such we shouldn’t blindly, or naively, support them.

I can be masculine, I can be feminine, and I can be both. Anyone can, but gay men are excellent at this. It’s part of our nature and the culture we live in. Honestly, it’s what being queer is all about. Yeah, I get that some men, when they are in the mood, want a certain position or someone to complete the other half of their fantasy/desire. That’s fine by me, suit yourself. But when you get boxed into certain categories, and certain gender roles, it’s easy to lose sense of what your gay body stands for. We can get caught up in concepts  that shouldn’t necessarily be imposed upon our body, and we let our minds get colonized through our bodies.

I won’t be asking to see yours, or showing you mine anytime soon. If you manage to get my pants off , you won’t find out if I’m a bottom, active, or versatile by the label on my underwear.  Save the labels and false gimmicks. As for me, I’ve had enough with gender roles, heteronorms, and sexual oppression. It’s time to redefine, take back, and re-examine what it means to be gay in terms of my body and sexuality. Maybe gay isn’t enough. Let’s redefine what it means to be queer and go from there. There’s more power in such an act than there is wearing underwear tailored to oppression. Personally, I don’t need underwear like that.

RELATED ARTICLE  How are our sex lives adapting during lockdown?