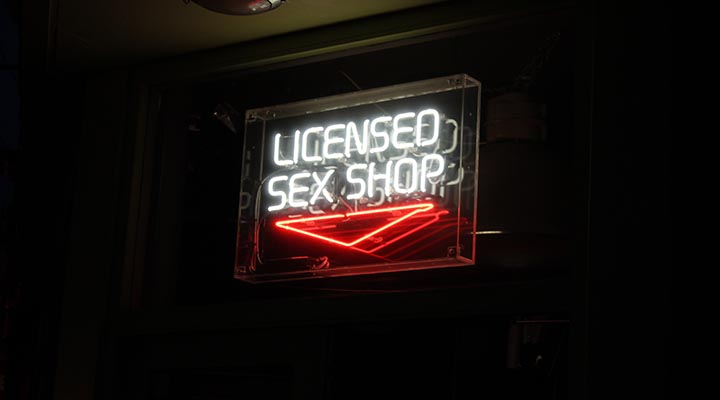 As The Independent reported today, a long list of acts were criminalised, but the depth of betrayal goes far deeper than simply not allowing certain acts to be seen by the British public.

This piece of legislation helps the BBFC, or British Board of Film Classification, to back up the misogynistic and homophobic obscenity laws still in place in the UK, meaning that ‘obscene’ material will be stopped from distribution. These laws have not been updated properly since 1964 meaning that many of the acts described as ‘obscene’ are culturally irrelevant and are practised regularly in the UK – how many women seek the infamous female ejaculation, for example?

What cuts deeper is that when this piece of legislation came up in Parliament, it could have been sent to a vote if either house had bothered to call for one. According to the list of House of Commons Votes and Proceedings for 6 November (the day when The Audiovisual Media Services Regulations 2014 was passed), the papers came to a ‘negative resolution’ meaning that in order for it to have been turned to a full vote and debated on someone would have needed to object to it first. The affirmative parliamentary procedure means that certain pieces of legislation are deemed too trivial to be debated at full parliament, and are so given to certain people – in this case Sajid Javid, the Minister for Equalities between April and July this year, and the current Secretary of State. Any Member of Parliament can call for a piece of legislation to be annulled and brought to full debate within forty days of it being laid out before Parliament. Not a single one has, as far as records go, but there is until the 12 December for this to happen.

The issues that this raises is that it helps reinforce a piece of legislation that not only restricts access to adult content but also reinforces bigoted opinions on women – all for the ‘protection of children’. Frankly this is bizarre, because everyone knows that if you want to find adult content, you will find it regardless of whether you have to pay for it, but even as it says in the impact assessment for the legislation, ‘Current CAC [Content Access Control – this is usually via payment and subsequent password entry] systems are effective in preventing consumption by people under 18 via VOD [Video On-Demand]’ raising the question of why this legislation was necessary in the first place.

RELATED ARTICLE  Signs you may have demons in your anus

There are three main groups at harm as a result of this. The first is the obvious: the adult entertainment industry. As many companies moved to VOD services because it allows for easier access to adult content, both the user and the producer will lose out now that rules have tightened. The majority of these ‘obscene’ acts will remain legal to perform but will now be illegal for viewing and distribution – which seems to make an absurdity of the law.

The second group at harm is the general public who are curious about these kinds of activities and want to know more without engaging in them directly. We all have more sexually adventurous friends who discuss acts that sound entertaining or arousing, and adult content allows us to explore without putting ourselves in danger of the physical act – for example, when Fifty Shades of Grey came out, you can guarantee that more than one reader found it arousing and wanted to look into hardcore BDSM as a result, but adult content allows a filter for those who are seriously into it and those who are just into the idea of it.

Lastly there are the minorities and women it demonises – women and gay/bi men are explicitly told that their sexual pleasure and sexual activities are too obscene to be watched in this country, and that’s assuming that they are the only people engaging in those acts.

Image of the Detroit Crisco fist courtesy of Jerry Vile.

One thought on “Adult content restrictions – only vanilla sex?”