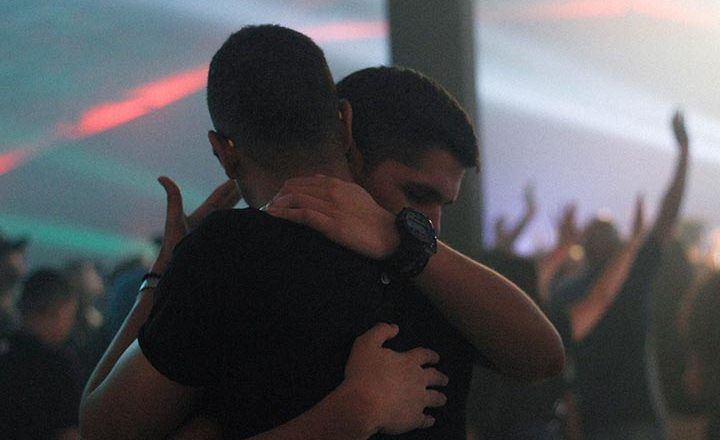 Call me cynical – hell, I can even admit to being an old fashioned romantic – but the concept of open relationships never really interested me as a viable option. For others yes, but not for myself.

I always thought of it as either a way of maintaining your single life with the fallback option of a relationship – committing without the commitment – or of it being an attempt to save a dwindling relationship by allowing you to screw around with whoever you want whilst avoiding the intimacy issues with your significant other.

Popular culture and dominant society tends to favour normative ideas of relationships, valuing monogamy over anything else. Although it hurts to admit it, I have perhaps internalised this relationship norm and taken it for granted.

This is quite a shocking realisation for someone who usually doesn’t uncritically take on any norms. How can I have spent such a large portion of my adult life adhering to post-structuralist ideals without taking open relationships seriously!?

An epiphany was inevitable.

Two of my very close friends are currently in open relationships for two very different reasons, and the results are making me question what I might be missing out on.

The first instance involves a friend who’s been in a relationship for nearly a decade. I can’t even make a relationship last ten weeks let alone ten years, so kudos. However, a couple of years ago things started stirring, and despite there being mutual affection, trust, love, and all the other sensible building blocks of lasting monogamy – they simply weren’t happy anymore.

Both wanting an open relationship they decided to try it. This is the moment where my cynicism would normally appear – is this a final attempt of saving a dwindling relationship? In this specific context I knew it wasn’t, but had I not known the people involved that would have probably been my initial reaction.

Their open relationship started a couple of years ago and the first months were a bit rocky; the rules of the game had been set but the emotional expectations couldn’t be predicted.

However, after the initial teething issues, things seem to have worked out really well. And perhaps the teething issues are merely a manifestation of how internalised the monogamy norm really is?

I recently caught up with this particular friend who proudly proclaimed that both parties are now happier than they ever were before – in fact, since opening up their relationship they’ve grown closer and stronger as a couple. Wow.

The second instance has to do with managing a long distance relationship where a friend of mine had to move back home after temporarily living in a different city for six months for work reasons. During this period said friend met someone and they started falling for each other.

However, as the temporary work contract was coming to an end the looming geographical distance cast a shadow over their relationship. They knew they both cared for each other and wanted to continue exploring their relationship, but realistically they knew monogamy wouldn’t be an option for them due to the distance. Obviously some couples are great at long distance monogamy, but the mature and reasonable conclusion was that it really wasn’t the best solution for them.

So the relationship was opened up and has since been progressing in the same pattern any other relationship would; meeting the parents, planning holidays together, etc.

This all brings me to my latest relationship non-drama; Mr Chemistry. The reason it’s a ‘non-drama’ is because everything is great, it’s been smooth sailing since we started going out a couple of months back. But for some reason I’m still not sure where I want this to go, so we’ve been treading dating water for ages – and I’m getting the feeling it’s time to either swim or get out of the pool.

According to the monogamy norm you’re meant to progress after a period of dating. You date, and if everything is great you take the plunge into a mutual commitment, right? Well, I’m beginning to think it’s time to seriously consider alternatives. I always thought all my relationship neuroses would magically evaporate when I met the right person, that it would just feel right and I’d be instantly convinced that I’d want to spend the foreseeable future with that person.

So what happens with a situation where you can’t fault anything, but you’re still not ready for a monogamous commitment? One could suggest this is a sign that he’s not the one? But perhaps it could also be a sign that monogamy just isn’t the right option?

If I continue chasing this mythological monogamy norm, it may end up taking a lifetime of treading dating water – never pushing myself to the deep end of the pool.

A reason why modern relationships can be so difficult may very well be because some of us are totally over monogamy. It’s not like in the old days where you marry the first person you fall in love with – social interaction has never been as complex or dynamic as they are now. We travel more, we move around more, and digital culture has made the world smaller than ever.

I think it’s time we all seriously start questioning the monogamy myth.