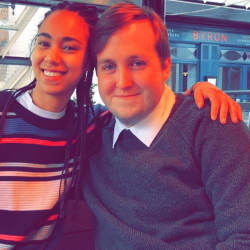 Lewis Fellows
Alleged to have blood stream consisting entirely of snake venom and gin, some say a single scratch from his perfectly manicured nails can kill a man in under a minute. Lewis works in PR and journalism, and aspires to become this generation’s “Little Edie”.

Russia isn’t a nice place, currently.  Certainly not for the gay community anyway. In response to the recent wave of state homophobia and abuse, it’s become apparent that certain establishments and indeed individuals are planning to boycott Russian Vodka.  (Namely the writer Dan Savage, G.A.Y and Ku Bar)

Quite honestly I think this plan is ill-thought out as it will be ineffective. If successful, which is unlikely, it will only harm the manufacturers and employees of the distilleries that produce it, not the Russian government, like so many people somewhat naively predict.

I understand how this plan may seem effective, but its execution will be both sloppy and incredibly unsuccessful.  We need to hurt Russia financially, and impose a clear message alongside our assault, but unfortunately, in the power dependant world that we find ourselves in, I can’t see how this can be achievable. The answer isn’t a bottle of vodka.

The boycott has however achieved one thing: media attention.

Now some are saying that this Vodka boycott is only the beginning, I hear that the Americans are planning something that will be somewhat more effective, Americans are now beginning the process of spreading the news about criminalization of gays and their supporters, essentially alerting the world that Russian LGBT folk are being arrested.

A boycott of NBC television, which is the broadcaster of Sochi games, is being prepared among television viewers in the US, to severely cut NBC profits. In 2013, the only thing that speaks is money, and the Sochi games will never earn back the $52 billion.

I see the practicality of this plan, however, more needs to be done to have any effect.  Putin is stubborn, and we need to be equally as difficult to ignore.  It’s all very sweet having Tilda Swinton stand outside the Kremlin with a rainbow flag, but that’s hardly going to have much of a detrimental effect.   I should add that what Swinton did was incredibly brave and I do admire her for it, but the crimes are still on-going, and more needs to be done than a celebrity appearance.

Another reason why this seems so doomed and cynical is the fact that the Russian government has never really cared about their foreign image, so I doubt they’re going to be quaking in their boots at this particularly low-key threat.

Dan Savage is at the forefront of this campaign, however, one of the brands that he has singled out and that is quite prevalent on the list of “to be boycotted”, is made in Latvia by a company owned by another company in Luxembourg.  Some research next time, perhaps.

I’m all for campaigning, but this all seems terribly unorganised. Is this really the best attempt at getting “back” at the Russian government?

Alleged to have blood stream consisting entirely of snake venom and gin, some say a single scratch from his perfectly manicured nails can kill a man in under a minute. Lewis works in PR and journalism, and aspires to become this generation’s “Little Edie”.

View all posts by Lewis Fellows →

One thought on “Boycott Shmoycott”