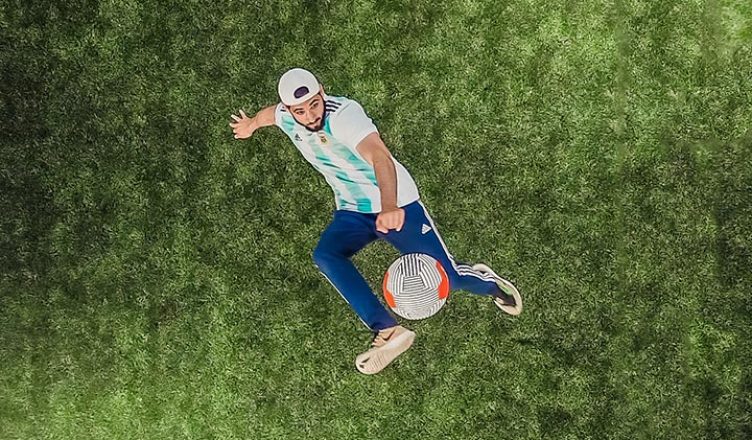 In 2008 I watched the Beijing Olympics, and like many people marvelled at the incredible feats completed by sportsmen and women such as Usain Bolt, Sir Chris Hoy and Michael Phelps. I had only been out to my family for about a year, and so I was very aware of just how few openly gay and lesbian athletes there were.

I read an article that said only 10, out of the nearly 11,000 athletes taking part, were openly LGBT. And only one of those was a gay man. I was pretty disappointed. I’d come out thinking this was a time when being gay couldn’t hold me back from anything, but here I was realising that to become a famous sportsman I would never be able to be open about my sexuality. It made me incredibly sad.

Fast forward to 2013 and the status quo seems to remain. In the UK, in our major sports, very few men have come out as gay. There was Welsh international superstar Gareth Thomas, bravely showing that you can both be one of the hardest men on the rugby pitch and also gay, and Steven Davies, the England cricket player whose coming out was met with very little fanfare. We still await the time when any professional footballer, after the harrowing tale of Justin Fashanu, will ever come out as gay and remain playing. Yes, Robbie Rogers – an ex-Leeds player – recently came out, but he retired from the sport just before, stating that he couldn’t have been gay and continued playing.

According to recent articles in The Guardian and PinkNews, 8 professional footballers have told their teammates, clubs and the Professional Footballers Association that they are gay – but fear coming out because of a backlash from fans. The four major sports in the USA have, until recently, had no gay star. However, just a few weeks ago, NBA star Jason Collins came out and there are rumours of four NFL players planning to come out together within the next couple of months.

It isn’t for me, or anyone, to try and guess who those gay players are, or to out them. Doing so is as disgusting as forcing someone to hide in the closet. Nor is it for us to judge those who remain closeted. They will have their own reasons for doing so, the same as many ordinary men and women do. Footballers may fear a backlash from fans, although I believe that, in the UK at least, sports fans would be mostly supportive, as they were in rugby and cricket. They may not want the responsibility that would come with being the first out professional, instead understandably being happier for their skills to do the talking rather than their homosexuality. I fear, perhaps, that the massive attention around this issue from the media and from gay rights campaigners may prevent some people from going public.

This is not simply about sport showing that it’s progressive, it’s about getting role models for every single part of the gay community out and proud. There are going to be kids who want to be footballers, astronauts, dancers, actors, doctors and anything else you can name that are also having to deal with their own sexuality. If they could see just one person who has succeeded in their chosen field and still managed to be open about their sexuality, then coming out would not be such a scary prospect.

The conversations we are currently having about sport are the same that we need to have for actors and musicians, academics and politicians. Yes, in most sectors of society you could at least point to one openly gay or lesbian success story – but more needs to be done to show that these people are normal and are capable of achieving anything. I look at the fabulous actor Zachary Quinto as an excellent example of someone who is gay, but who does not let it define them. He is proud of it.

There is a fine line between celebrating our sexuality, showing young people that we can succeed whilst being open, and making someone’s sexuality the most important part of them. I think, for many in the closet this is a reason why they can’t be open. However, unfortunately, until there is no question of someone’s sexuality playing a part in whether they can succeed, we must look to the trailblazers like Jason Collins and Gareth Thomas to guide the way for more openly gay representation in sport.

One thought on “Coming Out Playing – LGBT In Sport”