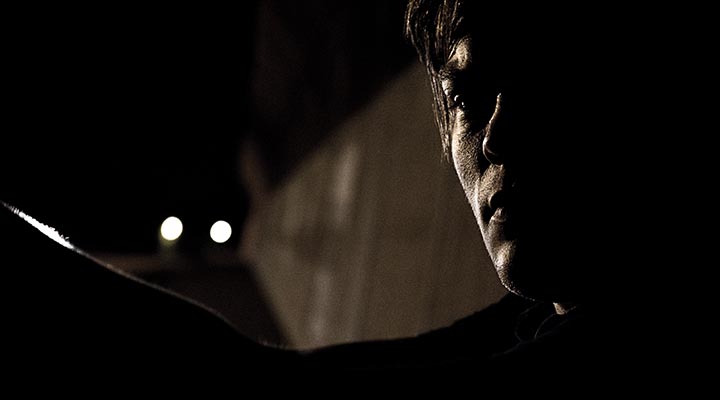 The Advocate recently ran an op-ed by Neal Broverman, publisher of Out Traveler, in which he declared that all LGBT+ people are ‘damaged’ and ‘screwed up’. Not just some of us, mind – but all of us. Me, you, your best friend, him. Not a single one of us is adjusted, healthy and balanced – apparently.

Setting aside my own feeling that we should try to avoid sweeping statements (we all make them from time to time), I find much that just feels untrue about Broverman’s article. Even more troubling are the implications of what he means.

Broverman’s argument seems to be that living in a society that hates us makes us shellshocked. That by facing adversity, we are somehow warped by the experience and made less than ‘normal’ (scare quotes mine). By trying to argue for our right not to be okay (perhaps I’m being generous in my assessment of his op-ed), Broverman instead pathologises the entire LGBT+ community. He says it’s okay for us to be ‘damaged’ and ‘screwed up’ – but is it okay for him to label all of us as emotionally maladjusted and broken?

The first thing that doesn’t feel right to me is that Broverman’s argument implies specific contrasts: ‘damaged’ versus whole, ‘screwed up’ versus healthy. These are not new concepts for us. The cishet world has been trying to put us into the misshapes tray for generations – and many of us have embraced that with fierce defiance. But being different doesn’t equate to being broken.

The damaged/whole, screwed up/healthy distinctions aren’t helpful because they’re a) subjective and b) value-laden. More importantly (and I know I said I would set this aside but …), they’re generalisations. Some of us are happy to be called ‘damaged’ or ‘screwed up’ – but some of us aren’t. Some of us certainly are unwell and at risk – but all of us?

I applaud Broverman for saying he’s both damaged and screwed up, and I applaud him again for saying that he doesn’t see anything wrong with this – but I would ask him not to have the temerity to speak for every person in our community. We don’t all look and sound the same as him. We don’t all have his background and his influence. Not every LGBT+ person is a columnist with an international audience. We can’t all accept the definitions and distinctions he provides so easily – and really, he might have a lot less to lose by accepting these labels than might others in our community. A cynic might even say he benefits by writing such a column – which he was no doubt paid for and which, with its controversial statements, widens his audience and influence even more.

‘How could we not be emotionally harmed by a society that tells us we’re screwed up at every turn?’ he asks. Ironically, of course, Broverman fails to see that he is the one telling us we’re screwed up on this occasion. If his argument is true, he too is harming LGBT+ people.

But to have faced harm at some point in your life is also not the same thing as being damaged now and forever. Harm hurts us by definition – but damage implies a reduction of worth, a loss of integrity (bodily, emotional, moral) or some lasting effect which is difficult to recover from and which moves beyond mere ‘harm’. We can be hurt and recover with time. Damage, however, requires active fixing.

If every LGBT+ person is forever ‘damaged’ simply because they face challenges others do not, this would also make every woman, person of colour or person with a disability ‘damaged’ too. The only people in contemporary Western society who might not be ‘damaged’ – by Broverman’s standards – would be powerful white men who identify as heterosexual and cisgender.

Society is violent and harmful. It needs to come with warning signs. It hurts all of us – even if that hurt is different, stronger or more frequent for some people than others.

What qualifiers exist before we label someone ‘damaged’, then? Do they have to be hurt a little? Harmed a lot? Or do they just have to be queer? ‘Other’?

What is the effect of labelling ourselves ‘damaged’ and ‘screwed up’? Does it lessen our self-esteem or empower us?

Broverman writes, ‘All of this hatred we experience, whether it be overt or covert, is internalized and exerts itself in different ways — some succumb to drugs, promiscuous sex, or self-hate.’

Thanks, Broverman, for another sweeping statement.

What is meant by ‘succumb’, exactly? I never thought that my own bodily autonomy was simply a product of internalised hatred. By Broverman’s logic, if I choose to do what I want with and to my own body, it’s because I hate myself. If I love myself, I guess, I should act exactly like he does. Sorry, but I don’t buy that either.

Do some LGBT+ people use drugs and sex to hurt themselves? Sure. So do many cishet people. There may even be studies that point to an increased prevalence of substance abuse and sexual disorders in the LGBT+ community – but that still doesn’t mean every LGBT+ person is the same.

But it’s not the ‘succumbing’ that is dangerous, but rather the abuse and misuse of drugs, sex, alcohol, food, and whatever else might challenge a person.

Freedom of choice isn’t the issue – it’s the inability to make a choice that feels free and feels your own. Having one or two drinks every now and again isn’t generally considered a great problem – it’s only when one or two drinks turn into ten or twenty, and you can’t seem to stop yourself, that it becomes something you might want to fix.

More: ‘But most of us deal with it and prosper. I wonder if some gays would equate the “damaged” label with weakness; that to be affected by an intolerant society is a reflection on your own strength or perseverance.’

RELATED ARTICLE  6 tips to improve your sexual health and wellbeing

Well … damaged doesn’t necessarily mean weak, but it does mean broken and less valuable. Dictionary.com defines damage as ‘injury or harm that reduces value or usefulness’. The term is, as I mentioned before, value-laden. To be damaged is to be more than injured or harmed – it is to be injured or harmed in a way that reduces us or makes us less valuable. But how much ‘value’ we have is not for Broverman to decide – worth comes from inside.

I prefer to think that instead of being damaged, we all instead have challenges. Some of us can rise up to meet those challenges more easily, while some of us might struggle a little more. Struggling, in itself, doesn’t make you ‘damaged’. Struggling makes many people stronger – but even if it doesn’t, you can still recover from the harm or hurt it causes.

‘Damaged’ and ‘screwed up’ are charged words. They are subjective labels dressed up as objective truths about our identities and lived realities. They don’t universally describe every queer person’s experience. To reduce all of queer experience to fit into these categories is to reduce us all as individuals as well – we are nothing more than queer, nothing more than damaged, nothing more than an indistinguishable mass.

Are we injured or hurt by society? Maybe. Just as women, people of colour, people with disabilities and people of specific classes or backgrounds might arguably be injured in various contexts and in various ways. But do those injuries inherently reduce our value or usefulness? Absolutely not. It’s society that’s damaged, and we’re just doing the best we can within that flawed framework.

Injuries heal and we get better. We can and we will rise up. We’re already getting better. We’re not damaged, just occasionally bruised.

And here’s where we do agree, Broverman: we will make things better for the next generation, just as the generation before us made it easier for us too.