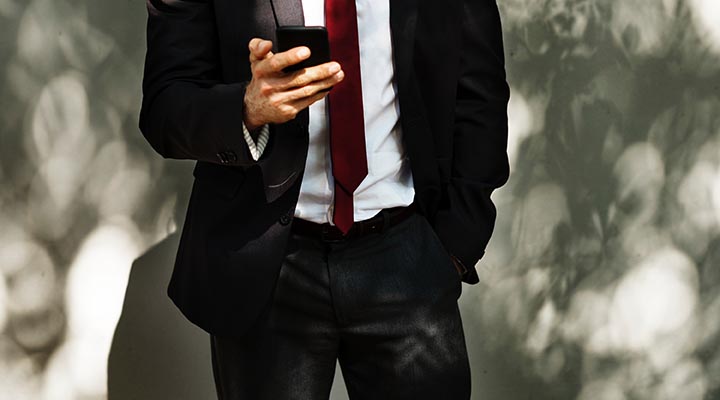 A few months ago, my partner broke up with me after five years. I thought he was the one, and that I’d never date again. Clearly, I was wrong, and to say I was just short of heartbroken is an understatement. I cried for weeks, slept cuddled up to my pillow, and ate a pint of Ben and Jerry’s ice cream every night while listening to sappy love songs of love and loss. Don’t judge, we’ve all been there.

After a few weeks of seeing me in such a pitiful state, my friend suggested downloading dating apps as a way to get myself back in the “game.” What game? I never thought of it that way. I always thought: You’re gay. I’m gay. Let’s talk over dinner and a drink. If we hit it off that’s great. If not, so long.

Dating was never a game; it was just a way of meeting a person that could be a potential partner. The last time I had been on a date was with my ex-boyfriend. We didn’t meet over the internet, or through an app. Instead we met—in what seems an ancient courting ritual of the most awkward kind—through a mutual friend. Gasp.

We exchanged numbers, texted, called, and went to dinner and a movie. No games, just honest forthright communication. Sex preference in position wasn’t even discussed.

This time around, I was unprepared for what would greet me; a single gay man deciding to get back in the “dating game.” Gay, bi, and curious men awaited me when I used my smartphone to download the first app I searched for under the words “gay dating.”

Here were men I could talk to at the touch of my fingertips. I’d be lying if I said I didn’t blush. I blushed so furiously my face almost fell off.

After the initial shock, I created my profile, picked out the best selfie, and messaged the first man that caught my eye—shirtless hottie with a body and a bulge.

S: Hello, how are you doing? My name’s Sean

I dropped my phone. Why the hell was this man asking if I was a top or bottom? I never ever really thought of myself in terms of whether or not I was a top or a bottom. What did it matter? Sex was sex to me and positions were irrelevant. It shouldn’t have mattered to a man that couldn’t even introduce himself properly. Why was a man I didn’t even know asking me such a personal question?

I killed the app and was terrified of ever signing back on. Yet curiosity killed the cat. However, I told myself it was just one person and it was just a question.

I changed my stats: white male, age 24, looking for good guys, relationships, and dates. That should do it.

I messaged the next guy I thought was rather hot—sexy underwear and all.

G2: Great, I’m a powertop. Want to be dominated?

I killed the app again. What the hell was a powertop, and why did he think I wanted to be dominated? I mean, I know I’m not the most masculine looking man, and you could classify me as somewhere in-between twinkie on his way to becoming a bear cub. Does that classify me as someone who wants to be dominated? Ask me on a date first dude. Buy me a fruity drink – I’d prefer it to be a Cosmo – and we’ll be set.

One thing was clear though: I was learning to play the game. Dating was all about finding the other half, physically. It was a game of tops and bottoms, you could win or you could lose. After having been asked twice, I thought seriously about it.

I labeled myself accordingly, and I elicited a response, although not the kind I was expecting. The game was both intoxicating as well as challenging. How to meet a guy without sex being the only part of the equation? Did I just want sex? Is that why I kept going back onto Grindr?

Curious once again, I logged back in. This time looking at pictures and profiles that were similar to the stats I presented. I wasn’t going to just message anyone.

If this is a game, I’m going to play it the best way I can. I included role in my stats. If these men wanted to know, I’d give them an answer without having to do it directly. I would be able to start a conversation without that infernal and frustrating question. Game on

S: Do you mean bong as in a sexual sense of the word?

S: No I don’t want a bong, and you most certainly can’t fuck me.

Bong!?!?! Was this guy serious? Who tries to sell a bong on a dating app? I thought the game was about sex? Annoyed, but also impressed by this guy’s straightforwardness, I decided to give up my search for a partner on Grindr.

I had encountered every kind of guy that I was unprepared to talk to, and had lost my faith in finding a guy that wasn’t just interested in sex and getting a piece. Losing miserably in this so called dating game, I decided that maybe a dating app is not the best way to meet a partner, or someone I would like to take on a “conventional” date.

So for all my fellow newly single gay men out there, I have advice for you. Keep in mind that it is quite scary to get back in the game, and it’s a challenge that might threaten to bring you down. If you’re anything like me, keep your standards high, don’t just talk to anyone with a pretty face, and whatever you do don’t play all your cards at once.

I made the mistake of using labels—fuck labels. Be you, and do you. That is all that matters. Most men will argue that they ask this question to make sure of their compatibility. Fuck compatibility. If they care, they’ll think of other things to talk about, and pursue other avenues before trying to get in your pants.

Dating shouldn’t be (all) about sex, even if you are gay. If you’re looking to go on a serious date with a real man that isn’t just interested in getting a piece, don’t do it through Grindr. Save yourself a lot of trouble, and don’t download the first app that you find.

It’s hard to find a partner on there, but often just men looking to get some. You will find, however, a game that you will sorely lose – a game of tops and bottoms.