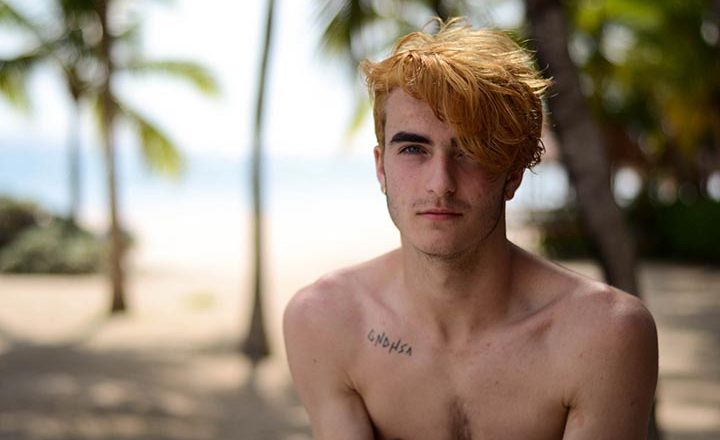 David Dey
All my opinions are annoying and wrong and it's an administrative error that I continue to live. I have loads of ambition but unfortunately I simply can't be arsed doing a thing about it. I can't dance, I dress appallingly and I have no Gaydar - send help! @DavidJamesDey

I once slept with another redhead and it felt like I was committing incest.

Thankfully, that’s absolutely what I’m into, so it was a wonderful night where many memories were made. Regardless, why was this the case? Am I instinctively repelled by my own hair colour, or has society forced upon me an entirely unnatural revulsion? More often than not, it would seem that there is an underlying notion of shame attached to having red hair. Various other gingers I’ve polled (not a euphemism) have invariably decried the idea of hooking up with another adorned with the hair of flame as ‘creepy’, ‘unforgivable’ and ‘sex? Oh no, you must have me confused with someone who actually gets laid. One of those blond whores that the village elders speak of.’

I have a paradoxical and contradictory approach to red hair, one that is unfortunately aided and abetted by my simply delusional sense of self. I have reverse body dysmorphia: I look in the mirror and see someone way fitter than I actually am. It’s a nightmare for psychiatrists, who continually have to break it to me that I’m utterly stinking. I never believe them. ANYWAY – I think red hair is beautiful on women. Siobhan Donaghy (the phoenix of our time). Karen Gillan (don’t, I’m not ready to accept what she has done). Nicole Kidman (when her career as a professional faggot disguiser was really taking off). It is exotic, alluring and irrepressible. Eve and Lilith, the original temptresses, are frequently depicted with hair so red and so long that it enraptured men with wild abandon.

Conversely – and I am not proud of this – I think red hair looks undesirable on guys. And this is when my grotesquely misinformed ego joins the cast. The exception to my horrible rule is me! I love the colour of my hair (you may disagree, and you’d be completely correct in doing so). I don’t feel the shame or displeasure that many redheads do for having ginger hair, but that’s partly because I arrogantly believe mine to be somehow better. I’m a horrible person. I don’t know – red hair can just go so wrong. Gok Wan (welcome to 2007, enjoy your stay) is lying when he says that everyone is beautiful. Some people just plain aren’t – I mean I certainly ain’t.

As such, I believe that there can be good red hair and bad red hair. Nonetheless, I think we’d all agree that you wouldn’t really get away with saying ‘there can be sexy black skin and gross black skin’. I have a sneaking suspicion that that one’s pretty non-negotiable. Should it not be the case for redheads, too? It is, after all, just a coloured part of your body. I don’t know if I should actually be allowed to declare ‘some red hair looks so bad’ with complete conviction. But I do, and it doesn’t exactly help the sisterhood out, does it? And, fundamentally, are we not all created equal under the blazing crimson sun – pasty skin and crayon-orange hair be damned?

It would appear not – I have a sneaking suspicion that widespread, institutionalised gingerism (…) has instilled in us redheads a hierarchy of hue of hair. Look no further than the ludicrous claims in this article, for one. Similarly, I bumped into the divine Diane Spencer, ginger comedian, in a bar at the Fringe yesterday. She had been at the ginger parade in Edinburgh earlier that day, a march half-humorously organised by another ginger comedian (and fellow gay redhead) Shawn Hitchins. ‘We need to breed them out,’ she declared with polished melodrama, ‘they looked like they’d crawled out from underneath rocks’.

RELATED ARTICLE  10 Ways to Know You're Gay at Christmas

Perhaps I am writing this from a place of privilege. I’ve never had any abuse for having ginger hair. Not once. Still, I can’t entirely be sure – my alarming bubble of denial keeps a lot of things at bay. Irrespective of this, escaping ginger abuse in Scotland is an exceptionally rare feat. The irony of this is not lost on me, especially as it is estimated that roughly a fifth of the world’s redheads come from Scotland. Don’t abuse your biggest, most readily identifiable and culturally-established export, Scotland! What else do we have? Heart failure and an instrument that produces notes that were designed to kill. It exhausts me.

There was one time, however, where I felt real shame about my flaming locks of auburn hair. When I was 19 ITV embarked upon the filming of a documentary series named Made in Scotland. Because literally nothing at all is made in Scotland, they only ever produced three episodes. One episode had an adhoc segment on redheads.

I was lured in off the street with promises of free food and booze (all orange-coloured. I wish I was joking. I wish I was dead). It was a resoundingly depressing affair. The place looked like a convention for disgraced clowns. They interviewed me regarding my dull opinions on redheads; when I told them I had had an easy ride, they asked me to make something up – propaganda! By the time it went to air they’d cut everything down with all the brutality of an Eastern European hairdresser. So much so, in fact, that I am captured simply uttering ‘ginger pubes’ into the ether, free of context, relevance or direction. No more, no less. Those words, ladies and gentlemen, are the only words I have ever spoken on television. I’d gone nearly twenty years without feeling any kind of embarrassment relating to my hair colour, and in that moment – the broadcasting of those two words – it was all brought crashing down.

I wouldn’t say I was proud of having red hair, purely on the grounds that such a claim seems inherently ludicrous. It’s purely accessory. I’m not proud of having fingernails. But do I like having red hair? I do. But do I also have a contradictory, prejudiced and illogical determining system that decides what red hair is good and what red hair is bad? I also do. My mantra can be summarised thusly:

When it is good it is very, very good, but when it is bad it is horrid.

All my opinions are annoying and wrong and it's an administrative error that I continue to live. I have loads of ambition but unfortunately I simply can't be arsed doing a thing about it. I can't dance, I dress appallingly and I have no Gaydar - send help! @DavidJamesDey

View all posts by David Dey →