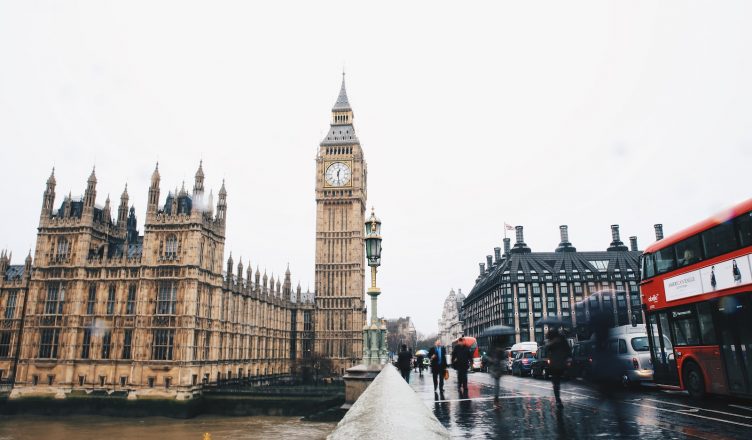 It’s true that Lizz Truss’s honeymoon period was always going to be short-lived. If there’s a change of prime minister partway through a term, it’s either because the outgoing prime minister has chosen to retire after a long successful premiership, or because things have gotten so bad their own party wants rid of them.

I cannot recall a time when a prime minister has lost control so quickly into their premiership. It’s only six weeks in and the political narrative is already ‘can Truss survive the day?’

Truss was declared winner of the Conservative leadership election, taking 57.4% of the membership vote against former chancellor (and favourite amongst Tory MPs) Rishi Sunak.

Truss then proceeded to appoint a cabinet of inexperienced allies and chose to sack existing ministers who had supported Rishi. There was an ideological shift (even further) to the right with this new Government – which seemed like it might be music to the ears of those wanting low taxes and small government.

Truss’s new chancellor, Kwasi Kwarteng announced a ‘mini budget’ filled with unfunded tax cuts for the wealthy amongst other big-spend projects. It was a huge gamble.

At the time, The Daily Mail gushed, ‘At last! A true Tory budget.’ But even their self-serving glee wouldn’t last. The Economist described the shambles as ‘How not to run a country’, and it’s all been downhill from there.

Return of the ‘nasty party’

This was a plan driven by ideology not economic reality, and even most Tory voters seemed to hate it. It was a return, some said, to the days when the Tories were known as the ‘nasty party’.

The Government declined to publish independent analysis from the Office for Budget Responsibility (now due to give us a scare on Halloween), which was a measure brought in by the Cameron Government in 2015. The free market idolisers of Truss and Kwarteng chose to announce their policies and let the market decide instead.

Rather predictably, the markets didn’t like it. The value of the pound plummeted to record lows, the cost of paying off the national debt increased significantly, and mortgage rates rose drastically – with some banks pulling mortgage offers all together.

The Bank of England announced that it would not delay raising interest rates if it needed to shore up the market and attempt to control inflation. It also had to bail out the Government by purchasing UK Government bonds in order to secure the pension markets. Yet Truss and Kwarteng were ‘in lockstep’ with each other and refused to budge despite the chaos.

It was only when the Bank of England said it would no longer bail out the Government that Truss called the Chancellor back early from a meeting at the International Monetary Fund – who had also been critical of the mini budget. 30 minutes after he had landed, he was sacked by the Prime Minister.

Kwarteng’s replacement was former foreign secretary Jeremy Hunt – who had been knocked out of the leadership contest in the first round.

Hunt became the fourth Chancellor in four months. Truss announced him as a man of experience and he was given free reign to readdress the mini budget.

Three days in and something quite remarkable happened: the new chancellor went on TV and announced that he was reversing the majority of the mini budget. The tax cuts were scrapped. The two-year support for energy bills was reduced to just six months, pending a review. To add insult to injury, there was also a warning of further spending cuts to be announced.

‘Not hiding under a desk’

What we witnessed was a chancellor publicly telling off his prime minister and trying to correct her errors with a shift of economic policy away from the prime minister’s beliefs to a vision for austerity 2.0. This wasn’t a U-turn, but a screeching handbrake turn at top speed.

Later that day, Labour MPs called for the Prime Minister to come to the House of Commons to make a statement on the sacking of Kwarteng. She sent Leader of the House Penny Mordaunt instead.

When the new chancellor turned up to take questions about his policy reversals, the Prime Minister quickly followed. Moments after the statement by Hunt, she quickly left the chamber again.

MPs and pundits alike were referring to Truss as Prime Minister in name only, referring to Hunt as the man in charge. During the leadership election, people would say Truss was underestimated during her time in Government; now they say she was clearly overestimated.

Rumours started swirling of a leadership coup brewing, as Tory MPs sought a ‘unity candidate’ to avoid a thrashing at the next election. Some wondered if Sunak might come in and take over.

Former culture secretary and Boris Johnson loyalist Nadine Dorries suggested there were only two options: bring back Boris or call a general election.

But under Tory party rules, a new leader can’t face a leadership challenge for 12 months, regardless of the number of letters of no confidence being submitted.

The rumour mill went into overdrive with reports of backstabbing and disloyalty, with some Tories allegedly even considering a change to the rules to try and force Truss out.

The opposition parties have been calling for a general election instead (something 650,000 members of the public seem to support), but faced with a 70+ seat majority, a vote of no confidence to trigger an election would not pass without the support of a few Tories.

For a while, this was looking like the more plausible option, as Tory MPs were briefing journalists that they were planning to step down at the next election rather than defend the prime minister.

But just when we thought things couldn’t get any more chaotic, the Home Secretary Suella Braverman quit the Government after a ‘technical breach’ of the ministerial code.

In Braverman’s resignation letter, she attacked the Prime Minister (like the ‘tofu-eating wokerati’ before her), saying she had concerns about the breaking of election promises and that the Government had lost direction.

Truss then appointed former Transport Secretary Grant Shapps, whom she had sacked from cabinet just weeks before, making him the third Home Secretary in three months and making Braverman the shortest serving Home Secretary since World War II.

That evening, the Labour Party tabled a motion to force the Government to bring a vote on their repeal of the ban on fracking – fracking being an issue that numerous Tory MPs are not happy with. Throughout the day, Tory MPs were told that the vote on the fracking motion was to be treated as a confidence vote – and that if they voted against the Government, they would lose the whip, kicking them out of the party.

Perhaps anticipating defeat, in the closing moments of the debate Climate Minister Graham Stuart stated that this vote was not a confidence vote after all.

Chaos once again ensued. MPs didn’t know what was going on and what’s more, there was confusion over whether the Chief Whip Wendy Morton and her Deputy Craig Whittaker were still in post or not, with the Telegraph reporting that both whips had quit and then returned in the same evening.

According to the website Conservative Home, Morton and Whittaker did their resignation ‘hokey-cokey’ after Graham Stuart contradicted them about whether the vote was a confidence vote or not. In his article, political journalist and former Conservative MP Paul Goodman writes, ‘Liz Truss [allegedly] chased Morton through the lobbies to persuade her to stay on, thus missing the vote, and so initially being registered as having failed to support a confidence measure that she herself had called…’

As usually happens in such situations, a junior official has been blamed for ‘erroneously’ informing the Climate Minister that the vote was not a confidence measure.

There were also reports that Tory MPs were manhandled and shouted at in an attempt to quash any rebellion, with Standards Committee chair Chris Bryant calling for an investigation into the behaviour of his colleagues.

After MPs briefed the press about their fury at the chaos and poor management, talk once again turned to whether Truss should resign or not.

It’s often said a week is a long time in politics, but now it seems each hour is a long time for this government. People can come and go, and come back again, before a journalist like me can even hit ‘send’.

The question of how long this government can continue to limp on is dominating the news story – at a time of record inflation and a cost of living crisis that the party of ‘fiscal responsibility’ just can’t seem to get a handle on.

I would expect a confidence vote to be tabled soon, and we may yet see more resignations if Truss refuses to step aside. I’m loath to ask whether it could get any worse because, true to her word, Liz Truss delivers, delivers, delivers on the chaos front. Sadly, that’s the one deliverable we don’t need right now.