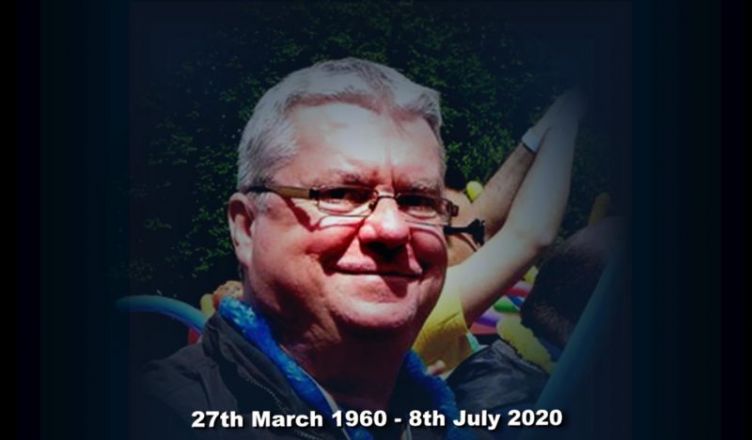 Luton has a long history of gay activity throughout the twentieth century. Some say this is because it was always a place people travelled to for work. Others say it was because people travelled through the town on their way to London. The hat making industry that Luton’s success was based on attracted a lot of single women at the turn of the (20th) century and the First World War cost a huge number of local men’s lives. These are all theoretical explanations and I cannot confirm or deny them.

What I have found out is fascinating. Luton’s gay bars existed before the Second World War. It’s thought that there was a molly house in the nineteenth century in what is now Chapel Street. There was a bar on Chapel Street in the first half of the twentieth century and people there were arrested for dancing!

During the war the town was a major target for the axis powers due to its importance to transport and communications. But Luton is in the Lee valley and lies in a dish. So during the night the forces would put oil burners in the town and burn old sump oil. This would send a vast plume of filthy black smoke over the town at the top of the valley. Meanwhile artificial lights were set in and among the surrounding Warden Hills and the Chilterns. This created an illusion of the surrounding countryside being urban and the actual town was disappeared. It was said to look like a lake from the skies. The upshot of this was that the town was pitch black during the night and this offered a lot of opportunities for opportunistic casual gay sex. The presence of American soldiers made the whole thing rather more exotic!

The axis powers eventually saw through the subterfuge and Luton was extensively bombed. The planners finished off what they started and there is hardly an old building left in the town, but more of that later. After the war, there were meetings of gay men in the town in several dwellings: not just for liaisons but for discussions and debates. The local Liberal party was always popular in Luton and doubled as a kind of gay men’s social network during the ‘50s and ‘60s.

Cut to 1967. The Panama bar opened for market traders and was legal and above board. But there was a back staircase that led to a gay bar upstairs. This was widely used and broadly popular until 1971. Then the planners came. They pulled down Waller Street, together with the rest of the old town centre, to build The Arndale Centre.

In these hard days the gay community upped sticks and moved to Dunstable – the old town on the other side of what is now the M1 – to a pub that to this day is known as The First and Last. This pub had its own back room with its own back door. It still exists with the same name today but it is no longer a gay venue.

Meanwhile The Pan Club opened in Bute Street, above what is now the Sun Do Chinese restaurant, opposite The Coopers Arms. This was a private club with four investors, including Ernie Almond of the Ern and Vern Show on BBC Three Counties Radio. If any of you live in Herts Beds or Bucks it’s a weekly treat consisting of two hours of camp nonsense every Friday at 10pm. For those outside you can access it on the web. This was a bona fide operation with a first floor bar and a second floor restaurant, to meet with the legal requirements of the time. It ran from 1971 to 1986 I’m told.

Now up to the Marquis of Bute in Liverpool Road. This street corner venue used to brew its own beer. Along came Roger Parrot (not the whiskery ventriloquist!) who turned it into an exciting new gay venue called Louis Bar, with blacked out windows and lots of indoor mirrors for cruising. He ran it in his own individual style and took no prisoners. He was even known to eject police officers when they came to spy or do whatever they did at the time. He left for the better climes of Bournemouth where he continues to run The Creffield, an exclusively gay hotel. The baton was passed to Michael, who changed the name to Shirley’s Temple; named after his female alter-ego. Lesley, a trolley dolly with huge shoulders, joined him as a female business partner and it was a welcoming place when I arrived in 1995. Everyone had their own nickname; generally with a gender reversal. I was given the grand title of Mrs. Pomfret. A word should be said here about Luton’s very own drag queen, Betty (formerly Betty Bus) who has been known to compere events and grace the good LGBT people of Luton with her presence for two decades or more.

Meanwhile, Talullahs in Upper George Street operated as an unofficial night-club. Lesbian run, it provided a late night venue for all of us until some plain clothed coppers spent a couple of weekends there and exposed it for running illegally on a restaurant licence and it was closed down. It re-opened as a properly licensed night club but wasn’t quite able to meet the bills and closed down around 1999.

The Inkerman Arms in Inkerman Street (not Weatherfield!) was round the corner and it went gay in 1998. After a series of disastrous ventures it was run successfully by a chap called Glyn. The recipe was simple: like Michael and Lesley, Glyn ran the place like it was his own living room and made everyone welcome. About the same time a huge Whitbread pub reopened as a gay venue called The Green Dragon. This was run by a lively American lesbian who loved country music and wore a cowboy hat. Can’t remember the name. About a year later The Coopers Arms in Bute Street went gay. A Greene King pub near the bus station, it was renovated as a major real ale outfit. It failed and the new tenants turned it into a gay bar. The significance was that it was an official brewery tenancy, that it had clear windows and you could see who was in and – as it were – out, and that it was in a very busy part of town. It was probably the only gay Greene King pub in the world! Although there were no specific trans venues, Shirley’s welcomed a number of local MTF transpeople throughout the ‘90s. For a year or so Luton had a seriously big gay and lesbian scene. But it was not to last.

A decrepit old bar in Dunstable Place was licked into shape and opened a gay night-club Flame in 2000. This was run by Nick, and ex RAF employee, and his business partner Rod (Nick and Rod; I kid you not).

Finally, in August of 2005, Pete and Del opened The California Bar on the site of the old Kings Arms in Chapel Street, probably inches away from that bar that was around before the war. It has clear glass in the windows too.

So what now? Shirleys Temple is a block of flats. The Green Dragon is a block of flats. The Inkerman has closed. The First and Last is part of the Hungry Horse chain. The Panama is Boots or Debenhams (probably) and the Pan Club remains closed, uncared for and untouched above a modern air-conditioned Chinese Restaurant. The Coopers is a straight wine bar. The California has changed ownership but remains gay. The old Flame (no pun intended) shut up shop and moved 100 yards down the road into the old Wellington Arms, where it is now a pub by day and a night club by night, and Nick is still to be seen at the turntables; often as his alter ego Miss DJ Fluffy. So two venues remain open and are often packed, but how many know how they came to be where they are today?

This article was originally published by LGBT+ History Month UK, and is available to read on their website. Republished with permission and in loving memory of Tony from everyone at Vada Magazine.