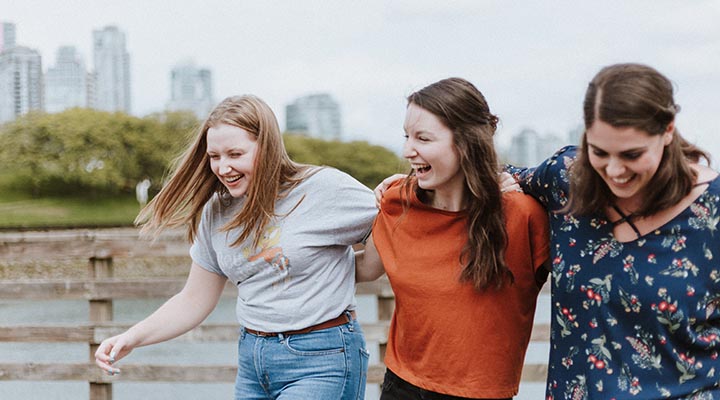 I’ve got something to tell you. I’m straight. To be fair, it’s quite clear. As a woman, married to the man she fell in love with at age 17, I’ve never had to hide my feelings from anyone (although my best friend at the time – I’ll call her ‘Kelly’ – was not happy at me spending more time with my new boyfriend than her). I mention Kelly for a reason – she thought ‘he’ was a phase.

By 17 I’d been around the dating block and knew what I wanted and knew what I didn’t want. My only ‘coming out’ was letting the world know that I’m into men who are intelligent, compassionate, kind, and make me laugh. The world never questioned that, or challenged me on it. My parents never – for a second – thought that it was a phase. That I’d wake up one day and decide that I really wanted someone who I couldn’t engage in conversation with, who was unfeeling, and who wouldn’t know a knock-knock joke if it, well, knocked on his door. So, what do I know about coming out?

He never actually said “I’m gay”, but made reference to someone he’d met at university who he thought was ‘the one’. He never mentioned a gender. I could feel him pushing me towards the knowledge despite the miles between us. I did the only thing I knew at the time and asked when I could meet him. Rick’s confession wasn’t ever really a confession, and I never actually made him say the words, but I could feel his sigh of relief from across the country.

I have to confess, I didn’t really understand the magnitude of the situation. He’d chosen me to come out to, and I’d just asked to meet his boyfriend. I never really made any fuss – I’m not sure if Rick wanted me to. But much like he accepted the 17 year-old me saying I was going to marry the guy I’d just met, I accepted that he knew what he wanted. Neither of us was going through a phase, and neither of us felt the need to hide what we wanted.

I have had a few other people come out to me – albeit, I wasn’t the first person they chose to tell. I’m somewhat ashamed to say that they can remember coming out to me, more than I remember it. They remind me that they had sweaty palms, drew a deep breath, and felt the need to blurt it out before I could get another word in. They also remind me that I thanked them for telling me, for trusting me with the information, and asking them if they wanted a hug. I remember none of it.

It’s probably no wonder that I’m a little disengaged with National Coming Out Day. The close friends who came out to me didn’t wait until the national day to tell me, they just picked a moment and told me. Although I may be disengaged, I’m not naïve. I know how hard it was, the emotional strain they must have felt, and that they’d probably practised the conversation many times before they actually went through with it.

I know for some, coming out is not a possibility, that the world they occupy isn’t as accepting as it could be. So my advice to you is this, whether someone chooses National Coming Out Day or some other day to tell you, be non-judgemental, accepting, and above all sensitive. For you it may be just another Thursday, but for them it’s the day they chose to come out to someone they trust. Respect that, and perhaps every day can be Coming Out Day.

RELATED ARTICLE  17 signs you have a very cool mother