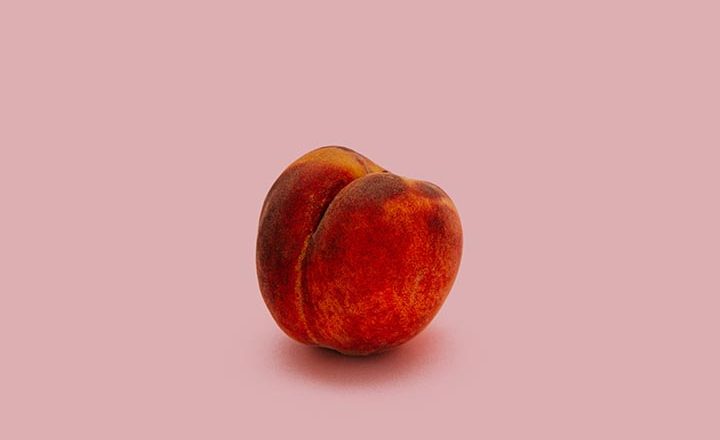 The rolling out of PrEP as a prevention for HIV could be the single most important advancement for the LGBT+ community since the 80s. It could liberate our community and save countless lives. No longer would we have to have the destructive duality of ‘clean’ and ‘unclean’, which speaks of our bodies as dirty, and stigmatises not only those who live with HIV but our entire community. HIV would no longer be ‘the gay disease’.

Case in point: Instinct ran the headline S.F. Gay Men Are Ditching Condoms In Favor Of Truvada yesterday. Cue angry queer men basically foaming at the mouth. Reading the comments on the article (which the headline seems to encourage), it’s clear that we’re just as eager to call each other sluts and whores as straight people are.

Truvada is a very successful drug used in the treatment of HIV. For a while now, its use as PEP (post-exposure prophylaxis), for men who sleep with men and medical practitioners who may have been exposed to HIV, has been noted with very high effectiveness. More recently, clinical trials have shown a high effectiveness for the drug when used – rather like the pill – as a preventative (hence PrEP or pre-exposure prophylaxis). Just one tablet a day has been shown to radically reduce the chances of someone contracting HIV – with an efficacy of up to 92% if used regularly.

As with any costly and potentially risky drug (there are risks of liver damage and other side effects with Truvada use, but it has proven less toxic than other drugs used to treat HIV), PrEP has undergone a series of trials in the LGBT+ community. It was initially offered to the HIV negative partners of HIV positive men, as well as some sex workers who might be deemed high risk. The results were encouraging enough that PrEP has been recommended as a preventative for HIV in the US and will soon be made available here in the UK too. Let’s bear all these facts in mind when we look at the article published over at Instinct (which, it should be noted, isn’t acting alone and has taken the tone of its reporting from the San Francisco Business Times, who first ran the story).

Okay, so what do we actually know? A ‘survey’ (not the same as a study, mind) has found that 45% of PrEP users in San Francisco have stopped using condoms altogether. This, Instinct claims, is ‘worrisome’. Instinct then goes on to qualify this with some actual commonsense.

Quoting the San Francisco Business Times: ‘It represents only self-reported condom use by a subset of about 90 PrEP patients in the Kaiser program.’

Instinct then adds a quote from Dr. Brad Hare, director of Kaiser San Francisco’s HIV care and prevention program, who says, ‘We can’t say how that applies to the entire group of people on PrEP.’

Firstly, 90 people is not a representative sample. Secondly, that sample is likely to be skewed – the first group of people in most countries to trial PrEP are those in committed sero-discordant relationships (i.e., those where one partner has HIV and the other doesn’t). Those offered the drug are also those most likely to have ‘higher risk behaviours’ (according to PLoS Med) in the first place. The results of the survey reveal that the stigma surrounding PrEP is unfounded, with the report stating that for users of PrEP ‘there has been no increase in the number of their sexual partners and no new HIV infections’.

In other words, monogamous but sero-discordant couples are not behaving irresponsibly: they’re replacing the 98-100% efficacy of condom use with the up to 92% efficacy of PrEP (this assumes condoms are used properly at all times and that PrEP is taken daily). This doesn’t take into account that the HIV positive partner, who must be diagnosed before PrEP will be issued to their partner, will be on their own medication (usually also Truvada). This drastically reduces their own chances of passing on the virus and can make their viral load (the amount of the virus in their bodily fluids) undetectable.

Obviously other factors make transmission more or less likely, so we shouldn’t be complacent, but the point is that sex is never without risk. Many of the men in this trial weren’t using condoms all the time anyway. Furthermore, HIV negative people on PrEP must get tested every three months – which includes testing for all STIs and not just HIV. In other words: there is also very little risk of other STIs, such as herpes or Hepatitis C, being passed on between sero-discordant partners who are both on Truvada, provided they don’t introduce new sexual partners into the relationship. This makes these couples no different to monogamous couples who test negative and then both decide to give up condoms.

In short: the chances of a sero-discordant couple passing on HIV while both partners are taking Truvada is very small indeed. Most importantly, this has resulted in absolutely no new HIV infections.

So is it really fair to slut shame people on PrEP? Do we slut shame heterosexual couples who only take the pill, instead of taking the pill and using condoms? If straight people didn’t have unprotected sex, there would be very few people being born in the world, after all. I think it’s unreasonable to expect LGBT+ people to be held to a higher standard of sexual ‘morality’ than heterosexuals. It also stinks of self-loathing – why are we so embarrassed by our own community’s sex lives that we demand saintliness to appease conservative sexual attitudes? The argument against PrEP (that it encourages ‘bad behaviour’) is much the same as the argument used against the pill, abortion and heterosexual condom use. It’s motivated by a desire to control the sexual freedoms of others, rather than by any desire to protect people from harm.

More importantly, PrEP is a vitally important treatment for our community. We should be embracing it instead of dismissing it as an ‘excuse’ for gay and bi men to be ‘bad’. PrEP levels the playing field somewhat, removing much of the stigma and burden of HIV that has resulted in fear of our community and low self-worth in queer people. If every queer man were to take PrEP tomorrow and stick to it, we might stop the transmission of HIV in our community. Isn’t that something we should be fighting for?

I know what the response to this article will be: that I’m encouraging bareback sex. That’s not my intention. I think we should all make our own decisions regarding our own bodies, and we should all take the responsibility for protecting each other as men who have sex with men (and men who have sex with men and women). But I’m realistic when I say that safe sex doesn’t happen all the time – even for those with the best of intentions. Drugs, mental health problems, alcohol, pressure from a partner and being caught in the moment all get in the way of good intentions. Better to have a backup plan than to let one tiny mistake change someone’s life for good.

PrEP stigma makes the fight against HIV harder, not easier. We shouldn’t be shaming each other for our choices – because shame leads to things being done in secrecy, instead of out in the open, and it’s always harder to battle something we can’t see.

One thought on “PrEP and the new slut shaming”