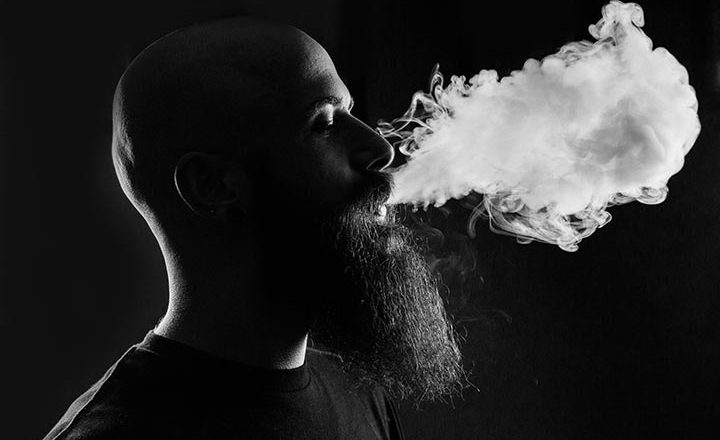 Chris Hitchings
Chris Hitchings is a slightly disorganised journalism student living, working and generally trying to scrape a living in Leeds. Born and bred in the Welsh valleys Chris has a penchant for the countryside. He has previously been compared to the love-child of Bridget Jones and American Dad's "Roger".

Leaving my house this morning, making my way to university, I followed my usual routine. Jacket on. Keys? Wallet? Phone? Check. I turned on my heels as I locked the door, reaching for my pocket in search of a 2 inches of heaven. There it was, 40p, or so, of glory. A small flicker of hope guiding me through the morning gloom. I placed it between my lips, and sparked my lighter, toxins filled my lungs and I exhaled a sigh of relief. It was cigarette time, and I couldn’t have been happier about it.

I checked my watch, October 1st, this date meant something, I knew it, but what? Then I realised, Stoptober, the date I promised myself I would quit the cigs, once again, and start hitting the gym, eating only lentils and getting up with the early morning sun to run before I started the day. Needless to say, so far it has been a total failure (I had an afternoon nap, went to TGI’s for dinner, and smoked more than a factory).

Disappointed in myself I spent the rest of the walk to campus thinking about why indeed do I, and so many of my peers, inhale and exhale our hard earned cash. It’s been over a year and a half since I started smoking again, having had a small hiatus after sixth form in order to save for the first year of my degree. I  started again for all the wrong reasons, the main one being because I thought it was ‘cool’ and ‘trendy’ – nothing screams “vogue” more than lung cancer. A former significant other in my life had this air around him when he smoked, and I wanted to be part of that exclusive, and seemingly elusive club. And why not? Smoking made me feel like a catwalk model walking down the high street. It boosted my confidence. It made me feel like an adult. For me, nothing beats the feeling of blasting some PCD’s and strutting past the masses, cigarette in hand. But most of all, it made me feel on par with Patsy Stone.

It’s the same for many of my peers, although maybe without the AbFab reference. A night out is not complete without chain smoking, wine in hand, scrutinising over our fellow revellers with the criticism of a harsh school teacher. In fact, there are nights where the time spent in the smoking area is the best bit.

I’m a hapless dancer, think Michelle Williams crossed with Susan Boyle, then extrapolate, and you have me. Essentially any chance of trying to pull on the dance-floor with some Swayze-esque shapes is a non-starter. So, I fall back to my second resort, chat and charm. However, I’m essentially half deaf in one ear, so trying to hold a conversation whilst Loreen is blasting out isn’t the best of plans. Henceforth to the smoking area, where it’s a bit quieter, and people are more open to conversation.

It comes hand in hand, like Lambrini and hangovers or chips with mayo. Holding a conversation without holding a cigarette is strange, for me anyways. Breaking the ice with “Have you got a lighter I could borrow?” is just enough of a question to work out whether that guy you spotted on the dance-floor is into you, or if he’s more interested in dodging you for someone else. Will he strike up conversation? Will it lead to a free taxi ride home?

Okay, okay, I hear you. Maybe this isn’t the exclusive reason why so many gay people smoke. Maybe it has something to do with how many gay icons are 20 a day smokers. Patsy Stone, Deirdre Barlow and the queen of tacky canvases, Audrey Hepburn, to name but a few. Smoking has a glamorous side, it makes you feel fierce, like you’re the toughest gurl on the block, nobody gonna mess with you. Until the day Bridget Jones – love pariah, chain smoker and a daunting look into my future – successfully quits, then cigarette companies can count on their affinity with gays as addicts. And let’s face it, when is that going to happen?

Social smoking is the norm for many these days, and by pushing smokers outside to indulge in their habit, the government has secretly made a free for all venue where it is easier to meet like minded people, strike up more than just a match, but a conversation, too.

Chris Hitchings is a slightly disorganised journalism student living, working and generally trying to scrape a living in Leeds. Born and bred in the Welsh valleys Chris has a penchant for the countryside. He has previously been compared to the love-child of Bridget Jones and American Dad's "Roger".

View all posts by Chris Hitchings →