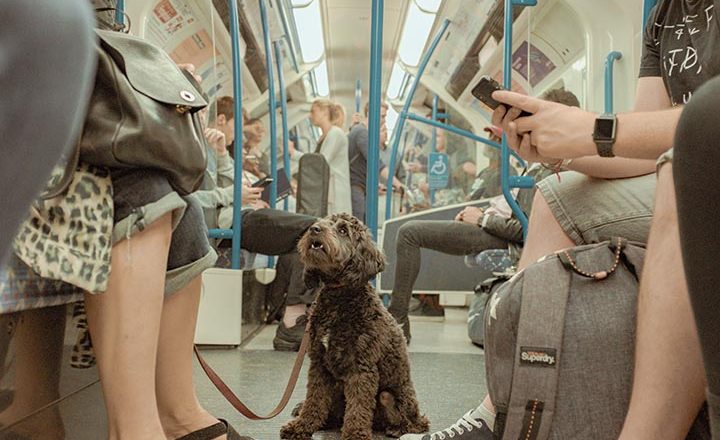 I have recently become a commuter again. A job in London, a need to save, and parents that live 25 miles outside the city mean it’s necessary for me, every morning and evening, to spend an hour and a half crammed in with hundreds of other people to get me to and from work. We sit, tightly packed together on one of the busiest rail networks in the country. Like most, headphones keep me within my own world, with no need to interact as we roll together into central London. No-one looks at each other, no-one shares a word. I see the same people every day, I notice when one hasn’t got the train, yet I don’t even know their names.

This, to me, is a sad indictment of our lives today. We live in an ever more interconnected world, where I can have a conversation with friends in America as easily as I can talk to a friend in the same village. A world in which companies can work seamlessly across time zones, in which the number of people I count as ‘friends’ are counted for me and displayed for all to see. And yet, we have distinctly separated ourselves. We have set up enclaves in which we feel comfortable; home, office, gyms and bars, and we rarely move outside of these areas. When we do, we travel either alone, or in silent carriages unwilling to experience the social interaction that should come from travelling together. On a train everyone is going the same way, this is something we share, and yet something we don’t discuss. For someone like myself, whose energy comes directly from social interaction, this silence and insularity is incredibly draining, affecting my levels of attention and focus as I get into work.

I’m sure I’m not the only one. It’s bad enough being forced to sit in a train for two hours, but with the pressure many feel to not leave their desks at any point during the day, not even for lunch, the lack of energy builds up. Humanity isn’t built to sit for long periods of time, whether in front of a computer or on a train, without physically interacting with people. Not only does this cause health problems (bad backs, becoming overweight etc) it doesn’t stimulate your brain. To me, this world of office working and commuting doesn’t make sense and it doesn’t benefit anyone. We sit in weirdly lit rooms, staring at a screen, communicating solely via email. People send you an email when they could quite easily get up, walk a few steps and talk to you. We create insular bubbles that surround ourselves, closing our minds to new ideas that come from discussions with people.

Last week, whilst coming home from work in that bubble, a man broke it with a tap on my knee. He’d seen my bag as I put it in the overhead storage, noticing the ‘Obama 2012’ badge I still had on it from my three months volunteering on the campaign last year. With a smile he said, ‘Obama? He is from my country. We are very proud of him’. Here began a wonderful conversation. The man was from Kenya, and had been recruited into the BBC World Service Swahili programming. He was fascinating, I learnt so much from him about Kenya, the World Service (of which I am incredibly proud anyway) even Kenyans going to rugby matches! And I left the train feeling totally energised, far from the usual drain I have in the evenings.

I guess my point is this. If we want to be happier, more content humans, then we need to rely on real social interaction. An actual conversation face to face with a human. We shouldn’t be happy to sit in silence, surrounded by people going the same way, forming an insular world for ourselves. We shouldn’t sit in the same weirdly lit rooms for hours on end. We should get out into the world, explore nature and explore people. Not only is this good for your physical health, but it’s definitely good for your mental health too.